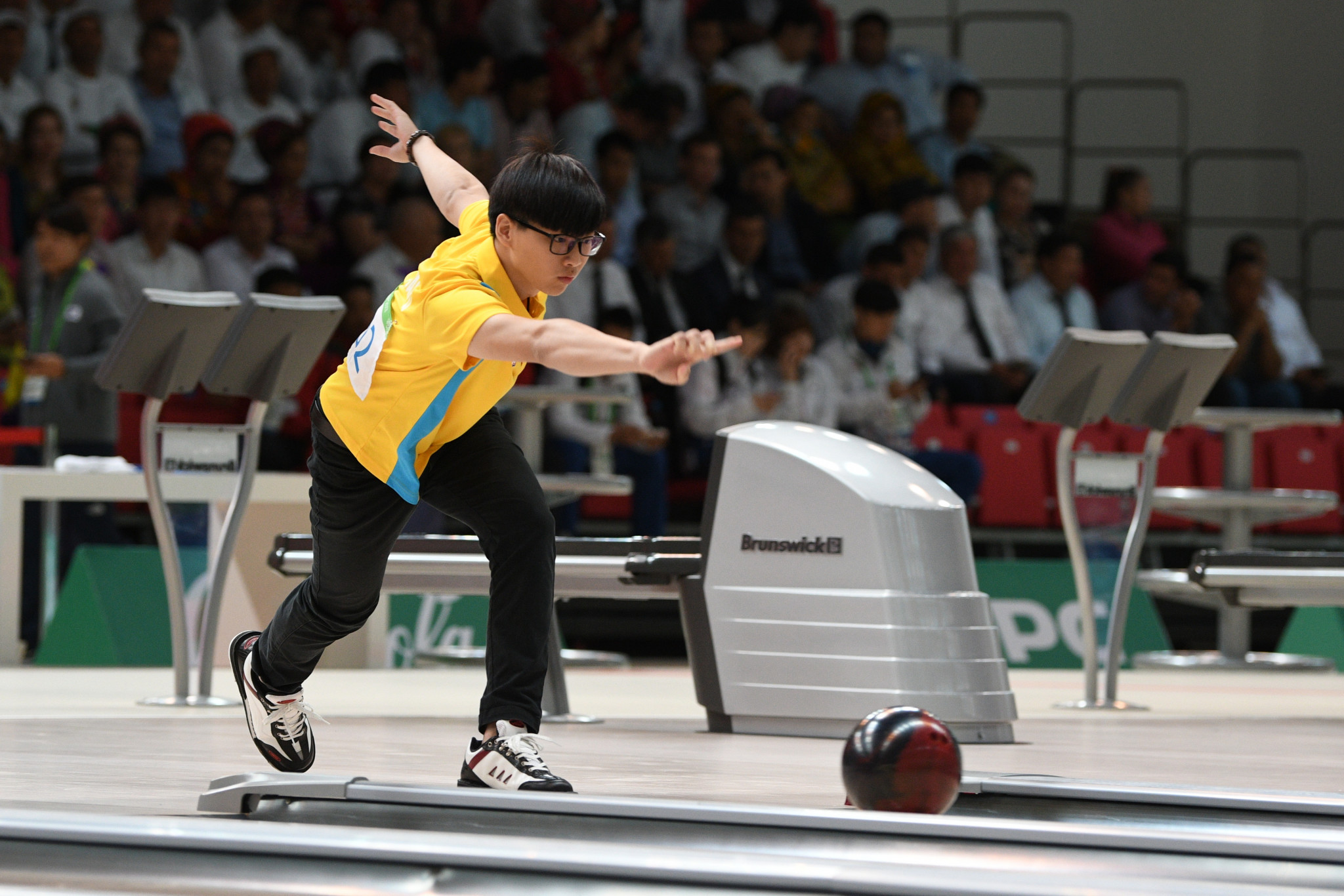 Chinese Taipei took advantage of Qatar's errors to take the coveted men's team of four bowling title on the final day of competition at the 2017 Asian Indoor and Martial Arts Games (AIMAG) here in Turkmenistan's capital.

Anchor bowler Wu Hao-Ming led the charge in the 846-744 victory, registering seven strikes in a row for a 256 at the Bowling Centre.

It ensured Chinese Taipei a first gold medal in the event at an AIMAG.

Tsai Ying-Hao, who was competing at his first international Games, stated the team were fired up from watching their female counterparts receive a team of four bronze medal yesterday.

"The women helped to motivate us," he said.

"Their performance made us believe that we could do it as well."

Qatar, who beat favourites South Korea in the semi-finals, struggled during the match.

"A silver is a lot for us," Ghanim Mohammed H A Aboujassoum, whose team won Qatar's first medal since the 2007 edition of the AIMAG in Macau, said.

"We have been preparing for months.

"We were focusing on this tournament to get at least one medal and we have reached our goal."

Joining South Korea on the third step of the podium were fellow beaten semi-finalists Indonesia.

South Korea won the women's team of four title with an 873-801 win over the Philippines.

The match was closer than had been expected with the Philippines, who won their first women's medal from the four times bowling has appeared at the AIMAG, giving the South Koreans a scare.

"I think we did well compared to who we were competing with," team member Marian Lara Posadas said.

"We have a silver medal and we competed with one of the best in the world."

China and Chinese Taipei were the bronze medallists.

China showed its depth once again at the Chess Arena, taking two gold medals, but the legend of Le Quang Liem grew even larger as he led Vietnam to the men's blitz team title.

This completed a triple gold medal sweep for Le, who earlier topped the podiums in the men's standard individual and rapid team events.

The five preliminary rounds for the men's blitz team event produced no real surprises with Vietnam beating India in one semi-final and China getting past Kazakhstan in the other.

In the women's blitz team event, China's Lei Tingjie and current world champion Tan Zhongyi cruised through the preliminary rounds and overcame Uzbekistan in the semi-final.

They then defeated Vietnam’s Pham Le Thao Nguyen and Hoang Thi Bao Tram, who had beaten Turkmenistan in the other last-four encounter, 2-0 in the final.

The bronze medals went the way of Indonesia and Kazakhstan.

Sixty-two of their gold medals came from belt wrestling and traditional wrestling.