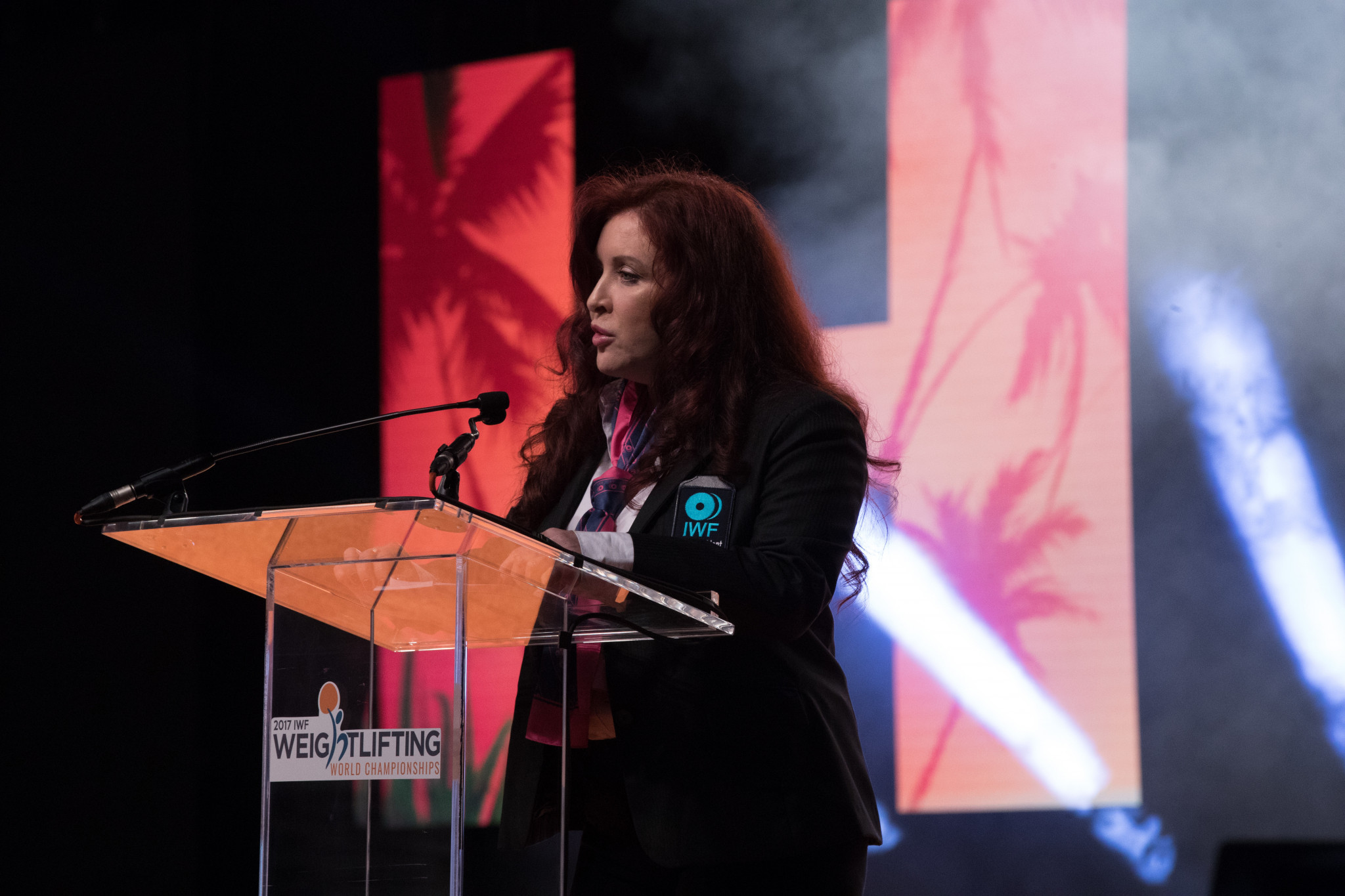 Ursula Papandrea will lead the International Weightlifting Federation (IWF) until the next Electoral Congress is held.

The IWF Executive Board, which originally elected Papandrea as Acting President in January, voted unanimously to support her continuing in that position during this interim period.

The American will work alongside the USA Weightlifting chief executive Phil Andrews, who was by vote granted the temporary role of deputy director general of the IWF.

His duties will include supporting the Executive Board in the search for a new and permanent director general to serve in Lausanne, as the future includes a complete move of all activity of the IWF to Switzerland.

Papandrea is expected to move as soon as possible to Lausanne, as the relocation is underway from the IWF offices in Budapest, home city of outgoing President Tamás Aján.

She wants to be "on-site" in order to lead the move.

“The Executive Board has been clear that the leadership should be permanent in Lausanne as this will truly be our headquarters," said Papandrea.

Papandrea, the first woman to lead the sport’s governing body in its 115-year existence, has led the IWF through a turbulent period since late January, the month when allegations of corruption in weightlifting were raised in a German TV documentary.

The former international lifter, who joined the IWF only three years ago as vice president and chair of the Women’s Commission, will remain Acting President until a permanent President is elected at the next Congress.

That Congress must be held by May 31 in the year after the Olympic Games.

There will need to be further discussions as to when it can take place as May 31 2021 would have been the Constitutional deadline had the Tokyo Olympic Games not been postponed for a year because of the coronavirus pandemic.

Under the IWF constitution, the interim Presidency would have been taken by the first vice-president Intarat Yodbangtoey of Thailand.

But the conditions of a three-year suspension imposed on Thailand for multiple doping offences state that Thai officials "are not eligible to be appointed to any IWF position so long as TAWA [Thai Amateur Weightlifting Association] remains suspended."

Aján has been granted an ambassadorial role as one of the conditions of his resignation as President.

Aján, 81, resigned last week after 44 years at the IWF as general secretary and President.

His exit came during an ongoing investigation into the allegations of corruption, which were made mostly against him in a documentary made by the German state broadcaster ARD.

Aján, who has repeatedly denied allegations against him, agreed certain conditions regarding his departure after an IWF Board meeting was held on Monday.

Papandrea and the IWF general secretary Mohamed Jaloud, from Iraq, made the agreement with Aján.

He will have an ambassadorial role, and will continue to draw his salary for several months, though details of the agreement remain private.

The secretariat is expected to be restructured, as well as moved to Switzerland, though how soon that will happen is yet to be agreed.

Papandrea said it was unknown when the new secretariat could become fully functional but added "my goal is to complete the transition by January 1, 2021".

The IWF is legally registered in Lausanne, home city of the International Olympic Committee (IOC).

ARD reported negative comments yesterday by current and former IWF Board members after Aján was granted his ambassadorial status.

Christian Baumgartner, the German who lost his seat on the Board at the last IWF election in 2017, said it was "difficult to take seriously - a very bad comedy."

Maxim Agapitov, the IWF Board member from Russia, said it was "very disappointing" as the investigation – led by the Canadian Richard McLaren - was ongoing.

Jaloud told ARD, "We made him an honorary ambassador because he had been with the IWF for 50 years."

While Aján's departure continues to attract comment, the IWF has a tight timeline to implement changes which are deemed imperative by Papandrea.

The IWF has sent amendments to the Olympic qualifying rules to the IOC for approval, and is focusing next on its constitution and administrative operations.

McLaren is due to present his report on June 4.

Papandrea is taking legal advice on how the IWF should proceed from now with the transition being made complicated by the switching of bank accounts and other day-to-day operational procedures from one nation to another.

"I am also trying to rebuild the organisation in a way that changeover for future Presidents will be neither complex nor difficult," she told insidethegames.

"It is as if there was never any anticipation that we would function fully anywhere other than Budapest.

"We need to register in the Swiss Commercial registry to makes these banking changes from one administration to the other more easily done.

"We have no need for banking outside of Switzerland and need our operational banking to be where our operations are, which will be Lausanne.

"With term limits expected in our constitution for the President, we must be prepared for smooth transitions of power."