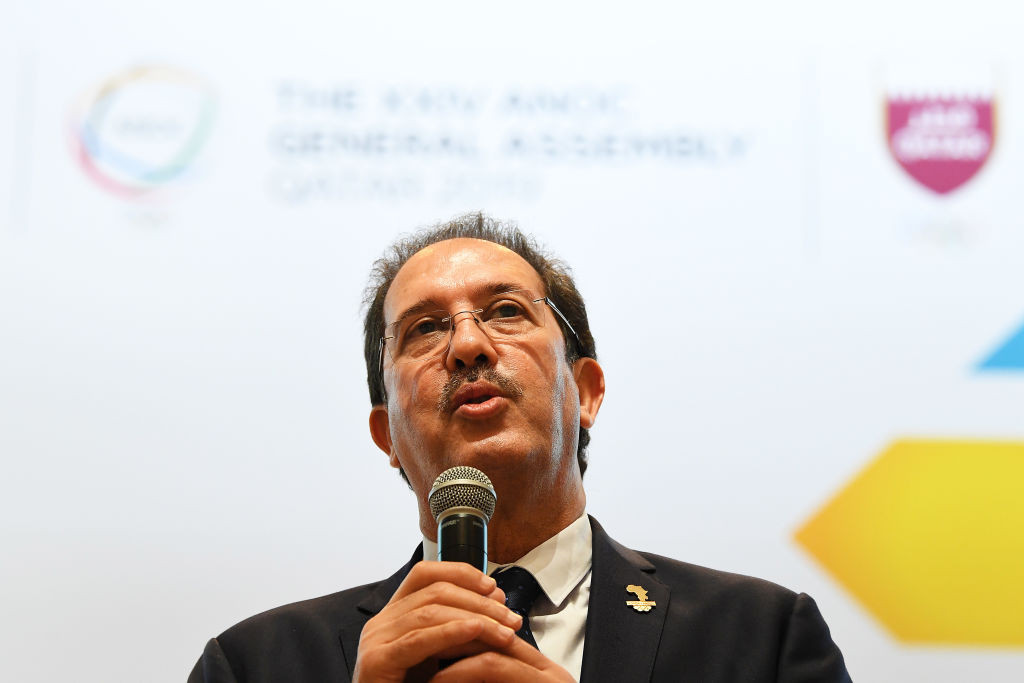 According to Le Soir d'Algérie newspaper, the public prosecutor at the Bir Mourad Rais court said the decision had been taken against Berraf for the "squandering of public funds" during his time as President of the Algerian Olympic Committee (COA).

The order preventing Berraf, also head of the Association of National Olympic Committees of Africa (ANOCA), from leaving the national territory, which has been seen by insidethegames, is dated March 8.

The public prosecutor said the 66-year-old had been forced to remain in Algeria "after an investigation following suspicions of corruption within the COA".

In a letter to first vice-president Joao Manuel da Costa Alegre Alfonso and members of the organisation's Executive Committee, seen by insidethegames, Browne said a probe should be launched by the umbrella body as the allegations are "troubling to say the least".

They also "directly impact the smooth administrative running of ANOCA and weigh greatly on the constitutionality of our integrity and credibility as an organisation", Browne said.

Berraf resigned his position as COA President earlier this year, but insidethegames understands he has continued to represent the organisation, including during a conference call the IOC held with African National Olympic Committees in March.

The 66-year-old, who became a member of the IOC last year and is part of the body by virtue of his position as ANOCA President, quit in February after claiming he had become "tired" of the "repeated attacks" against him and his family.

Algerian media had reported he was subjected to a social media backlash after respecting the Israeli national anthem at the International Judo Federation Grand Slam event in Paris that same month.

The beleaguered official had been accused of corruption and financial mismanagement when COA President by the Sports Ministry last year.

A report from the Sports Ministry made allegations regarding doubtful contracts, suspicions of corruption, embezzlement and favouritism.

Berraf disputed the accusations and alleged his detractors are guilty of "misleading and defamatory manoeuvers" to "undermine his image and that of the COA".

An IOC ethics investigation has been opened into the accusations of corruption against Berraf.

A spokesperson for the IOC said chief ethics and compliance officer Pâquerette Girard-Zappelli was aware of the latest allegations but refused to provide further comment.