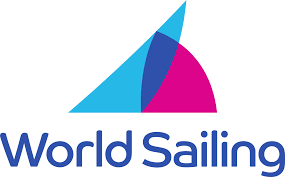 World Sailing is not planning to have a new chief executive in place until next year owing to financial issues caused in part by the coronavirus pandemic, its President Kim Andersen has revealed.

Andersen told insidethegames World Sailing is working on its budget through to September 2021 and the decision will be made on taking on a replacement for Andy Hunt once that has been established.

Hunt, who formerly held the same position at the British Olympic Association, had been criticised by some within the sport before his departure.

Andersen said the World Sailing Board had already selected their final candidates for the chief executive position, but declined to provide any details on the number or the identity of those shortlisted.

The Dane added experience in the sport was the main quality World Sailing was looking for in its new chief executive, something Andersen admitted Hunt - paid £192,393 ($248,379/€222,791) in 2018, according to accounts for World Sailing (UK) Limited - did not possess.

"Our sport is very complex, it is in all these countries around the world and they are all on different levels," Andersen, elected World Sailing President in 2016, said.

"It is a sport which is very diverse and I think it is crucial that a chief executive knows the sport from the inside, as well as sports management.

"Andy’s profile was in sports management but he did not have a background in sailing.

"The new chief executive clearly has to, and will have, a strong sailing background, as well as a managerial background, but in that order.

"Given the situation right now, we would like to have some assurance around where we are financially and I think to be fair to a new chief executive, he or she should know what they are signing up to."

Concerns over World Sailing's financial situation have grown after the Tokyo 2020 Olympic Games were postponed until 2021 because of the coronavirus pandemic.

insidethegames exclusively revealed last week that World Sailing was in talks with the International Olympic Committee (IOC) regarding possible financial support to help cover the absence of its share of the Olympic Games revenue.

World Sailing is heavily reliant on the payment it receives from the IOC after each edition of the Games and was expecting to be given around £12.24 million ($15.3 million/€14.1 million) this September had Tokyo 2020 taken place as planned.