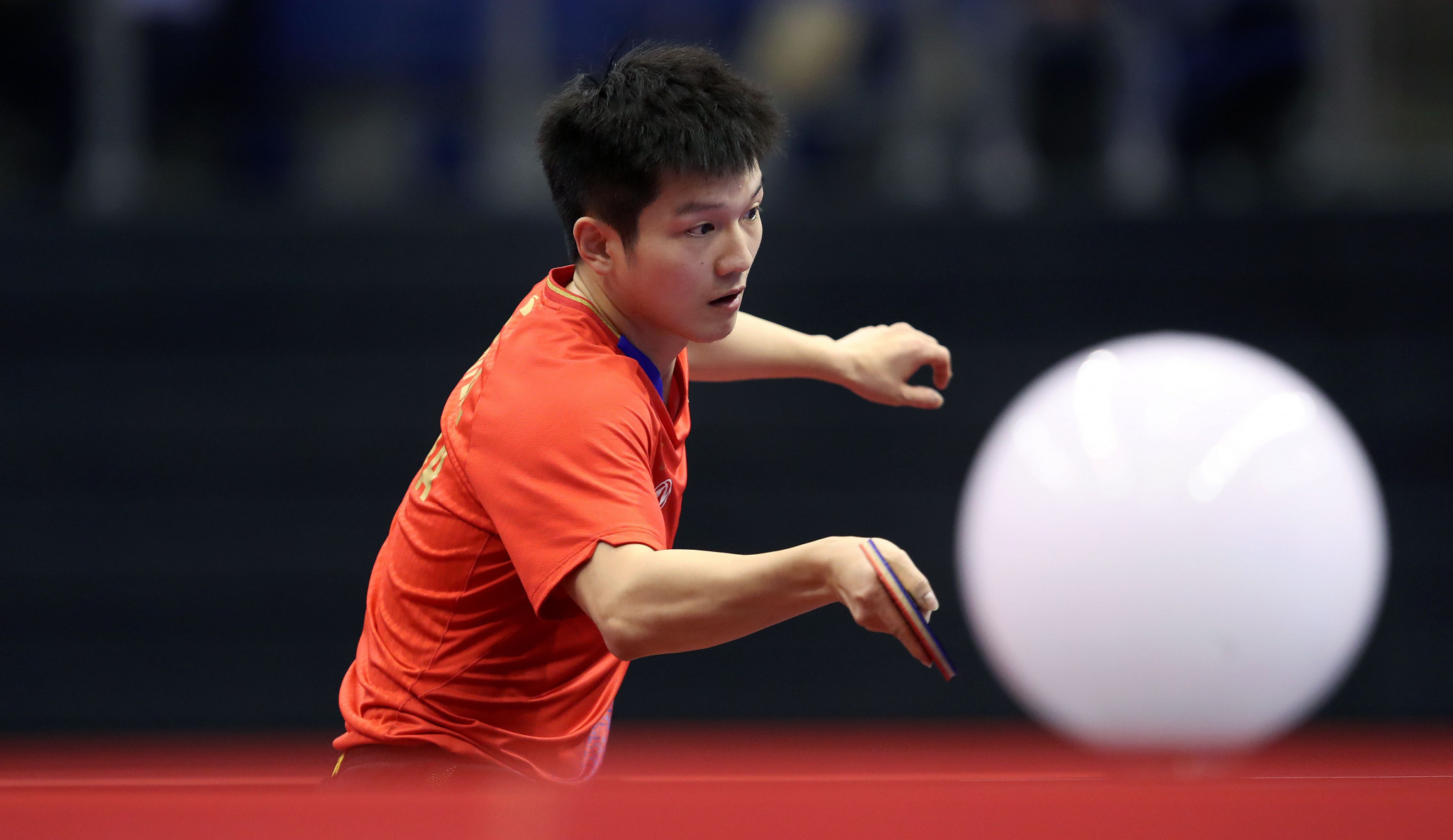 China’s Fan Zhendong has returned to the top of the International Table Tennis Federation (ITTF) men’s singles rankings prior to the freeze in the overall standings.

Fan had been replaced by his compatriot Xu Xin at the start of 2020, having topped the standings from from April 2018 to June 2019 and then reoccupied the position from November 2019 after winning last year's ITTF World Tour German Open.

He returns to the top of the world rankings following victory at the ITTF World Tour Platinum Qatar Open last month.

The success gave Fan a boost of 655 points and took him ahead of Xu, who had led by 345 points at the start of March.

Xu drops to second place, while Ma Long rounds off an all-Chinese top three in the standings.

Japan’s 16-year-old Tomokazu Harimoto has now moved into the top four, ahead of China’s Lin Gaoyuan.

Chen Meng retains top spot in the women’s standings, with a lead over 2,475 points to her nearest challenge Mima Ito.

The Chinese star, who has led the world rankings for 11 months, emerged as the women’s singles champion at the Qatar Open.

Japan’s Ito has risen to her highest position in the world rankings following victory at the Hungarian Open, as well as appearances in the last four of the German Open and final of the Qatar Open.

The rankings have now been suspended due to the halting of ITTF events caused by the coronavirus pandemic.

The ITTF Executive Board agreed to freeze the rankings until activities resume.

The decision followed recommendations from the ITTF World Ranking Group and Athletes’ Commission.