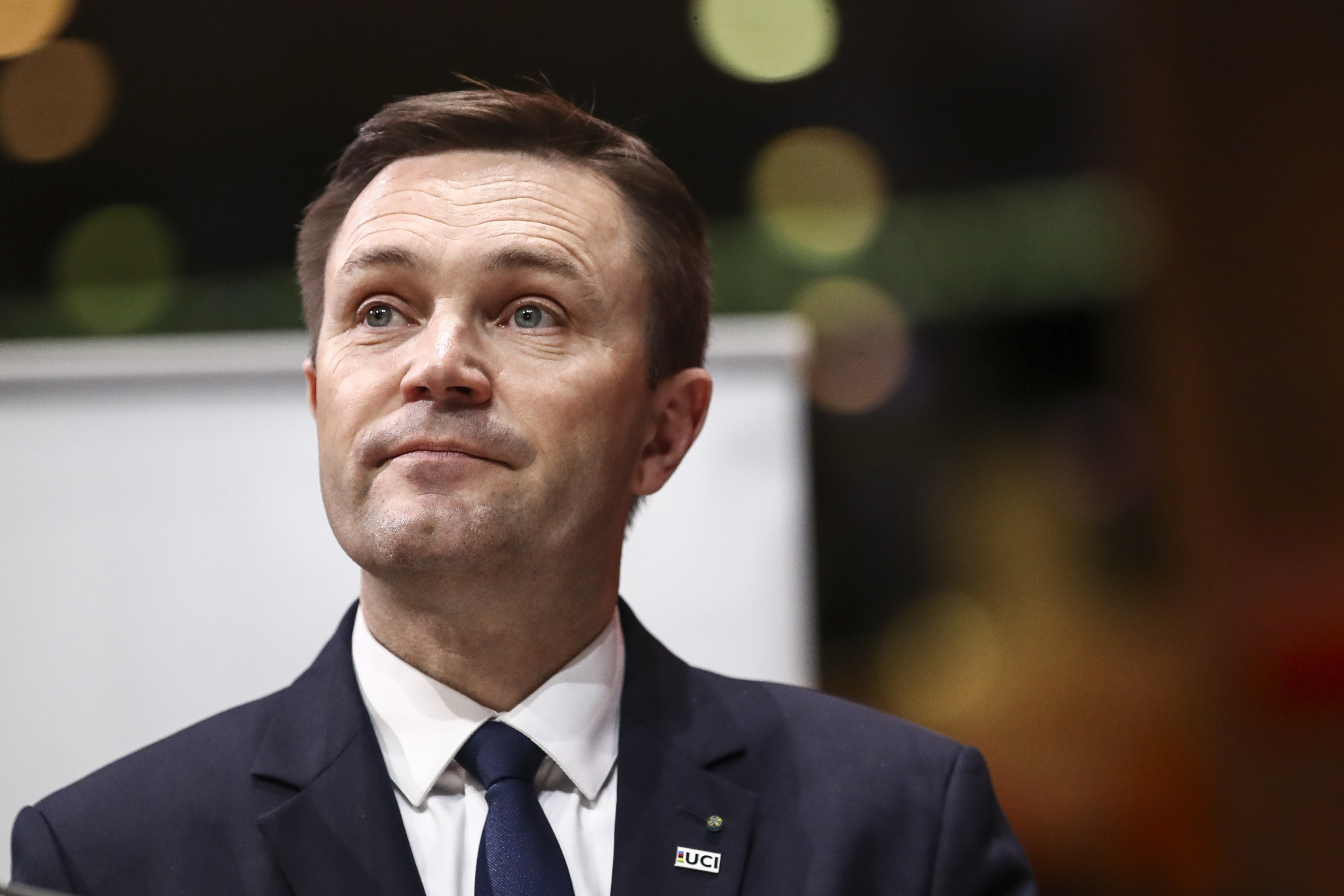 The International Cycling Union (UCI) have warned of a considerable loss of earnings for the organisation following the postponement of the Tokyo 2020 Olympic and Paralympic Games to next year, as well as the cancellation of numerous cycling events.

Their warning came as the UCI Management Committee agreed on a series of measures aimed at tackling the sporting and financial consequences of the coronavirus pandemic.

Measures agreed at the extraordinary meeting included UCI leaders, both elected and senior management, reducing their salaries or allowances.

The UCI said it had also agreed full or partial furlough – at different percentages – for all 130 employees of the governing body and the UCI World Cycling Centre (WCC).

Decisions were also taken to freeze recruitment for an undefined period, undertake a total revision of projects and objectives that have been fixed for 2020 and upcoming years and resize solidarity projects for national federations.

A move for virtual meetings for the Management Committee, UCI Commissions and seminars was also agreed, along with an examination of contracts of service providers at events, consultants and general providers.

"Our International Federation is going through a crisis that we haven't experienced since the Second World War," said David Lappartient, UCI President.

"Inactivity is hitting athletes, teams, organisers, partners and the large majority of people and organisations that contribute to the vitality of our sport, across all its disciplines.

"The UCI, cycling's governing body, has not been spared, far from it.

"The postponement of the Tokyo 2020 Olympic and Paralympic Games, the multiplication of postponements and cancellations of events on the UCI international calendar, and the uncertainty that weighs on the second part of the season are having a large impact on our sport in general and our Federation in particular.

"It is time for the cycling family to rally and, as one, prepare our sport to recover from this health and economic crisis that it has been hit by.

"Each of us is called on to be united, responsible and strong.

"That is why the UCI has taken some drastic action that should enable it to weather the storm.

"These choices are difficult but necessary if we wish to rebuild cycling post-COVID-19."

Cycling's governing body said it needed to anticipate "both a possible postponement to 2021 of payment of Olympic revenues initially expected in the second semester of 2020, and a probable reduction of the sum paid to the International Federations (IFs)".

This funding enables the organisation to conduct development activities with its 196 national federations throughout the Olympic cycle, through the WCC and satellite centres around the world, the UCI said.

The governing body added that it was one of the few IFs with this type of centre, which has trained 120 athletes each year since 2002.

"We are following this question very closely and are in constant contact with the International Olympic Committee as it currently examines the extra costs resulting from the postponement," the UCI added.

A further financial impact will come from the cancellation of several cycling events, with the UCI saying it has "recommended all organisers of competitions in zones at risk to cancel their events".

The UCI have vowed to reimburse all calendar registration fees to organisers of cancelled events which were due to take place in the period during which the holding of races is fully restricted.

So far they have received more than 650 requests from organisers for the postponement or cancellation of events over a period that currently extends until August, representing 30 per cent of the year's UCI international calendar.

Road and mountain bike events have been the most impacted.

A total of 18 UCI Men's WorldTour races have now been either cancelled or postponed.

The Giro d'Italia, the Tour of Flandres and Paris-Roubaix are among the highest profile events to have been postponed to date.

"The calendar fees represent a significant part of the UCI's revenue," the UCI said.

"This initiative will have consequences on the UCI's financial results."

A working group, composed of representatives of riders, teams and the governing body, have agreed on a framework that will enable teams facing serious financial difficulties to be able to take necessary measures so they can continue in the context of the pandemic.

It is claimed the temporary flexibility approved will see the UCI support teams whose activities have been impacted by coronavirus, while maintaining riders' rights.

Further measures of support could be taken depending on the evolution of the situation.

The UCI said it was giving particular consideration to World Championships and World Cups, with rounds of the Mountain Bike World Cup earmarked as being "notably important" for revenue.

The Para-Cycling Road World Championships are reportedly at risk of cancellation.

The WCC has put a temporary halt to its training activities after deciding its trainee athletes should return to their countries, while high-level athletes continue to be coached, at a distance, as part of their training programmes.

The UCI's asset portfolio has also suffered from the effects of the pandemic on the financial markets, combined with the collapse of oil prices.

However, the governing body claimed good management of its activities over recent years and the strategy of selling UCI World Championships well in advance will enable the organisation to honour commitments to the cycling family and get through the crisis with limited damage, provided the situation does not last longer than current predictions.

Cycling is the latest sport to announce measures to combat the financial impact of the coroanvirus pandemic on sport, with World Athletics confirming earlier this week they had placed half of their staff on furlough.