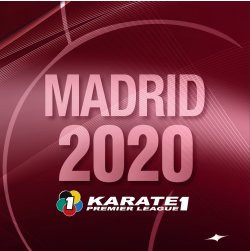 Next month's Karate 1-Premier League event in Madrid has been cancelled because of the coronavirus pandemic.

In a statement, the World Karate Federation (WKF) said the decision to call off the event, which was due to have taken place in the Spanish capital from April 17 to 19, was taken upon the resolution of the Spanish Government to implement strict measures to contain the pandemic in the country.

A declaration of a state of alarm went into action in the country on Saturday (March 14), and affects the whole of the nation for a period of at least 15 days.

"The health and safety of the athletes and all other participants are the top priorities of the WKF," a WKF statement reads.

"Karate's international governing body will continue monitoring the situation to guarantee the best conditions to athletes, staff members and fans."

A Karate 1-Premier League leg had been scheduled to be held in Morocco's capital Rabat from Friday (March 13) to Sunday (March 15), but was cancelled earlier this month.

A WKF statement said it was looking into what steps could be taken to ensure the cancellation of the event does not harm athletes' attempts to qualify for this year's Olympic Games in Tokyo.

Karate is set to make its Olympic debut at Tokyo 2020, but the coronavirus pandemic has fuelled suggestions the Games could be postponed or cancelled.

These claims have been repeatedly denied by the International Olympic Committee (IOC) and Tokyo 2020, who have refused to alter their stance that the event will go ahead as planned.