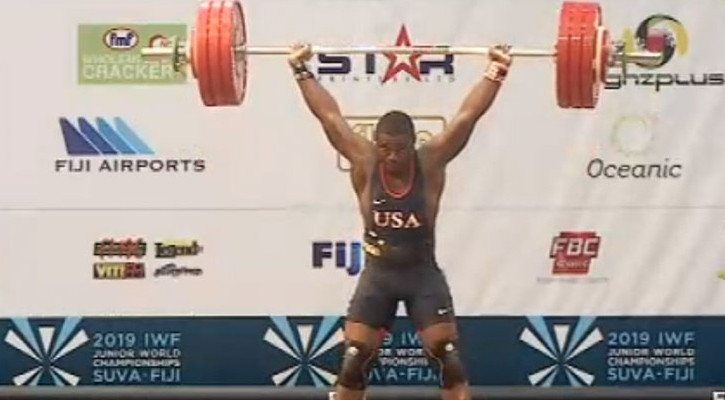 The International Weightlifting Federation (IWF) will allow athletes to switch entries from one competition to another in the remaining weeks of Olympic qualifying, as an indirect result of the spread of the coronavirus.

The IWF has called off the Junior World Championships which were due to be held in Bucharest, Romania, next month, because of the virus.

No new date has been announced for the Championships, which are a 'gold' qualifying event for Tokyo 2020.

The postponement was requested by Nicu Vlad, an IWF board member and president of the Romanian Weightlifting Federation.

While there has been only one confirmed case of the virus in Romania, there are fears of it spreading because so many Romanians travel to and from Italy, one of the worst affected countries.

With two months to go until the end of the third and final six-month period of qualifying on April 30, there could be further cancellations and postponements.

Travel within Asia is especially problematic.

There are five more gold events scheduled for April – all of them continental Championships – as well as silver or bronze competitions in Cuba, the United States and Colombia in March, and Nauru in late April.

If athletes have entered one of those events but cannot compete because of cancellation, they will be allowed to switch their registration to another qualifying competition that is taking place, subject to IWF approval.

This could mean that events such as the Oceania Championships or Pan American Championships, historically open only to athletes from their own continent, are opened up to the world – provided the host nation is happy.

An IWF working party has been set up to consider the implications of cancellations, and is expected to report to the Executive Board within the next 10 days.

The Board meeting in Bucharest on March 11 and 12 is scheduled to go ahead as planned and will discuss the impact of the coronavirus on Olympic qualifying.

But the IWF Congress on March 13, and committee meetings, have been cancelled along with the Junior Championships.

The cancellation denies CJ Cummings of the United States a chance to go for his fifth straight junior world title.

A letter sent by the IWF to Member Federations yesterday said “the health and wellbeing of participants has been a key priority” throughout discussions.

“Standing WHO advice is that in the case of major international sports events the individual characteristics of each event must be considered.

“A World Weightlifting Championships, such as the 2020 IWF JWC… necessarily involves many people from about 80 countries being in close proximity indoors.

“Barbells and plates are touched by many hands.

“And in this case, the age of the athletes must also be considered.

“Furthermore, the extent and complexity of the public health measures being put in place is such that the IWF cannot be sure athletes of all nations would attend, or that if they did attend, they would be allowed to return home.”

The junior Championships becomes the third Olympic qualifier to be moved or cancelled because of the coronavirus.

Olympic qualifying competitions in Malta, Dubai and Canberra, Australia finished this weekend, leaving three more to come in March and eight more in April, four of which take place at the same venue at the same time in Nauru.

The three this month are the Manuel Suarez Memorial Tournament in Havana, Cuba over six days starting on Tuesday this week, the Arnold Festival in Columbus, Ohio from Thursday until Sunday, and the South American, Ibero-American and Open Championships in Cali, Colombia from March 18 to 23.

As things stand, the final lift in Olympic qualifying, anywhere in the world, is due to be made at about 7pm local time in Tashkent on Saturday, April 25.