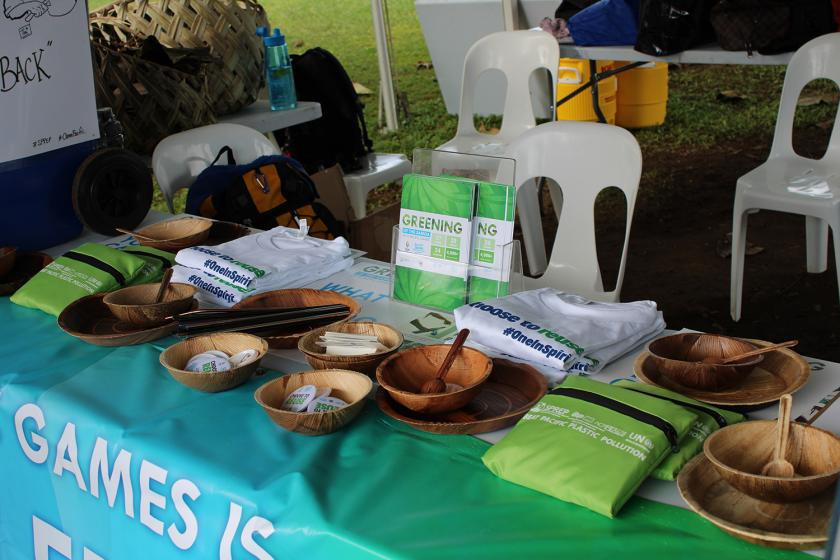 Samoa 2019 has been praised by the United Nations (UN) Environment Programme for its efforts at making this year's Pacific Games so green.

Officials set the target of making them the first major event of this kind to exclude single-use plastics as part of a"Greening of the Games" campaign.

It included a signing of a Memorandum of Understanding between the Pacific Games Office and Pure Pacific Water, who supplied Samoa 2019 with 250 ultraviolet water filtration systems that helped to reduce the use of plastics during the event last month.

The slogan "Beautiful Samoa - keep it clean and plastic free" was adopted and included tree planting project, with the aim of two million trees being placed in the country's schools.

Plastic pollution continues to be a major challenge for Pacific island nations, admitted Kosi Latu, director general of the Secretariat of the Pacific Regional Environment Programme and co-chair of the Samoa 2019 Greening of the Games Committee.

With limited waste management facilities, island nations can often struggle to eliminate the piles of single-use plastic found in most modern packaging.

In addition, marine litter discarded in countries thousands of miles away will also find its way to Pacific countries, washing up on pristine beaches and endangering wildlife and ecosystem health in surrounding waters.

By "greening" the Pacific Games, the quadrennial sporting competition between countries in the Pacific region, organisers were looking to not only protect the environment but also to shift the mindsets Pacific islanders, it is claimed.

"The challenge is really in changing behaviours and one of the ways we can achieve that is by getting people whom we all look up to, to try and set a good example," Sefanaia Nawadra, head of the UN Environment Programme’s Pacific Office, said.

"I think we can all agree that sport is very important to the people of the Pacific, and so using a platform such as this is exactly what we need to try and get our people to change their behaviours."

“You take care of the environment, it will take care of you,” says Sala'ilua Principal Tapuai Filipo. His school on #Savai'i has adopted #NewZealand as part of in-school #Samoa2019 #PacificGames programme. #OneInSpirit #GamesReady. Read what that means: https://t.co/IM8YuYgRbw pic.twitter.com/tLJkx9XMiy

The 4,000 athletes at the Games were all given reusable water bottles in lieu of the usual single-use plastic bottles.

Over 300 water stations were erected around the venue where both athletes and spectators could fill up with fresh, clean water.

Now that the Games have finished, hundreds of these stations will be gifted to local schools for students to enjoy clean drinking water without a need for a single-use bottle.

In addition to eliminating single-use plastic water bottles, there were no plastic or polystyrene plates or cutlery used at any of the venues, dining halls or in the Athlete’s Village.

Latu hopes the efforts this year are the beginning of a tradition of greening the Pacific Games.

"Last week I met with the Prime Minister of the Solomon Islands, who will be hosting the next Pacific Games in 2023, and he informed me that they are looking at adopting the same theme of a plastic-free Pacific Games in four years’ time," he said.