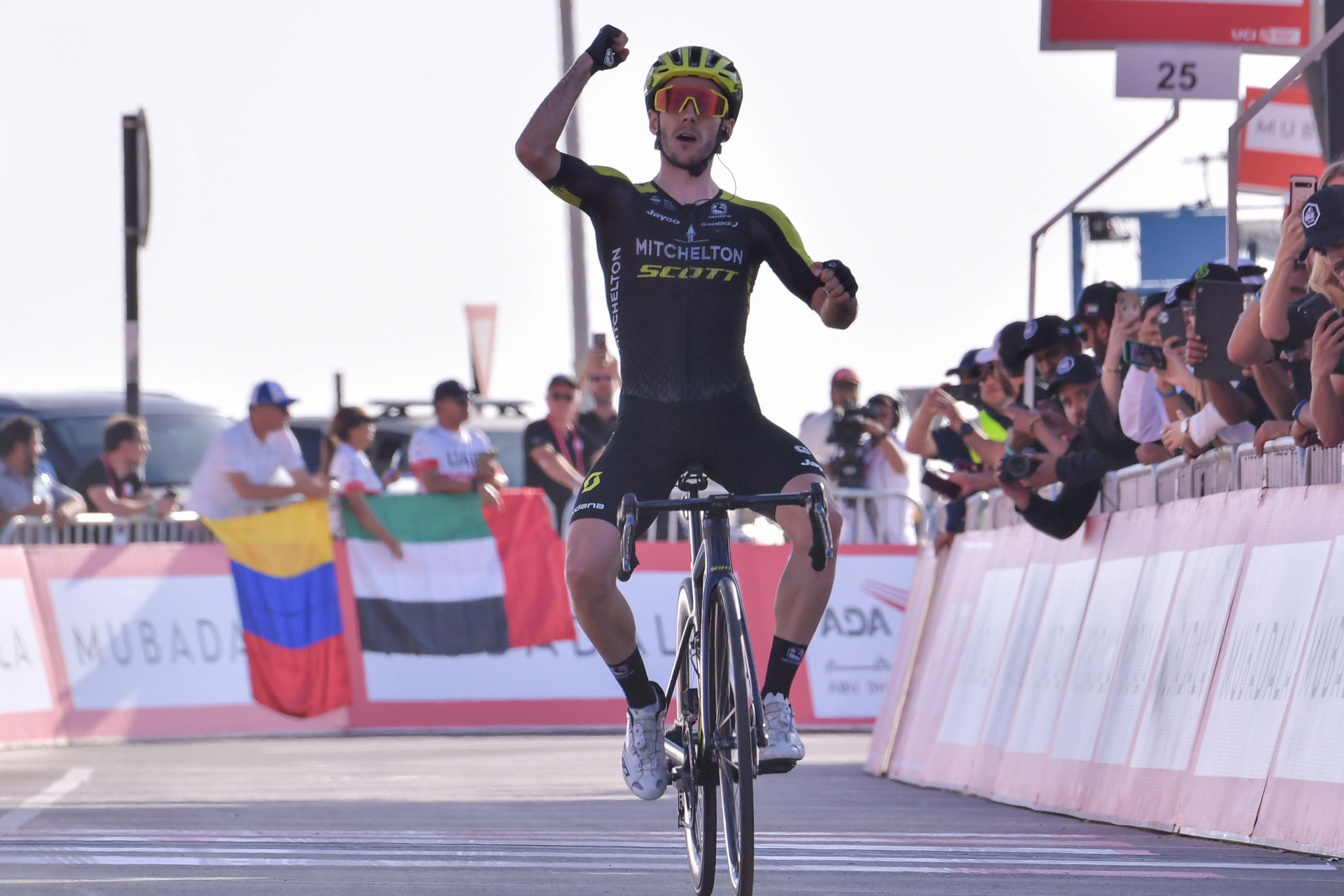 Britain’s Adam Yates took the overall race lead at the UAE Tour after securing a solo victory on the third stage of the race at Jebel Hafeet.

The 184-kilometre stage from Al Qudra Cycle Track to Jebel Hafeet was expected to see the general classification contenders come to the fore in the closing 10km as the key ascent began.

Yates launched an attack from a leading group of riders with 6km left of racing.

The Mitchelton-Scott rider was initially followed by Kazakhstan’s Alexey Lutsenko and France’s David Gaudu, however the duo were unable to keep pace with the attack.

Yates remained clear to the finish to earn the stage victory in 4 hours 42min 33sec.

He finished 1:03 clear of runner-up Tadej Pogačar, with the Slovenian having passed Gaudu and Lutsenko in the closing kilometres.

“I attacked early because, this race being the first of the season for me, it was hard to know how everyone is going,” said Yates.

“I just wanted to test the legs.

“Maybe I attacked too early but in the end I felt good.

“One minute difference is a lot but we'll have to do this climb again and maybe my legs will not be so good.

“I also heard there might be crosswinds tomorrow so I'm still far from the overall victory.”

Yates leads the general classification by 1:07 to Pogačar, with Lutsenko completing the top three at 1:35 down.