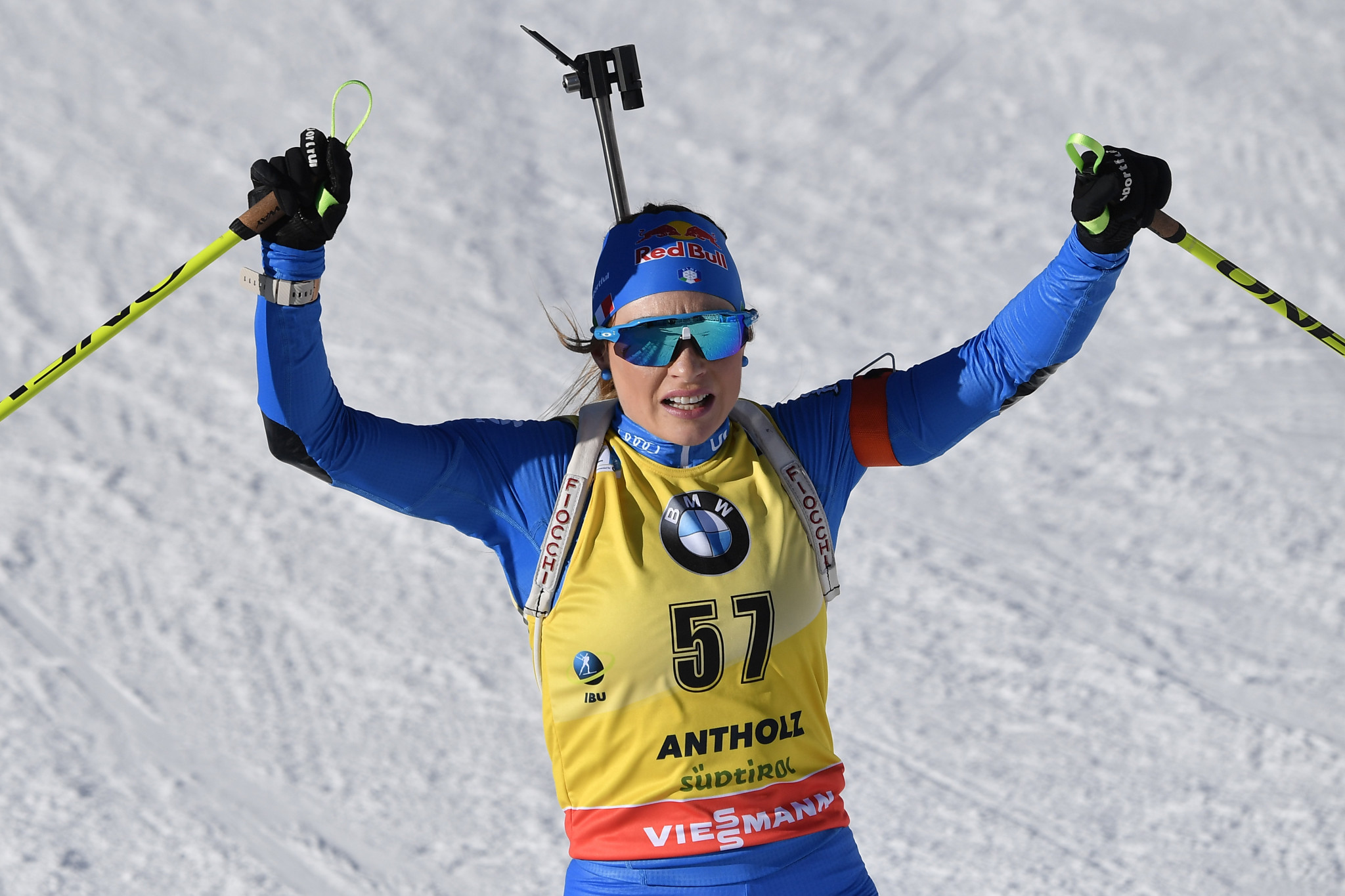 Germany's Vanessa Hinz finished 2.2 seconds behind in the runners-up spot with one penalty, securing her maiden medal in individual competition at the World Championships.

Norway's Marte Olsbu Røiseland, the winner of the 7.5km sprint on Friday (February 14), was 15.8 seconds off the pace in third with two penalties.

Wierer left for the final lap in first place and managed to maintain her narrow lead over Hinz through to the end.

"The last loop was really hard and one moment I was thinking 'okay, silver would also be great for me'," Wierer, who is the first-ever Italian to win the women's 15km individual title, said.

Defending champion Hanna Öberg of Sweden had to settle for fourth place.

Action in Antholz-Anterselva is due to continue tomorrow.

The men's 20km individual competition is scheduled to be held.