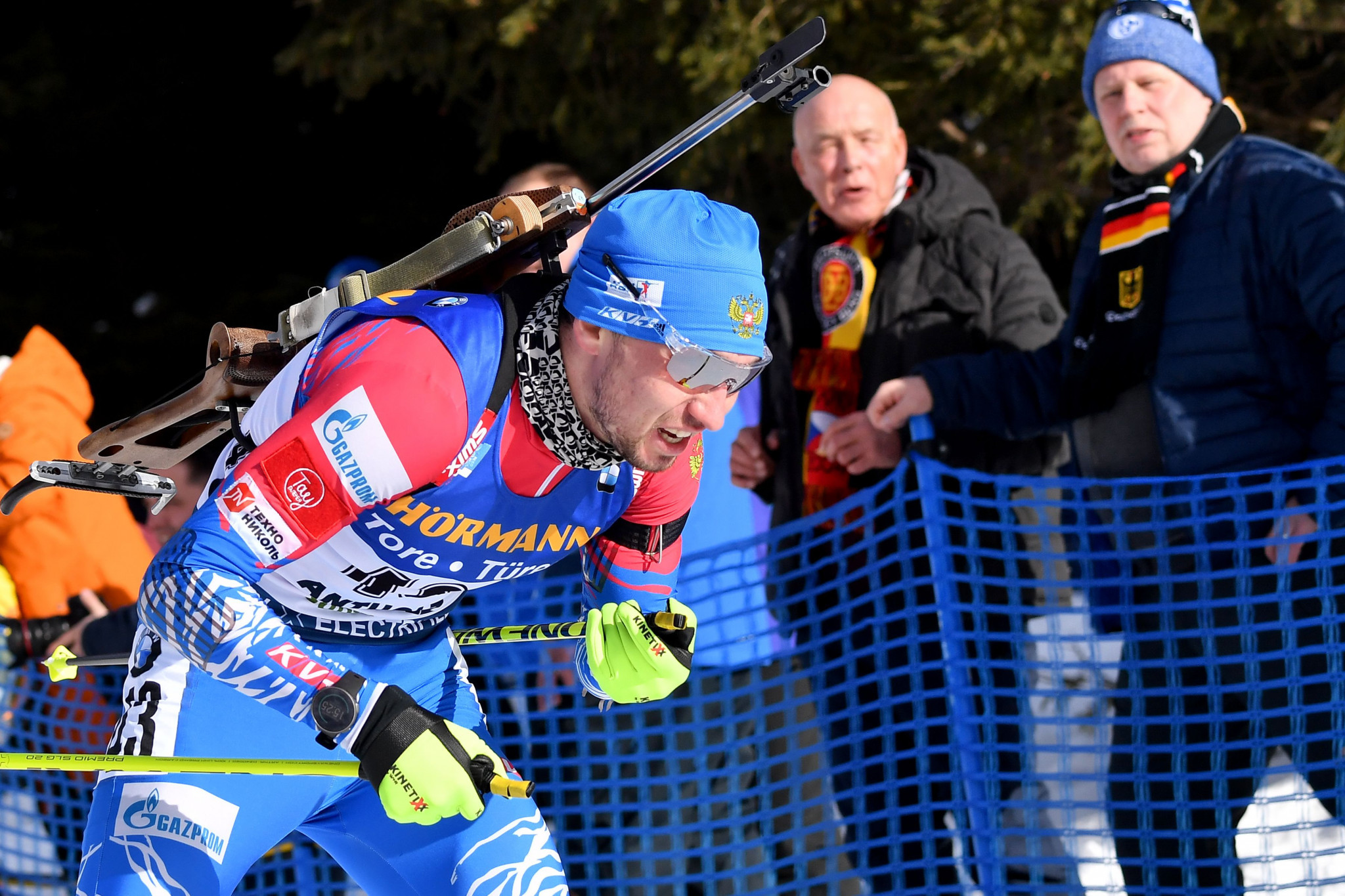 Russian Alexander Loginov went one better in the men's sprint than last year's Biathlon World Championships as he produced a superb display to clinch gold in Antholz-Anterselva.

Loginov, the 2018 world sprint silver medallist who served a two-year doping ban between 2014 and 2016, clocked 22min 48.1sec to seal a surprise victory in the Italian resort.

The triumph for the 28-year-old came on the same day compatriots Svetlana Sleptsova and Evgeny Ustyugov were found guilty of doping by the International Biathlon Union (IBU).

Russia is set to be stripped of the Olympic 7.5 kilometres gold medal from Sochi 2014 after Ustyugov was given a two-year ban based on analysis of the Moscow Laboratory Information Management System (LIMS) database.

Loginov's success will have considerably improved the mood in the Russian camp following the announcement from the IBU, which came hours before the start of the men's 10km sprint.

The bronze medal was claimed by five-time Olympic champion and Maillet's compatriot Martin Fourcade, who finished 19.5 seconds slower than the victorious Russian.

Fourcade criticised Loginov in January 2019 after the Russian won a World Cup event, claiming his victory was a "disgrace" and that Loginov had never apologised for doping.

Reigning world champion Johannes Thingnes Bø made a strong start but faded and failed to claim a medal after ending the race in fourth.

"The key point was the good shooting," Loginov, who had managed just two World Cup podiums so far this season, said after sealing his first world title.

"I had an advantage because I knew exactly the timing of Martin and Quentin.

The event continues tomorrow with the women's 10km and men's 12.5km pursuit races.