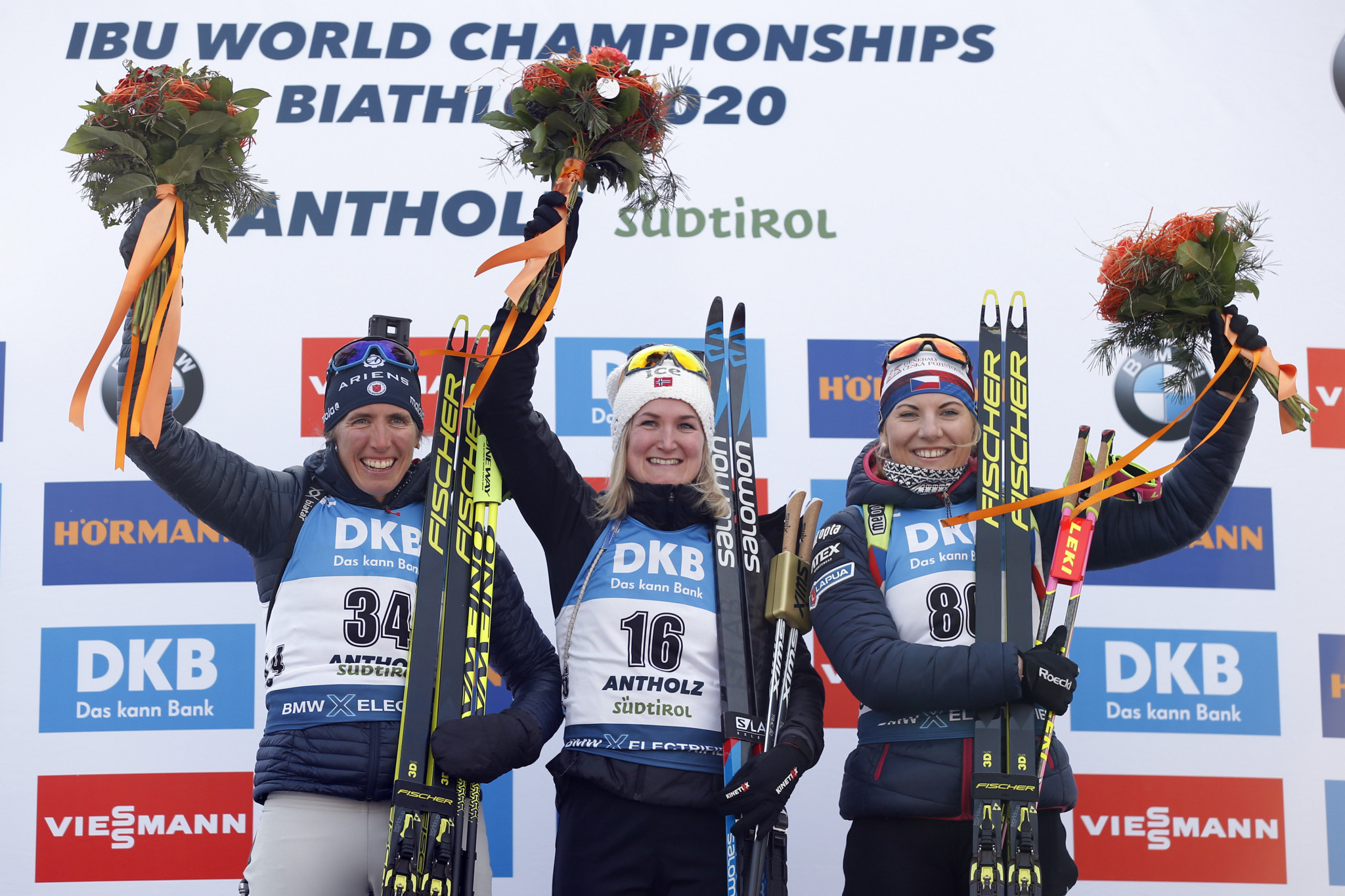 Røiseland, a member of the Norwegian team which won the mixed relay yesterday, relied on fast skiing to seal the world title in the Italian resort.

The Czech Republic's Lucie Charvátová chose the perfect stage to earn her maiden individual podium as she claimed bronze, 21.3 adrift of the victorious Norwegian.

Røiseland's triumph came despite the 29-year-old amassing a standing penalty during the shooting section of a thrilling race.

She put that behind her and the mistake did not prove costly as she powered to her maiden world individual crown.

Victory handed Røiseland a sixth world title overall, with the other five all coming in relays, and helped Norway continue their formidable start to the Championships.

"This is a dream that I had for a really long time now," Røiseland said.

"This was my main goal this season, Antholz.

"I had said it out loud many times, and I did not race in Annecy because of the World Championships.

"A lot of Norwegian people thought that was really stupid not to race there.

"I gave up the yellow bib for it but I knew it was right.

"To get the gold today means a lot to me."

The event resumes tomorrow with the men's 10km sprint.