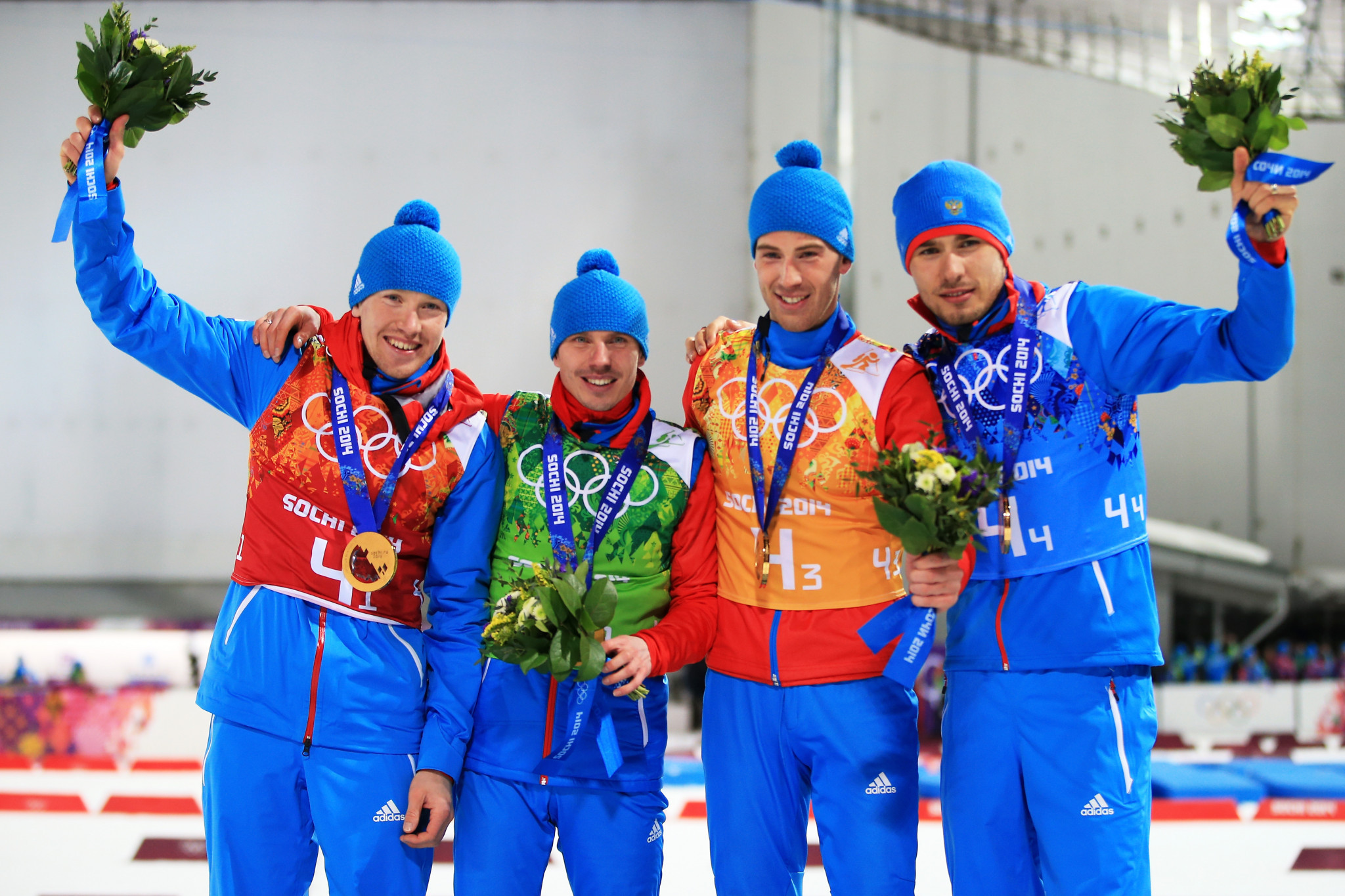 Russia biathletes Svetlana Sleptsova and Evgeny Ustyugov - both of whom won Olympic gold medals during their careers - have been found guilty of anti-doping violations by the International Biathlon Union (IBU).

Ustyugov and Russia are set to be stripped of Sochi 2014 relay gold as a result.

The IBU's Anti-Doping Hearing Panel found that both athletes were in breech of regulations based on analysis of the Moscow Laboratory Information Management System (LIMS) database.

Ustyugov's results from August 27 2013 through to the end of the 2013-2014 World Cup season will be disqualified, which includes the 2014 Winter Olympic Games.

The pair have also been handed two-year bans, although both are already retired.

According to Russia's official state news agency TASS, Ustyugov filed a lawsuit against the IBU in the Austrian state court after he was charged in a separate case by the Biathlon Integrity Unit (BIU) earlier this week.

He is a double Olympic gold medallist, having won the mass start at Vancouver 2010 and also picked up a bronze in the relay at those Games.

Sleptsova won an Olympic gold medal in the women's relay in 2010.

Another biathlete, Olga Vilukhina, was banned for life by the International Olympic Committee but has taken the case to the Court of Arbitration for Sport, which is due to review her case next month.

She won silver medals in the sprint and relay.

Alexander Zubkov was stripped of gold medals in the two-man and four-man bobsleigh events.

As things stand, Russia has been stripped of more than 40 Olympic medals won since 2000.