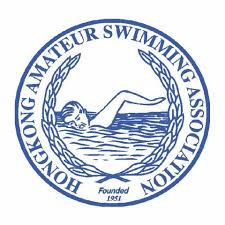 The Hong Kong Amateur Swimming Association (HKASA) says its upcoming Festival of Sport - Long Course Time Trial will go ahead as planned, but warned it may need to hold the event behind closed doors if the coronavirus outbreak is not contained in the city.

The annual competition is due to take place at the Sports Institute in Fo Tan on April 11 and 12, and will serve as a qualifier for this year’s Olympic Games in Tokyo.

"There are still two months to go and we have no plans to call off the event at the moment," HKASA President Ronnie Wong Man-chiu was reported as saying by the South China Morning Post.

"We understand many of our swimmers have already set their sights on this competition as it’s their major target to achieve Olympic qualification.

"They do not want any changes to their schedule as time for reaching the standard is running short.

"If there is no improvement in the [epidemic] situation, we will consider staging the event behind closed doors to ensure the safety and health of all participants.

"And this is not too difficult to achieve as the event will be held at the Sports Institute swimming pool which is an already closed-off area due to the outbreak."

Wong, who is also the honorary secretary general of the Sports Federation and Olympic Committee of Hong Kong, China, added that the HKASA may consider postponing the event to a later date, but that would need approval from the International Swimming Federation (FINA).

The deadline for achieving the qualification standard for individual events at Tokyo 2020 is June 21.

In contrast to the HKASA, the Singapore Swimming Association (SSA) has announced the rescheduling of two Olympic qualifying events.

As reported by SwimSwam, the dates of the Singapore National Age Group Swimming Championships have been changed from March to June 23 to 28.

Additionally, the dates of the Singapore National Swimming Championships have been brought forward from June to May 14 to 17.

Both amendments are subject to confirmation from FINA.

If confirmed, Singaporean swimmers will have extra time to qualify for Tokyo 2020.

"We must look at the circumstances as only an opportunity," Stephan Widmer, the SSA's head coach, was reported as saying by The New Paper.

"We are not the first sporting organisation to face such adversity and we will not be the last.

"We will adapt, overcome and conquer."

Darren Chua, who won five gold medals at the 2019 Southeast Asian Games in December, sees the rescheduling as a positive, even though it means a change in his training plan.

"It’s a huge plus for us because we have two more months to train," he was reported as saying by The New Paper.

"Even though we were about to start to taper, we now have to change the plans for a delayed final preparation for our Olympic trials."

A host of events in numerous sports have been cancelled or postponed because of the outbreak of coronavirus, given the official name of COVID-19 by the World Health Organization.

The coronavirus death toll has risen to 1,380, according to Chinese authorities, while there are nearly 64,000 infections in the country.