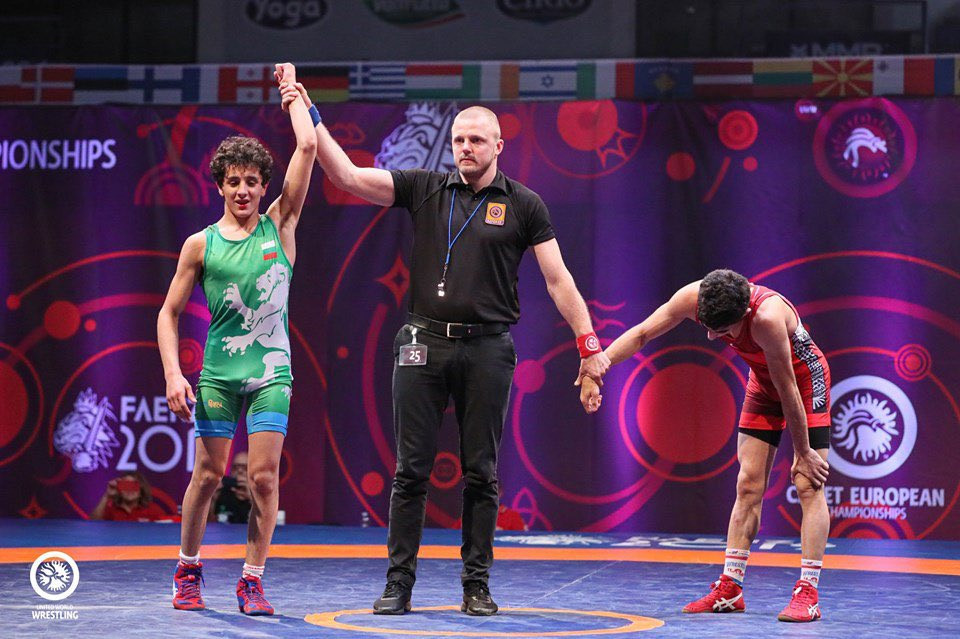 The teenager and son of two-time Olympic champion Armen Nazaryan, took the win with victory against Russia's Vitalii Kabaloev.

In the 63kg Belarus' Maksim Nehoda won the gold medal against Ibragim Labazanov of Russia.

Hungary's Erik Torba and Ukraine's Lenur Temirov came through the repechage to take bronze medals too.

Zotlan Levai would ensure a medal for Hungary in the 77kg, but only silver after losing to Azerbaijan's Sanan Suleymanov in the final.

In the 87kg category, Semen Novikov of Ukraine would deny another Hungarian, Viktor Lorincz, a gold medal after winning 7-1 in the final with Azerbaijan's Islam Abbasov and Russia's Aleksandr Andreevitch Komarov winning the bronze medal matches.

The concluding final of the night was in the 130kg category, with Romania's Alin Alexuc Ciurariu taking victory against Georgia's Levan Arabuli.

The final bronze medals of the night went to Germany's Jello Krahmer and Mykola Kuchmii of Ukraine.

With the finals in five weight categories concluding, the other five formed their finals ahead of tomorrow.

KAMAL (TUR) on fire all day! He's through to tomorrow's finals ??? @keremkamalx

He will meet Turkey’s Kerem Kamal in the final who had a similarly dominant 9-0 victory over Georgia’s Amiran Shavadze.

In the 67kg semi-finals, Nazir Rachidovitch Abdullaev of Russia will face Norway’s Morten Thoresen after a narrow win over Armenia’s Karen Aslanyan.

Georgia’s Iuri Lomadze was a decisive winner in the men’s 72kg semi-final against Turkey’s Selcuk Can in a 7-0 victory and will fight Germany’s Frank Staebler in the final after his 11-1 win over Russia’s Adam Kurak.

Bulgaria will grapple with Azerbaijan in the 82kg final as Daniel Tihomirov Aleksandrov defeated Hannes Wagner of Germany.

Finally, in the 97kg category, Italy’s Nikoloz Kakhelashvili narrowly defeated Russia’s Aleksandr Golovin to set up a gold medal match against Artur Aleksanyan of Armenia who had beaten Matti Elias Kuosmanen of Finland.