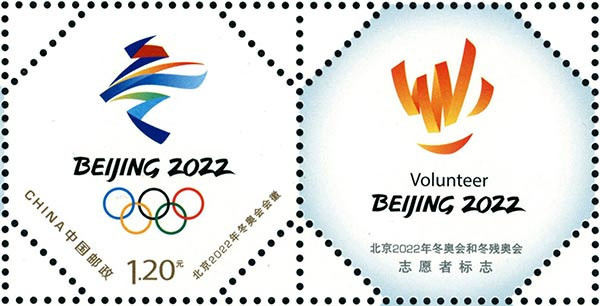 China Post has released a unique set of stamps designed to celebrate the 2022 Winter Olympic and Paralympic Games in Beijing.

They are designed not in the regular quadrangle shape but feature distinctive octagonal angles and sides.

The two sets, one for the Olympic Games and the other for the Paralympics, are fashioned in an octagonal shape to resemble the look of a traditional Chinese palace lantern.

The design is set to deliver a festive mood as the Olympic Games are due to begin on February 4 during the normally week-long celebrations of the Chinese New Year that will fall on February 1 in 2022.

Each set of two stamps bear official emblems to represent the Games and Olympics volunteers.