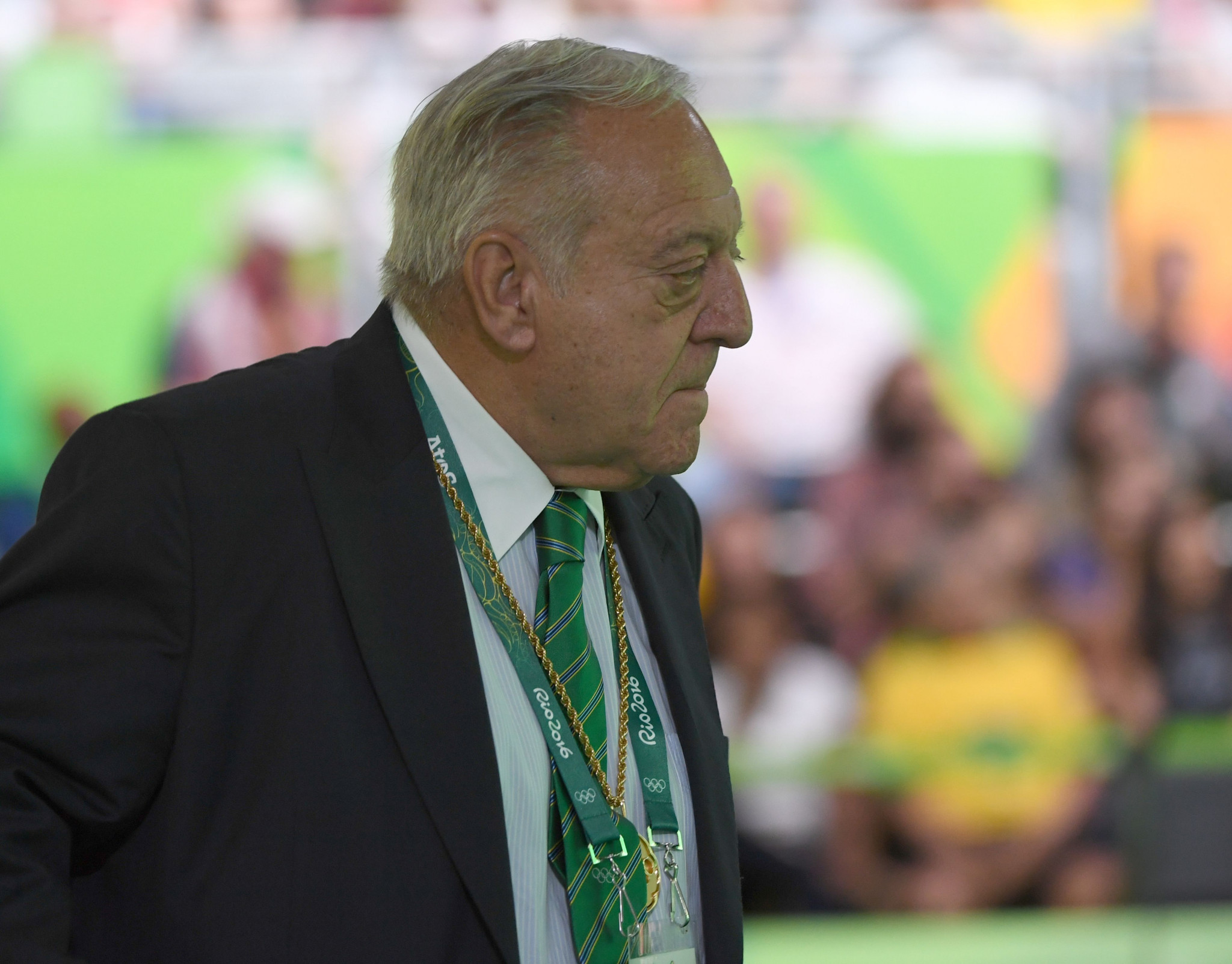 A number of members of the International Weightlifting Federation (IWF) Executive Board may call for the governing body's long-standing President, Tamás Aján, to be suspended indefinitely - less than a week after he agreed to stand aside for 90 days pending investigations of alleged corruption.

The Russian Board member Maxim Agapitov claimed Aján had made "an act of defiance" in writing to all Member Federations of the IWF five days after Ursula Papandrea had been voted in as Acting President at a meeting in Doha last Wednesday (January 22).

By writing the letter, signing himself as President, and inviting National Federations to send participants to an event that falls within the 90-day "stand-down", Aján was "disregarding completely that he has been requested to stand aside for 90 days whilst he is being investigated", said Agapitov.

"I believe this to be an act of defiance, showing the world that he will continue to do what he likes and not what the Executive Board had in mind when it determined to elect Ursula Papandrea as Acting President," he said.

"A number of Board members are considering taking the action to officially suspend him for an indefinite period, or at least till all investigations are completed."

Agapitov's comments were endorsed by Antonio Urso, the Italian President of the European Weightlifting Federation who is hosting the first Olympic qualifying competition of the year in Rome this week.

He is expected to discuss the situation with Papandrea when she arrives in Rome tomorrow, en-route to the IWF headquarters in Budapest.

Papandrea, from the United States, said the letter - an invitation to the IWF Congress in Romania in March - was innocuous.

But she has misgivings about the wording of another communication from Aján and wants "clarity" about her role.

She is due to arrive in Budapest on Saturday (February 1) and will spend a week there before travelling on to a competition in Uzbekistan.

Papandrea is considering the need to call another extraordinary meeting of the IWF Executive Board.

"I have plenty to report," she said.

"I might be able to do it via written communiqué but that won't allow for questions.

"The way I operate is quite different - to me it's a very open, democratic process.

"The Board's views are important.

"We must function as a group, all voices should be heard and questions addressed.

"We did not have this opportunity in Doha as the majority of the time was allocated to presentations delivered by our very capable secretariat.

"I do agree [with Agapitov] that we need to create clarity in this situation, in terms of who is responsible for what in the next 90 days, who is doing what, and what the terms of reference are for actions to be taken.

"I have my own ideas of things that need to happen while I'm there [in Budapest] and I want to make sure I proceed with those.

"I have the authority of the Board behind me."

At last week's 13-hour Board meeting in Doha, Aján – the IWF President since 2000 and general secretary for 24 years before that – agreed that "consistent with the practice of good governance" he should stand aside for 90 days and delegate "a range of operational responsibilities" to Papandrea.

During that time independent investigators will probe claims of corruption made against Aján and others in the German television documentary Secret Doping – Lord of the Lifters, which was shown by state broadcaster ARD on January 5.

The allegations were strongly denied by the IWF, and Aján claimed the documentary had "ruined my life and 50 years of my work".

Papandrea heads the new IWF Oversight and Integrity Commission, which comprises Board members from four continents and has the task of recommending independent investigators in anti-doping and financial reporting.

She has already identified suitable candidates and is in the process of contacting Commission members for their approval or otherwise.

"My own timeline would have those investigators working on Monday," said Papandrea.

"That's what I have been focused on.

"The next step is getting a communications network with the Board sorted out.

"Contacting Member Federations and other stakeholders – that's the most important thing for me this week."

The Commission is due tp report to the Executive Board and the IWF Congress in Bucharest on March 11 until 13.

Aján claimed he had "no doubt that external experts will vindicate my commitment of nearly 50 years to develop the sport of weightlifting".

He had earlier complained that the allegations - raised by the team that first revealed details of state-sponsored doping in Russian sport - related to the past.

He insisted the ARD team ignored recent reforms by the IWF, which had helped weightlifting regain permanent status on the Olympic Games schedule.

The International Olympic Committee (IOC) continued to monitor developments in the sport after officially confirming that status last May, and described as "very serious and worrying" the allegations in the documentary.

Papandrea said: "I take the view that our sport has always been under a conditional status.

"We should never assume otherwise, even if we are on the Olympic programme.

"With our history, we have earned continual IOC oversight.

"Until we can demonstrate that we can be wholly trusted by the IOC, we should see ourselves in that light."