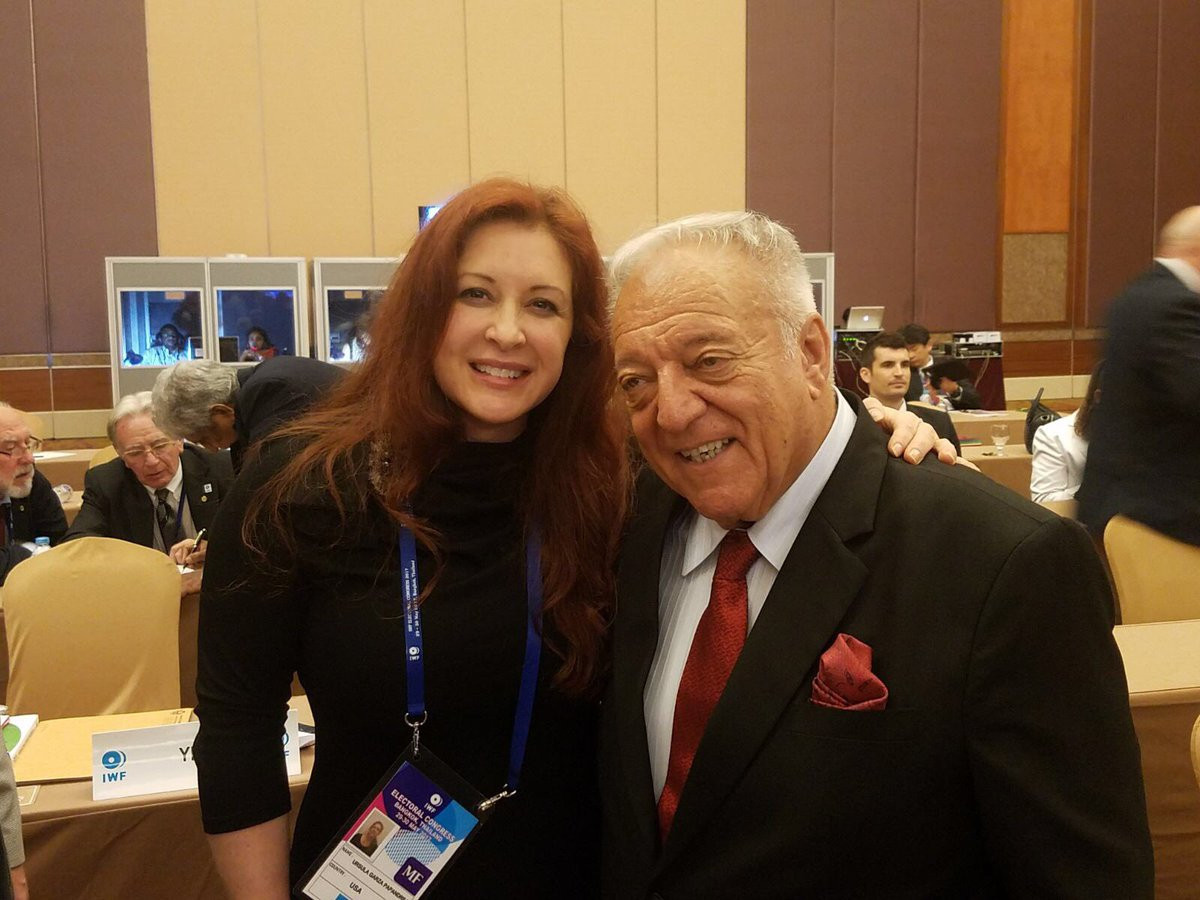 Ursula Papandrea, who until April is the first female leader of the International Weightlifting Federation (IWF), says she will stand in next year's IWF elections.

But Papandrea, who also chairs the IWF Women's Commission, will not necessarily run for President if she thinks she can be of more use to the sport in another role.

When asked about her plans a few hours after Tamás Aján stepped aside as President for 90 days, she told insidethegames: "I intend to stand for election, but not specifically for the presidency.

"I will run for the office that is most helpful to the IWF in the eyes of my fellow colleagues.

"I have been on boards long enough to know that title is less important than what you do.

"I just want to still be able to be of benefit to the sport."

Papandrea, President of USA Weightlifting, has already stated her intent to help develop women's weightlifting in parts of Asia, Africa and other nations where the sport is dominated by males.

She was already planning to discuss her plans on a visit to Uzbekistan next month, which will now become her first trip - to the International Solidarity Championships in Tashkent - as Acting President of the IWF.

At an extraordinary executive board meeting in Doha, Qatar, on Wednesday, Aján offered to stand aside until April.

That will give independent experts time to investigate claims made in a German TV documentary - Secret Doping: Lord of the Lifters - of corruption in finance and anti-doping procedures.

The programme, made by German state broadcaster ARD, focused largely on Aján, who strongly denied the accusations and said the documentary had "ruined my life and 50 years of my work".

The International Olympic Committee (IOC) said the accusations were "very serious and worrying".

Papandrea is joined by fellow board members Karoliina Lundahl of Finland, Marcus Stephen of Nauru - a former President of his country - and Birendra Prasad Baishya of India, on a new Oversight and Integrity Commission.

Its first task is to identify and recommend independent experts in anti-doping and finance, with appointments to be ratified by the board.

"The idea is we'll find appropriate investigators to look into the accusations to see if they have any teeth," Papandrea said.

"I don't want to come to this with any preconceived notion - it's not for me to decide.

"That was the theme of the meeting: it's not for us to decide on the executive board, we're not a judicial body."

The Commission's aim is to produce "a legitimate body with no political leanings, no friends in the IWF, to investigate the allegations in the way they should be investigated and try to protect the reputation of our sport", Papandrea said.

"It is the logical thing to do."

Papandrea said the commission would draw from a list of experts who have investigated other International Federations and national governing bodies, and seek help from the World Anti-Doping Agency, the International Testing Agency and the IOC "where they see appropriate".

She said: "The main goal is to have all claims against the IWF and President Aján done in a way that the findings can be reliable.

"We are not investigating ourselves, or our colleagues, or our President - nowhere in the world should you do that and call it a legitimate investigation - it has to be external.

"We must ascertain what's true and not true, then make our decisions at that point.

"We cannot act fairly without a legitimate investigation, yet we need to respond.

"I think the outcome of this meeting was the best we can do in the current circumstance.

"President Aján demonstrated a willingness to cooperate with the board, and all involved showed the greatest concern for the negative attention the ARD attracted."

Aján has been at the IWF since 1976, first as general secretary and, since 2000, as President.