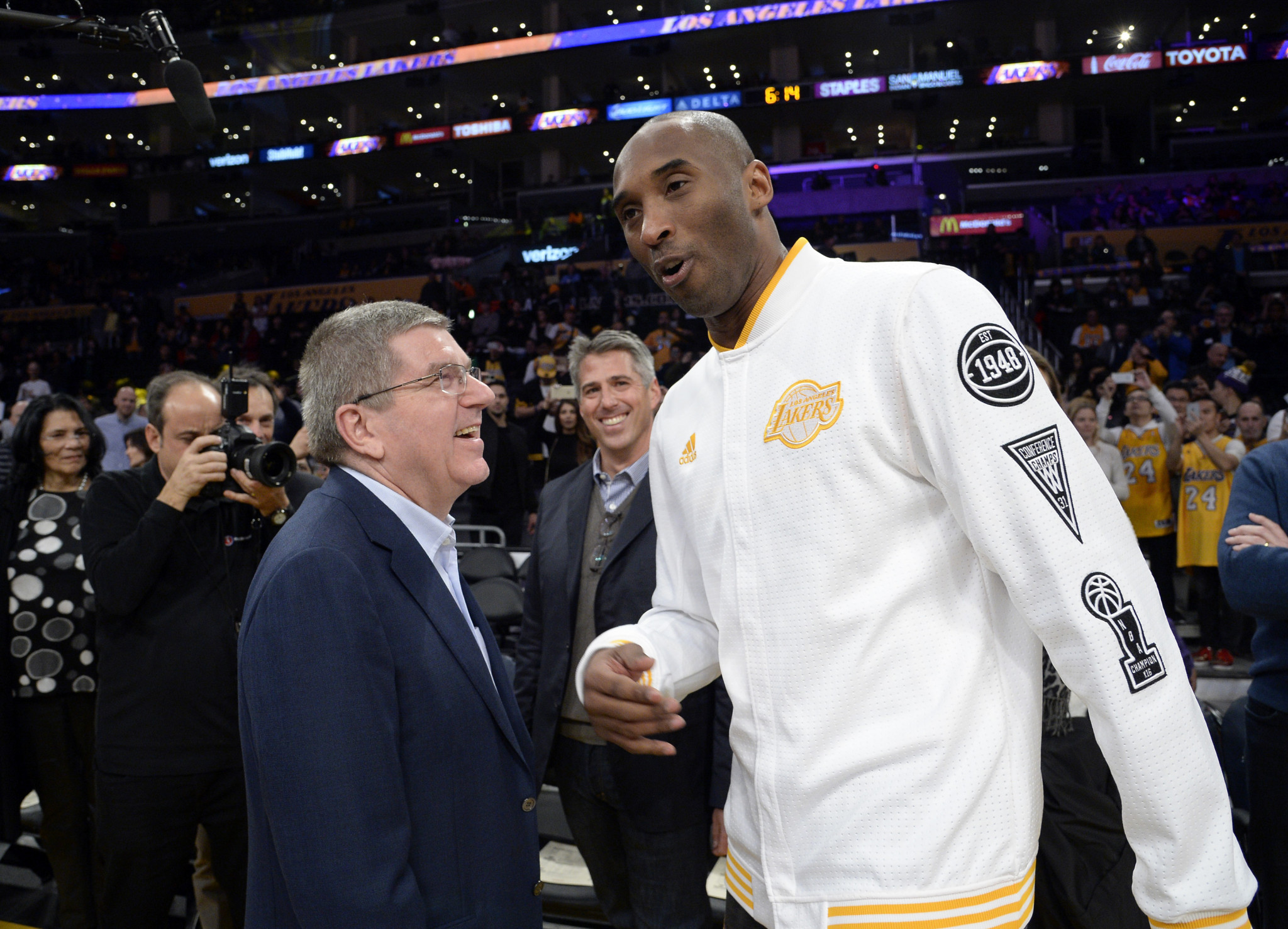 According to TMZ Sports, the 41-year-old retired National Basketball Association (NBA) legend was travelling in a private helicopter before it went down in Calabasas in California.

The Los Angeles County Sheriffs Office confirmed that eight people died, leaving no survivors, and that an investigation is ongoing.

The Sikorsky S-76 helicopter crashed into a hillside around 10am local time and caught fire.

Bryant's teenage daughter Gianna was among the other victims.

Bach is one of many members of the sporting world to pay tribute to Bryant.

"Kobe was an outstanding and true Olympic champion," he said.

"He embraced the power of sport to change people’s lives.

"After retiring from the game he loved so much, he continued to support the Olympic Movement and was an inspiration for the Olympic Games LA 2028.

"We will all miss his energy and his humble nature.

"Our thoughts are with his family and friends and all the other victims."

Bryant was part of the US team that won Olympic gold medals at Beijing 2008 and London 2012.

Bryant did not play at Athens 2004 due to an allegation of sexual assault - while he was never convicted, he did issue a public apology to the victim after the case was dismissed.

Following his retirement in 2016, Bryant maintained his link with the Olympics by promoting Los Angeles' successful bid for the 2028 Games.

He was a member of Los Angeles' Board of Directors and Athletes’ Advisory Board, appeared in two promotional films and attended a star-studded dinner during the IOC's Evaluation Committee visit to the US city.

During the event he helped promote Los Angeles' bid by speaking to Patrick Baumann, the general secretary of the International Basketball Federation (FIBA) who was leading the IOC Evaluation Commission.

Bryant was also the last personality to appear on a pre-recorded video shown to the IOC during an Extraordinary Session in Lausanne in 2017 where it was agreed that Paris would be awarded the 2024 Olympics and Los Angeles 2028.

"The NBA family is devastated by the tragic passing of Kobe Bryant and his daughter, Gianna," Silver said.

"For 20 seasons, Kobe showed us what is possible when remarkable talent blends with an absolute devotion to winning.

"He was one of the most extraordinary players in the history of our game with accomplishments that are legendary: five NBA championships, an NBA most valuable player award, 18 NBA All-Star selections, and two Olympic gold medals.

"But he will be remembered most for inspiring people around the world to pick up a basketball and compete to the very best of their ability.

"He was generous with the wisdom he acquired and saw it as his mission to share it with future generations of players, taking special delight in passing down his love of the game to Gianna.

"We send our heartfelt condolences to his wife, Vanessa, and their family, the Lakers organisation and the entire sports world."

Bryant retired in 2016 after a career that saw him score 33,643 points, ranking third in NBA history from the time he retired until LeBron James passed him on the scoring list on Saturday (January 25).

He was also a member of the US team that won the FIBA (International Basketball Federation) Americas Championship in 2007.

At the Australian Open, American tennis player Coco Gauff wrote a message of tribute to Bryant on her shoes as she played in a doubles match, while Nick Kyrgios of Australia wore a Bryant shirt before taking on Nadal.