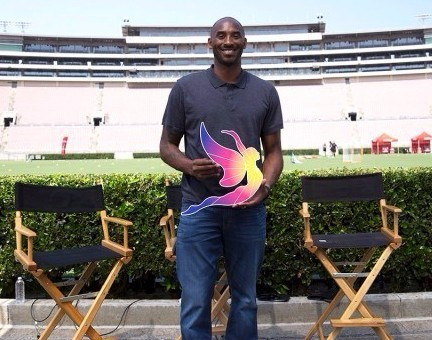 Retired basketball star Kobe Bryant has been unveiled as the latest addition to the Los Angeles 2024 Board of Directors and Athletes’ Advisory Board.

The 38-year-old, who spent his entire professional player career with National Basketball Association (NBA) outfit the Los Angeles Lakers, was confirmed as the newest member of both Boards during a Facebook live video from the Rose Bowl stadium in Pasadena.

The announcement was made as part of the bid’s #FollowTheSun to Olympic Agenda 2020 campaign.

In today’s video, Bryant was joined by sports broadcaster Al Michaels and Los Angeles 2024 vice-chairperson Janet Evans and talked about how he is looking forward to joining the team.

"I’ve got a lot of projects going on right now,” Bryant, part of the successful United States sides at the Beijing 2008 and London 2012 Olympic Games, said.

"But I am extremely excited about joining the board here and bringing the Olympics back here in LA.

"I want to bring my experience playing in LA and as an Olympian to help guarantee an elite experience for athletes in this city in 2024.

"I love this city and how people support both athletes and the creative community."

"Kobe is an icon for millions of sports fans around the world," said Los Angeles 2024 chairman Casey Wasserman.

Wasserman added: "Throughout his career, he demonstrated a real passion for instilling his love of sport and his hard work ethic in the next generation of young athletes.

"Kobe is synonymous with LA’s status as a global sports and entertainment capital and he will be an excellent addition to our bid team."

Along with Bryant, another eight new members of the Athletes’ Advisory Board were revealed today.

Among the names are diver David Boudia, winner of the the 10 metre platform Olympic gold medal at London 2012, and Sochi 2014 ice dancing champions Charlie White and Meryl Davis.

Los Angeles are competing against Paris to win the rights to host the 2024 Olympics and Paralympics.

Earlier this year, the International Olympic Committee (IOC) Executive Board approved plans to award the 2024 and 2028 editions of the Games at the same time.

The Candidate City Briefing on July 11 and 12 has now been elevated to the level of an Extraordinary IOC Session, with members expected to ratify the double award plan.

It is widely expected that Paris will be awarded the first of these, with Los Angeles staging the event four years later.

A final decision on which city will host the Games is due be made at the IOC Session in Lima on September 13.