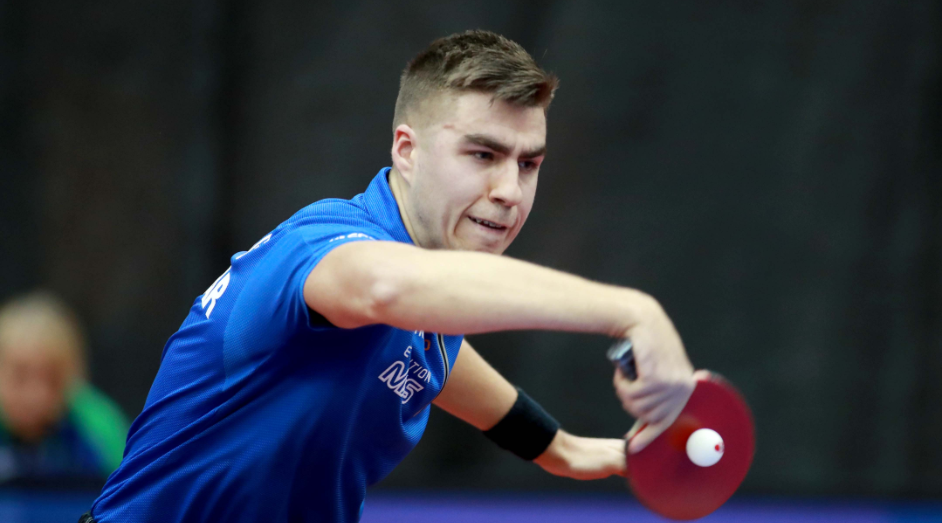 Slovenia made table tennis history today, qualifying for the Olympic Games team event for the first time, at the International Table Tennis Federation World Qualification Tournament in Gondomar in Portugal.

Nine places in each of the Tokyo 2020 men's and women's team events are available, while each successful side in Portugal can nominate two members to compete in the singles event at this year's Games.

Eight men's and women's teams are looking to secure Olympic berths, while the one further place will be determined this weekend.

The 11-seeded Slovenian trio of Darko Jorgić, Deni Kozul and Bojan Tokić were the history-makers at the Multiusos de Gondomar today, surprising the fifth seeds India in the round-of-16 with a comprehensive 3-1 victory.

India have never appeared in an Olympic Games team event - and there was a double blow when the women were also defeated.

They lost to a strong Romania side, 3-2, in the first match of the day.

As expected, in the men's competition there were 3-0 wins for the Republic of Korea over Czech Republic and Chinese Taipei over Poland.

The Chinese Taipei women were also far too strong for France, winning 3-0.

Spain's women exited the tournament, at the hands of Austria 3-1.

One of the round-of-16 games of the day was between Hong Kong, China and Serbia, with the Europeans just making it through 3-2.

Tomorrow sees quarter-finals and semi-finals in the women's competition.

There will be just quarter-finals in the men's.