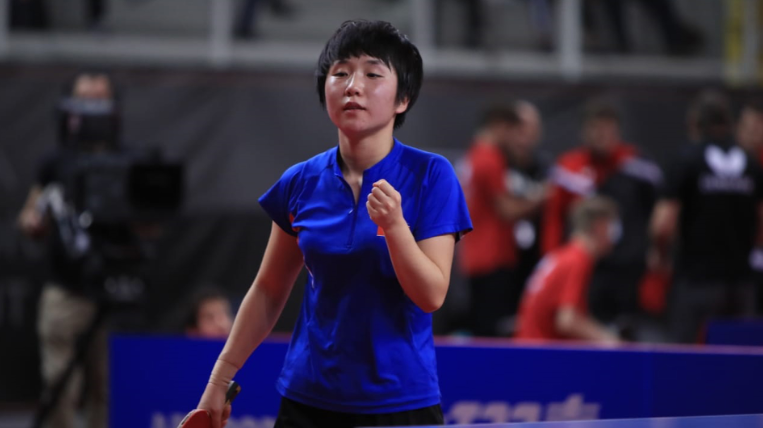 It has been a day of drama at the International Table Tennis Federation (ITTF) World Qualification Tournament in Gondomar, with the women of North Korea claiming a spot at this year's Olympic Games in Tokyo.

Nine places in each of the Tokyo 2020 men's and women's team events are available, while each successful side in Portugal can nominate two members to compete in the singles event at this year's Games.

By tomorrow, eight men's and women's teams will have secured Tokyo 2020 berths, while in each event, the one further place will be determined on Saturday and Sunday (January 25 and 26).

Early qualifiers were North Korea, following a superb display from Kim Nam Hae, leading them to a 3-1 win at the expense of South Korea in their round-of-16 match at at the Multiusos de Gondomar.

Also on the plane to Tokyo are Singapore's women, who pulled off an epic victory over The Netherlands.

"Yes, 100 per cent sure, very happy to qualify for the Olympics," said Singapore coach He Keyi.

"It was a very tough match, every game was so close."

The men could not repeat the feat, going down to Hong Kong 3-2 in the round-of-32.

The majority of games were in the men's competition today, and Poland against Nigeria turned into a classic.

Jakub Dyjas was the hero for the Europeans in their 3-2 win, securing victories over Quadra Aruna and seven-time Olympian Segun Toriola.

Austria fought hard, but were ultimately eliminated by Serbia - who edged a 3-2 triumph.

There was another whitewash, as Sweden dominated Spain to make the last 16.

There were also victories in the men's draw for France over Denmark 3-0, Croatia 3-1 against Greece and Slovakia 3-2 over Romania.

Action is due to conclude tomorrow with four women's matches and the completion of the rest of the men's programme.