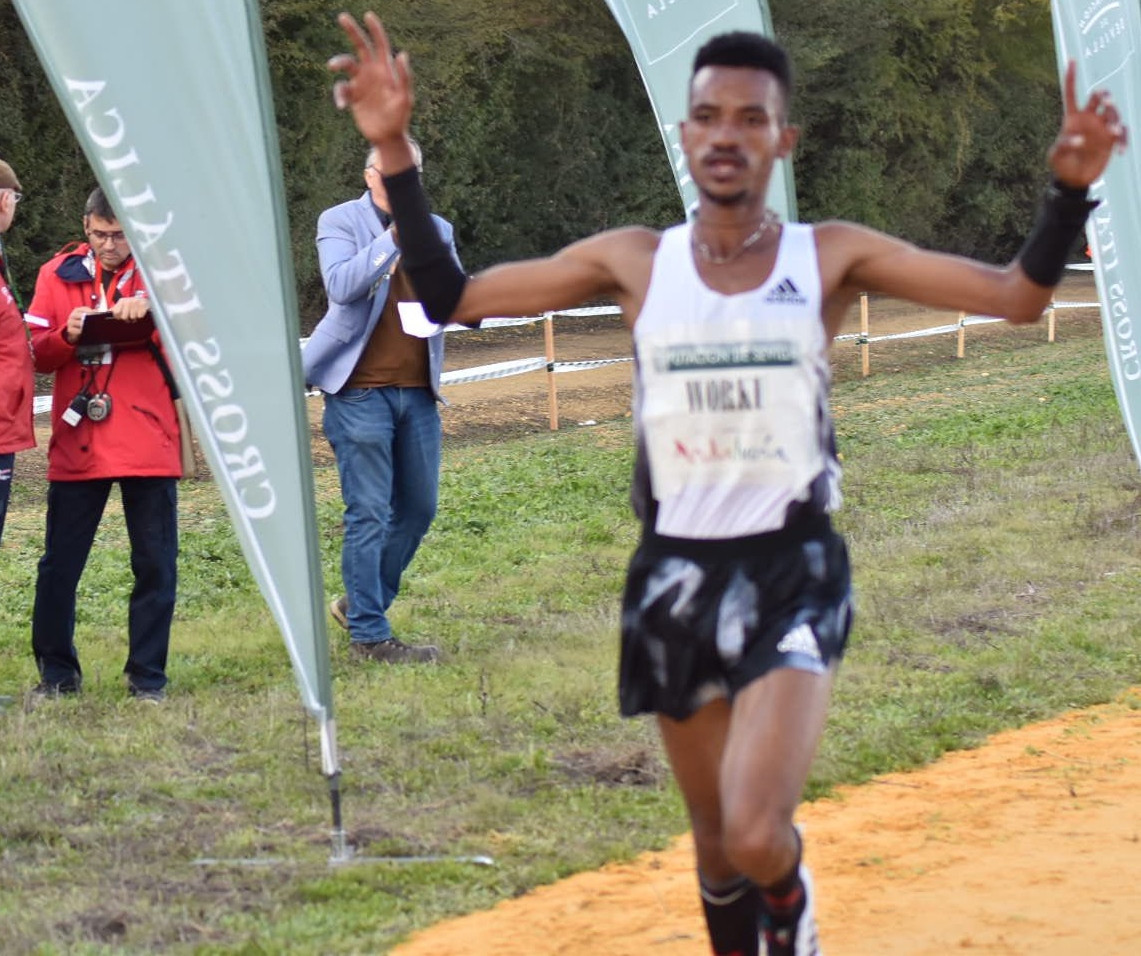 Ethiopia’s Tadese Worku, who does not even turn 18 until tomorrow, posted another impressive performance as he won the the Cross Internacional de Itálica in Santiponce for his second consecutive victory in this season's World Athletics Cross County Permit series.

Unseasonably warm temperatures greeted runners in the men's 9.9 kilometres event in this town near Seville, famous for the ruins of the Roman city Italica, saw the race reduced to a group of four early on following an acceleration from the United States' Paul Chelimo, the Olympic 5,000 metres silver medallist.

That proved to be the case as shortly after halfway, Worku broke away on his own to canter to a 16-second victory in 27min 31sec which meant he could start his 18th birthday celebrations tomorrow early.

Kifle looked set for second place until faltering badly in the closing stages and surrendering not only the runners-up spot to Chelimo, but also third place to Kenya's Richard Yator.

"I’m really pleased with the win, the circuit and the people," said Worku.

"I felt very strong throughout."

Kenya’s Margaret Chelimo was almost as dominant in the women's 9.1km race.

Ethiopia's Tsehay Gemechu claimed third in a race where Kenya's world country champion Hellen Obiri finished fourth, 50 seconds behind the winner after complaining of back pain.

The series is now due to move to the 88th Cinque Mulini in San Vittore Olona in Italy next Sunday (January 26).