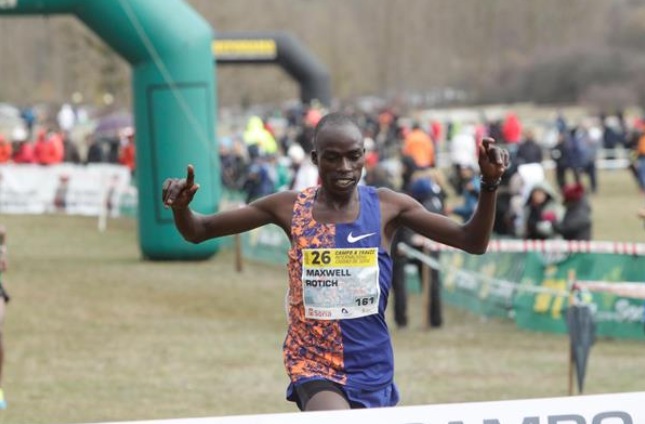 The third leg of the 2019/20 World Athletics Cross Country Permit series moves to Alcobendas, Spain, tomorrow, with some quality athletes on show.

The 38th Cross Internacional de la Constitución on the outskirts of Madrid offers up a tough, undulating 10,060 metre circuit.

But 21-year-old Ugandan Maxwell Rotich will be in a confident mood, having won in Soria, Spain, last Sunday.

Fellow Ugandans Thomas Ayeko and Timothy Toroitich may also be in contention, with Toroitich making his seventh consecutive appearance in Alcobendas.

Ayeko has a strong pedigree, having finished seventh at the World Cross Country Championships in March and runner-up in Atapuerca, Spain, a fortnight ago.

In the women's race the course runs to 8,040m, with Kenya's Eva Cherono highly fancied.

Eighth at the World Championships, and with a second-place finish in Atapuerca, Cherono is the woman to beat.

However, Bahrain's Rose Chelimo, Portugal's Mariana Machado and Carla Salomé Rocha, and Spain's Azucena Calvo should also be in the frame.

Chelimo is the world marathon silver medallist and was just pipped by Machado in the Soria leg last Sunday, so a tasty rivalry is brewing there.

Rocha knows the course well, having competed at Alcobendas three times previously, with a third place in 2014.

Previous winners of the men's event include Eritreans Zersenay Tadese (2005) and Teklemariam Medhin (2012), while Meselech Malkamum was a double winner (2005, 2006) in the women's event, with Vivian Cheruiyot the victor in 2009.

Conditions should certainly be conducive to good times, with a forecast of partly cloudy skies and no rain expected.

The fourth leg of the series takes place in San Giorgio su Legnano, Italy, on January 6 2020.