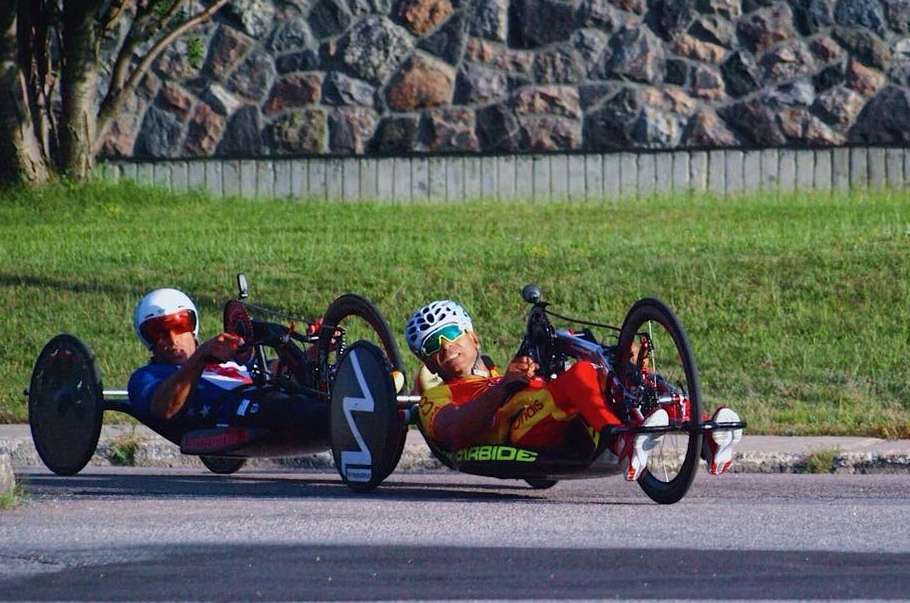 There was double-double golden joy for Italian riders at the International Cycling Union Para-cycling Road World Cup today as Francesca Porcellato and Alessandro Zanardi both earned their second victories in Baie-Comeau.

Porcellato proved she is still one of the world's best at the age of 48 as she added victory in the women's H3 road race to her time trial gold earlier this week, ahead of Germany's Annika Zeyen and Katerina Antosova of the Czech Republic in silver and bronze in the Canadian city.

Four-time Paralympic gold medallist Zanardi has been similarly imperious in the men's H5 category, winning both the time trial and today's road race in Canada.

There was also a second gold medal of the event for the United States' Oksana Masters, the former Paralympic cross-country skiing and rowing medallist  and who is now gearing up for Tokyo 2020 having switch to cycling three years ago.

Masters won the women's H5 road race ahead of Ana Maria Vitelaru of Italy in second, while bronze went to China's Bianbian Sun.

Rio 2016 road race champion Vico Merklein of Germany also claimed his second gold medal from this round of the World Cup, taking an expected victory in the men's H3 ahead of Belgium's Jean-Francois Deberg and Swiss rider Heinz Frei.

Jennette Jansen also completed the double in the women's H4 category, to complete a superb week for a cyclist who had never previously won gold at a major event.

One cyclist who could not complete the double in Baie-Comeau was Austrian Thomas Fruhwirth, winner of the men's H4 time trial earlier this week.

Fruhwirth could only come third in the road race won by American Travis Gaertner, with Australia's Grant Allen second.

In the other categories, Sergio Garrote Munoz of Spain won the men's H2 and men's H1 gold went to Maxime Hordies from Belgium.

The final day of racing in is due to take place tomorrow with the remaining road race classifications.