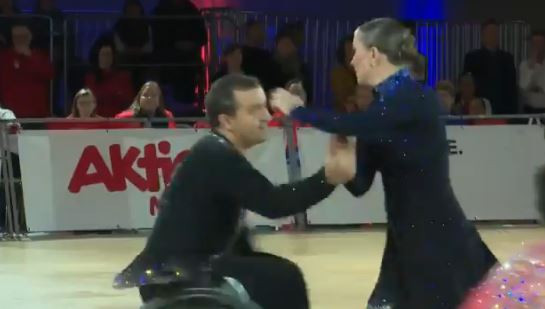 Sedakov had celebrated victory yesterday in the men's single class 2 event at the German city's Hardtberghalle, and he finished on a high with his partner.