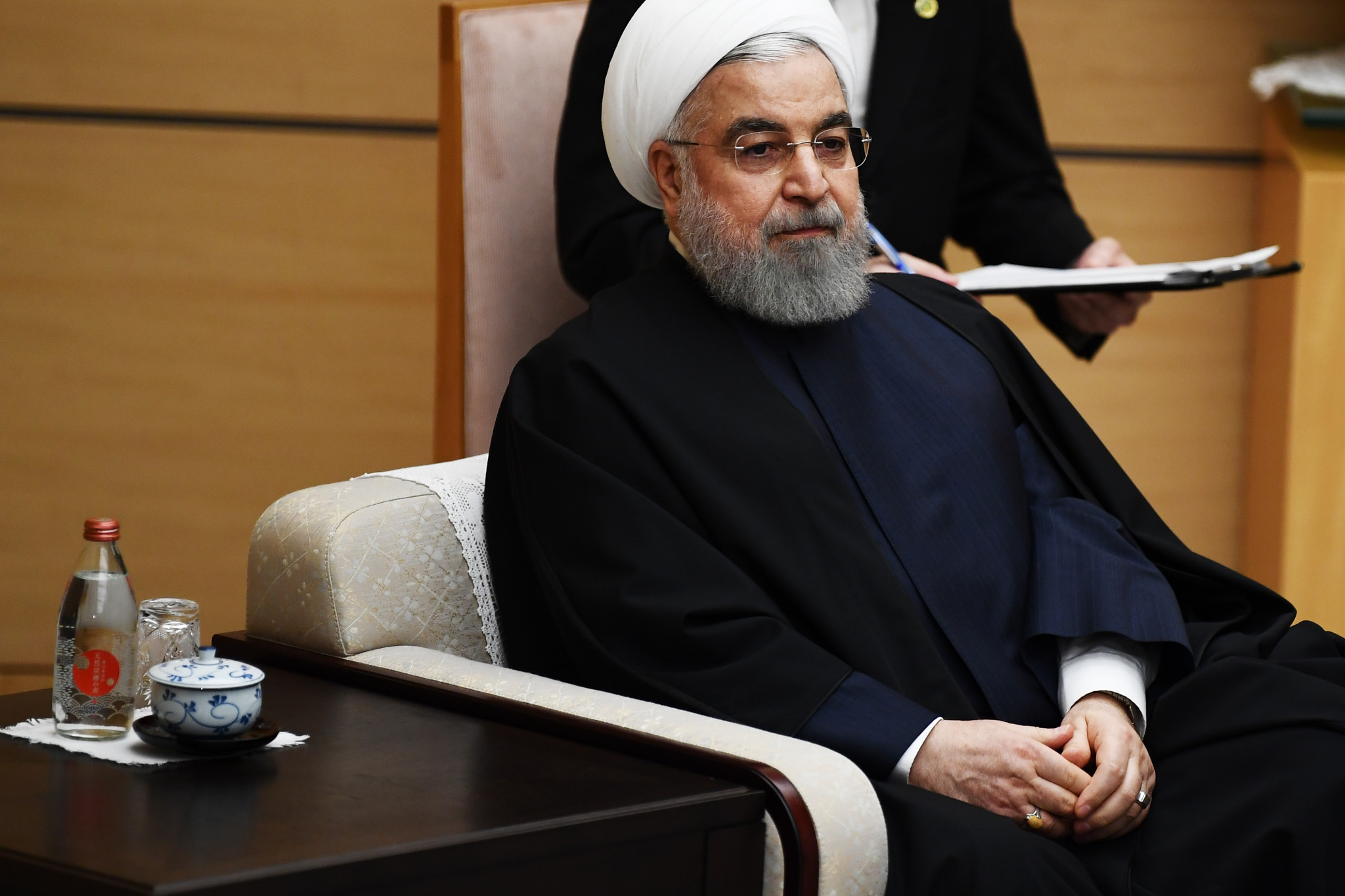 International Olympic Committee (IOC) President Thomas Bach has praised Iran's support for "principles of political neutrality in sport" in a letter to the country's President Hassan Rouhani, despite its refusal to allow its athletes to compete against Israelis.

Bach, who had met Rouhani in New York City during a visit to the United Nations in September 2018, thanked the Iranian Government for co-sponsoring the Olympic Truce - a resolution which aims to ensure a halt to all hostilities, allowing the safe passage and participation of athletes and spectators at Tokyo 2020 - following its approval at the United Nations General Assembly last month.

According to the Tehran Times, the IOC President wrote he "trusts that you and your Government will continue to support these principles of political neutrality and solidarity so that the Olympic Games Tokyo 2020 and beyond will be a true celebration of unity in diversity of all humankind".

It comes even though the Government in Tehran is continuing to order Iranian athletes not to face Israelis at sports events - a clear violation of the Olympic Charter that Bach helped draft.

Iran has been banned by the International Judo Federation (IJF) since October, after Saeid Mollaei alleged he was ordered to lose at the World Championships in Tokyo in August to avoid facing an Israeli opponent in the next round.

Mollaei, who has since sought refuge in Germany and has been cleared by the IJF to represent Mongolia, claimed he was ordered to throw his semi-final rather than risk facing an Israeli in the final of the under-81 kilograms class.

The 27-year-old, who made his first appearance for Mongolia last month, was defeated in the semi-final and went on to lose his third-place fight.

The suspension from the IJF threatens Iran's participation in the sport at Tokyo 2020 and it is possible other organisations could follow suit if Iran does not relax its stance.

In November, United World Wrestling postponed its Greco-Roman World Cup in Tehran in response to "current instability" in Iran.

Two teams had withdrawn from the event on the advice of their Governments.

UWW was criticised by Iran for its decision, marking the latest dispute between the governing body and the nation.

In February 2018, UWW banned Alireza Karimi for six months for deliberately losing the quarter-final of his under-86kg freestyle contest at the 2017 Under-23 World Championships in Polish city Bydgoszcz, to avoid Israel's Uri Kalashnikov in the next round.

His coach Hamidreza Jamshidi was also handed a two-year penalty.

Iran has also faced worldwide criticism for another clear breach of the Olympic Charter by not allowing female spectators to attend football matches and other events in stadiums.

Clerics in Iran have claimed women must be shielded from the masculine atmosphere at sports events and the sight of semi-clad men.

A small number of female fans were subsequently allowed into the 80,000-capacity Azadi Stadium for Iran's 2022 World Cup qualifier against Cambodia in October.

The FIFA order followed the death of Sahar Khodayari, who set herself ablaze outside a court in Tehran in September after she found out that she could face a two-year jail sentence for attempting to enter a stadium dressed as a boy.