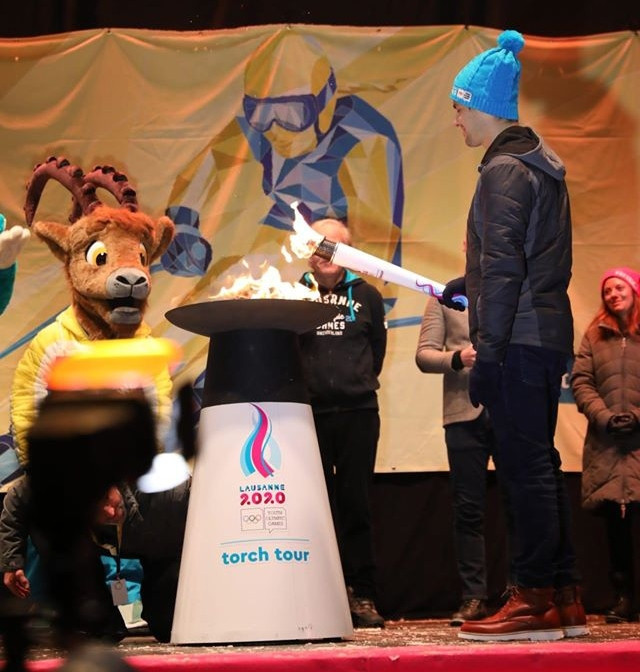 The Games are due to start in Lausanne on January 9 and mark the first time winter-sports-mad Switzerland has hosted an Olympic event for 72 years.

"It's a long time since we organised an Olympic event - not since the 1948 Winter Games in St Moritz in fact," Viletta said.

"In 2003, I was at the European Youth Olympic Festival (EYOF) in Bled in Slovenia, the first big international event I’d taken part in, and that was fantastic.

"When I heard that the YOG 2020 would be in Lausanne, I was really happy, as I know that this is a really important moment for a young athlete."

Viletta, winner of the gold medal in the combined at Sochi 2014, has been appointed as an athlete role model for the Games, scheduled to last until January 22.

"It’s an important role to play, as I know since my experience in 2003 that it’s a special moment for an athlete, and I want to support them, pass on my experience, give them advice," he said.

"I think it’s very important to give back to sport what sport has given me.

"I had so many emotions and great days when I was skiing, and now I can do something good based on what I’ve experienced."

The 33-year-old retired in 2018 following several years of injuries and is already coaching a young Chinese skier, Yi Xiaoyang.

He believes competing at Lausanne 2020 will be of invaluable experience in the future to the teenagers competing there.

"The young athletes will spend the time between races at the Olympic Village, where I can tell them about my Olympic experience, from my youth at the EYOF to the Winter Games themselves," Viletta, who carried the Winter Youth Olympic Games Torch in St Moritz last month, said.

"I think the YOG are a very special event which is different from the World Championships.

"It’s the first time they’ll see the Village, which is good for them, as once they get to the Olympic Games, they’ll already have had this experience.

"It’s not very different, either, as at the Village, you don’t have your family or friends or the media or fans, it’s just the athletes and their entourage.

"Experiencing that will be a great help to them for the future."