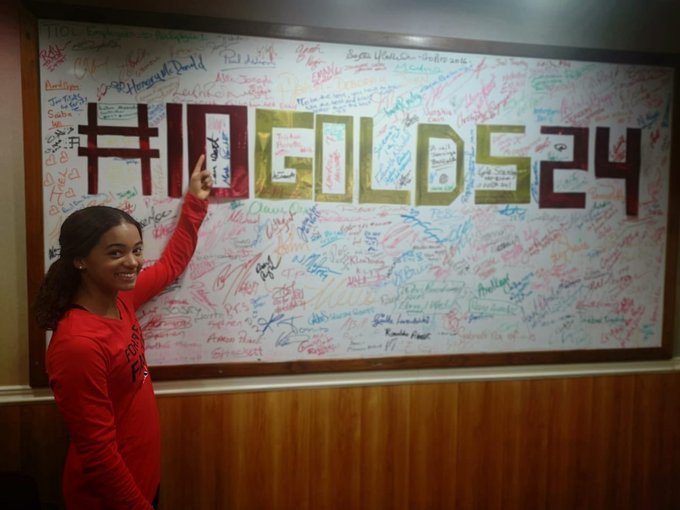 Alpine skier Abigail Vieira is set to become the first athlete to represent Trinidad and Tobago at the Winter Youth Olympic Games after qualifying for Lausanne 2020.

The 17-year-old is American-born but has parents from Trinidad and Tobago.

She is expected to compete in the slalom, giant slalom and super giant slalom events in Les Diablerets from January 10 to 15.

Trinidad and Tobago participated in bobsleigh at the Lillehammer 1994, Nagano 1998 and Salt Lake City 2002 Winter Olympic but has never featured in the junior version of the Games.

Vieira appeared at a media event at the Trinidad and Tobago Olympic Committee (TTOC) House in Port of Spain alongside her mother and coach Ria Vieira, coach Lori Ford and her father and team Chef de Mission Richard Vieira.

"It always seemed like a dream and now that dream is only about a week away," said Abigail Vieira.

"Skiing for Trinidad and Tobago is something that I find is so unique and the opportunity to ski for a country that I wouldn’t be able to otherwise is just really an honor.

"Having a part of me that’s shown on the slopes and having people come up to me and me being able to share a side of me that I wouldn’t be able to otherwise, is something I find really important and that I’ve really just enjoyed doing.

"I would love to grow the sport.

"Being one of the only people and skiing for Trinidad and Tobago has given me a totally new perspective on skiing and I want other people to experience that as well."

"Today is a historic day in the history of the Olympic movement in Trinidad and Tobago," Lewis said.

"It’s an honor and always an honor and a privilege to represent the red, white and black and for the first time, Trinidad and Tobago will enter the Opening Ceremony of a Winter Youth Olympic Games.”

He also thanked the President of the Trinidad and Tobago Snowsports Federation, Hamish Hasmath, who was at the event, for facilitating and supporting Vieira.