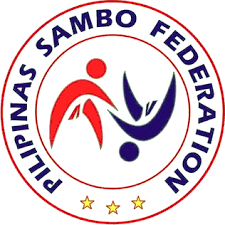 Pilipinas Sambo Federation chairman Karlo Nograles has described the sport as an emerging medal source for the Philippines after an impressive performance at the recently-concluded Southeast Asian (SEA) Games in the country.

The Philippines won a total of six medals at the Angeles University Foundation Gymnasium, made up of two golds, one silver and three bronzes.

The men's 57kg combat silver medal went to veteran wushu artist and mixed martial arts star Rene Catalan and there were bronzes for Patrick Manicad, in the men's 82kg combat, and Jose Rene Mondejar III, in the men's 90kg combat.

Nograles, also currently serving as the Cabinet Secretary of the Philippines, hailed the performance of the Filipino team.

"Our six medals show that we can compete and excel at the international level," he was reported as saying by PTV News.

"We need to continue focusing our energies and resources to further developing sambo.

"It would open a lot of opportunities for our youth."

Nograles added: "This sambo victory is a big win for the sport and for the country.

"We’re writing a new chapter with these SEA Games results and we’ll take on the challenge of popularising this combat sport so that more Filipinos will join and become aware of how dynamic and promising this martial art is, especially in terms of gaining acclaim for us in worldwide competition."

Sambo was one of 12 disciplines that made their debut on the SEA Games' sport programme this year.

The five other countries represented in competition were Indonesia, Malaysia, Singapore, Thailand and Vietnam.

Indonesia topped the medal standings, ahead of the Philippines, with four golds, one silver and two bronzes.

Nograles envisages a bright future for the sport in the Philippines.

"Sambo is just starting to take root in the country, yet our sambo athletes have already brought us pride and honor in international competition," he said.