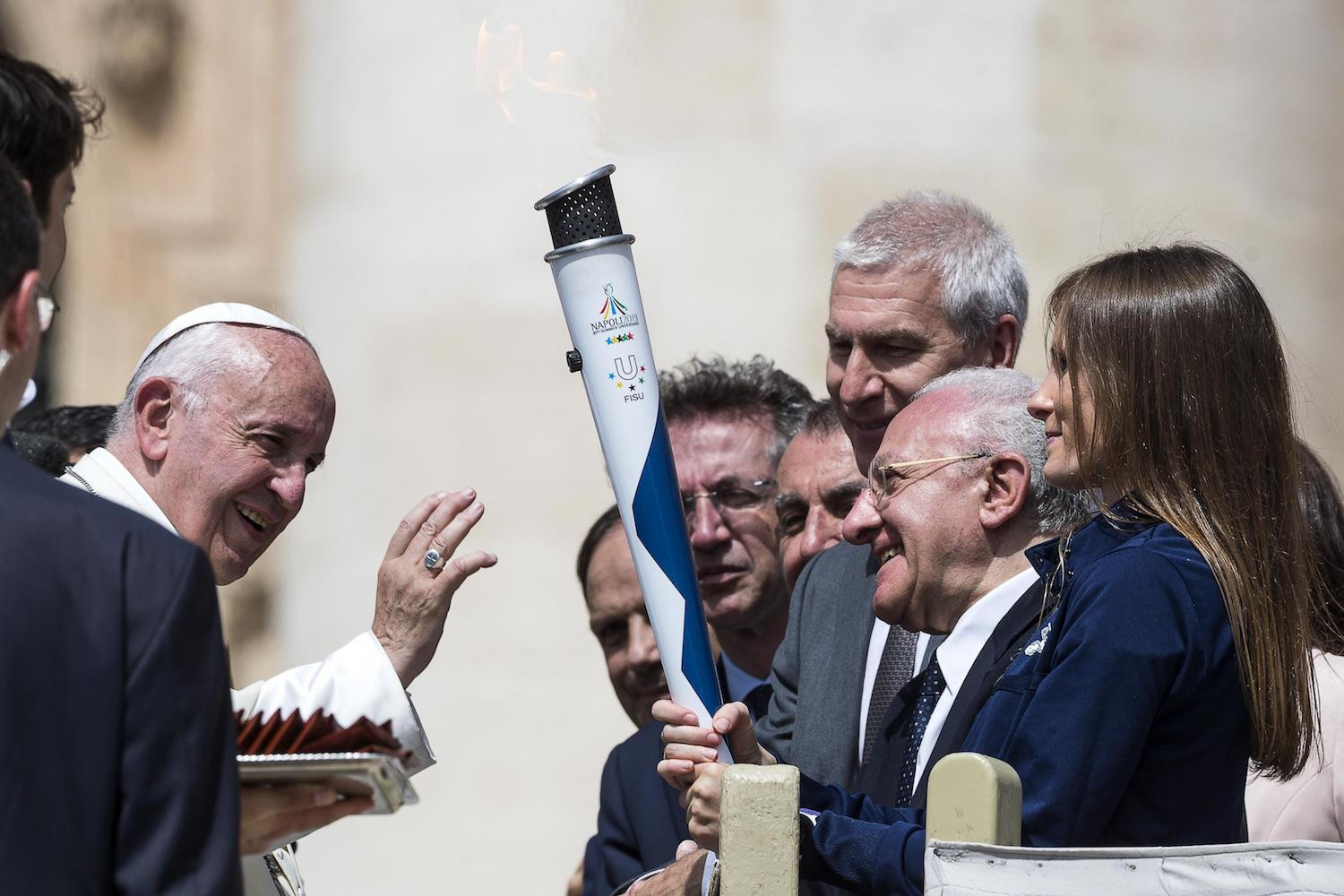 The Vatican plans to create its own National Olympic Committee (NOC), and a spokesman has claimed it is "realistic" to expect it to take part in the Paris 2024 Opening Ceremony parade of nations.

Monsignor Melchor Sanchez de Toca, Minister of Sport within the independent city-state within Rome that is ruled by the Pope, told FrancsJeux: "Our relations with the International Olympic Committee (IOC) are excellent.

"But we would like to give more stability to these relations, with a view to the creation of an Olympic Committee of the Vatican.

"Professional sport has become an industry, a huge market.

"People are very attracted to the spectacle of sport.

"It means that sport touches something deep in the individual.

"But we must help this industry to adopt a code of ethical regulation, by always putting people at the centre of the sport.

"Sport must be a means, not an end.

"A voice outside the world of sport, like that of the church, can help reposition the core values of sport."

Asked if he intended to create an NOC in the short or long term, De Toca responded: "I would say in the medium term.

"We started with athletics.

"I took advantage of my visit to Monaco, at the Peace and Sport Forum, to go to the headquarters of World Athletics.

"We have started discussions for the affiliation of our Federation.

"It is still modest, we may have 90 licensees early next year, but if we get recognition by an International Federation the process will be easier with the others.

"When we have five sports affiliated to their respective international federations we can think of the constitution of a National Olympic Committee."

De Toca – invited by the IOC as an observer at Rio 2016 and Pyeongchang 2018 - said that in January this year the first governing body, Athletica Vaticana, had been created within the state that contains 823 residents, and added:

"With five or six of these sporting realities, we could form a National Olympic Committee.

"And be able to parade, one day, at the Olympic Games.

"We don’t want to fight for medals.

"Our Olympic Committee would be above all symbolic.

"But this would show that the values of Olympism can be shared by Christians."

Asked if the Vatican might be in the parade for Paris 2024, he responded: "This seems realistic to me.

"Even if it is necessary to resolve legal difficulties."