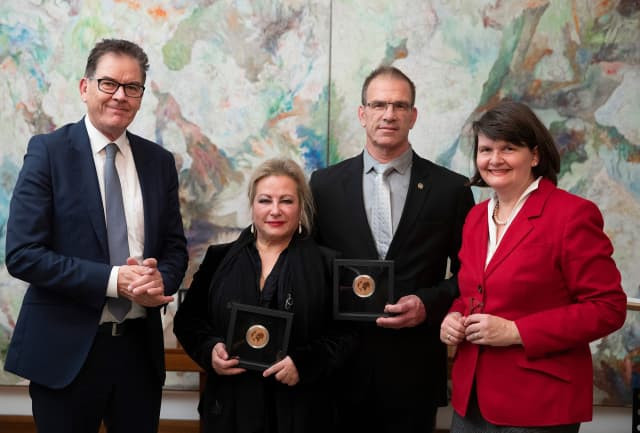 German couple Regina and Johannes Daxbacher have received the country's Eine-Welt-Medaille for their work teaching judo in Ethiopia.

The prize, translated as One World Medal, was bestowed on the pair by the German Ministry for International Cooperation and Development.

Through their "Judo for Ethiopians" programme, the couple have not only taught the sport in the African country but organised the delivery of equipment.

They are committed to gender equality and have worked on the project for more than a decade.

Johannes is also a member of the International Judo Federation's (IJF) Military and Police Commission.

He has held meetings with police in Ethiopia to discuss how judo can be used in conflict resolution, and has also visited Sudan.

"This makes us feel very happy, because this award and prize from the German Government is a great thank you to all the people who supported us and a great way to reinforce the global reputation of the IJF and its engagement towards judo for peace and development," the pair said in a statement after a ceremony in Bonn.

The IJF claimed a Government prize for a judo social development project was likely unique.

"We are supporting people who dedicate their life with dignity, and where the strong ones take part with responsibility and help, share and give to the people in need," Gerd Müller, Germany's Minister for Foreign Affairs, added.