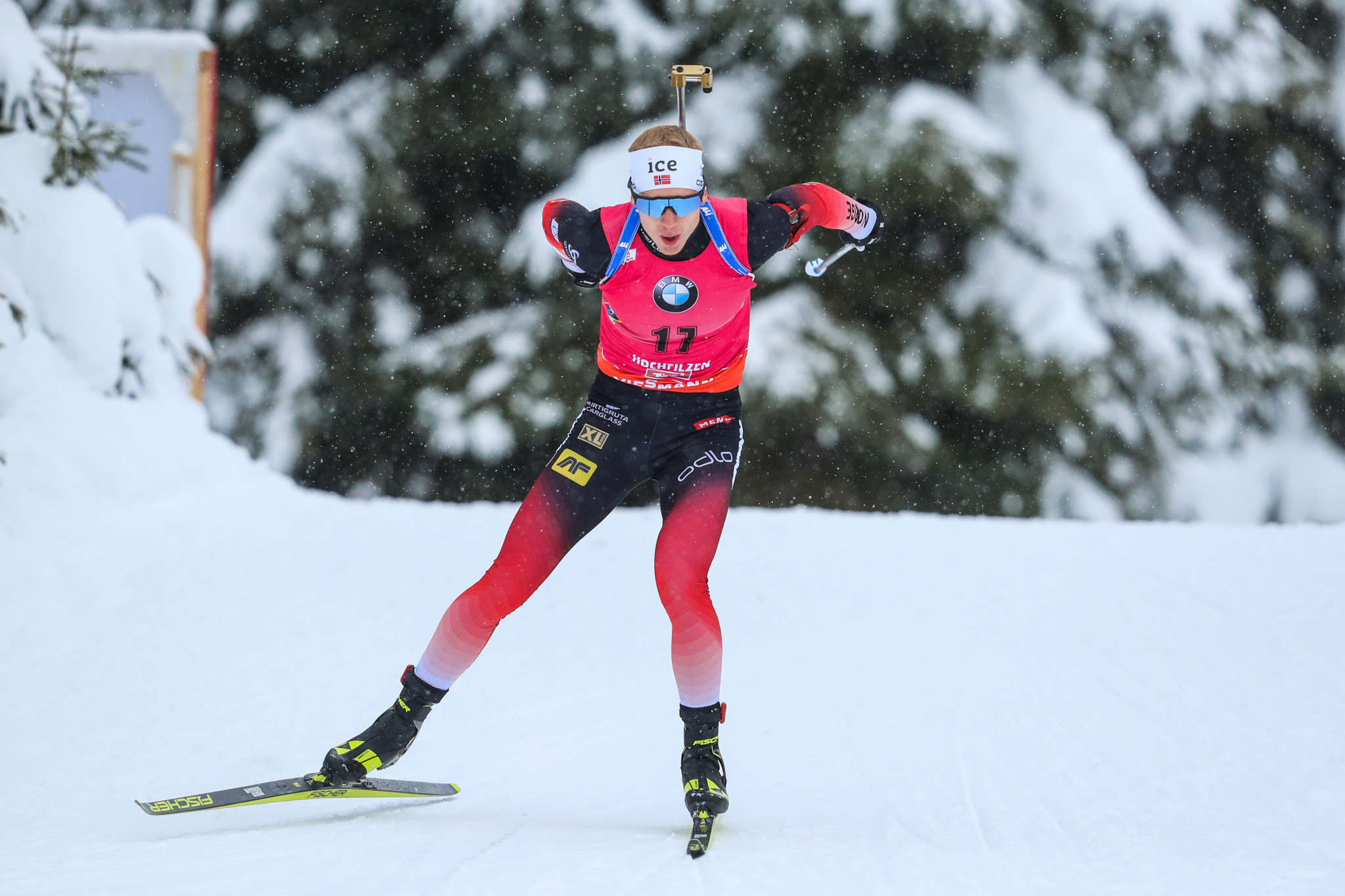 Bø, winner of yesterday's sprint, completed the 12.5km course 33.5 seconds quicker than Loginov, who was forced to settle for the silver medal.

Emilien Jacquelin of France did enough for third after finishing a further seven seconds adrift of the formidable Norwegian.

Victory for Bø, a seven-time world champion and favourite to defend his overall title this season, saw him extend his lead at the top of the standings.

The 26-year-old has 211 points, 34 ahead of Loginov, after the first four individual races of the season.

Switzerland finished third, over a minute slower than the triumphant Norwegian quartet.

"It was a really hard race today," Røiseland said.

"I was so far behind (25.7 seconds) when I started my leg; I kept trying, never giving up.

"I am proud of the whole team and really happy now."

The World Cup concludes with the women's pursuit and men's relay tomorrow.