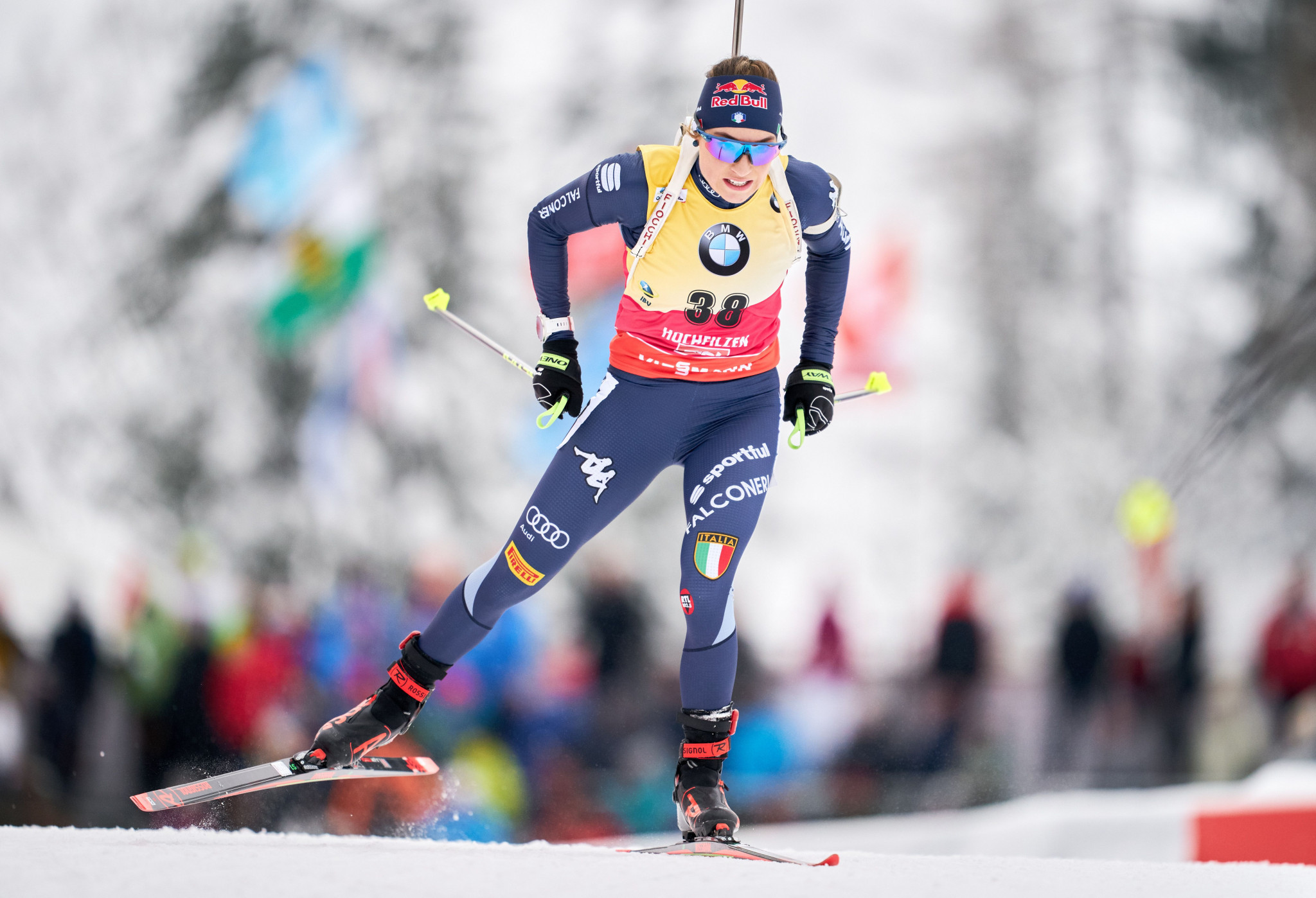 Defending champion Dorothea Wierer extended her lead at the top of the overall women's standings after winning the sprint at the International Biathlon Union World Cup in Hochfilzen.

The Italian recovered from an error in the prone with a flawless standing stage on her way to clocking a time of 21min 26.5sec.

Victory for Wierer cements her position in top spot on the overall leaderboard.

The double Olympic medallist moved on to a total of 156 points following the third individual race of the season, 43 clear of Tandrevold.

Marte Olsbu Røiseland of Norway is third, one point behind her compatriot.

"I was sure the race was over after the prone shooting, because I felt really strange on the track," Wierer said.

"I did not know if it was good or bad.

"Finally I was just concentrating on my standing shooting, hit them and it worked really well."

Norway's Johannes Thingnes Bø, the men's defending champion, won the 10km sprint to overtake Frenchman Martin Fourcade into top spot on the leaderboard.

The seven-time world champion recorded a time of 25:07.8 to beat Simon Desthieux of France by 7.8 seconds.

Alexander Loginov of Russia did enough for third, a further 6.8 seconds behind Desthieux.

Bø occupies first place on the overall standings on 151 points, with Desthieux second on 135.

Fourcade, who could only manage 10th today, is four points behind his compatriot in third.