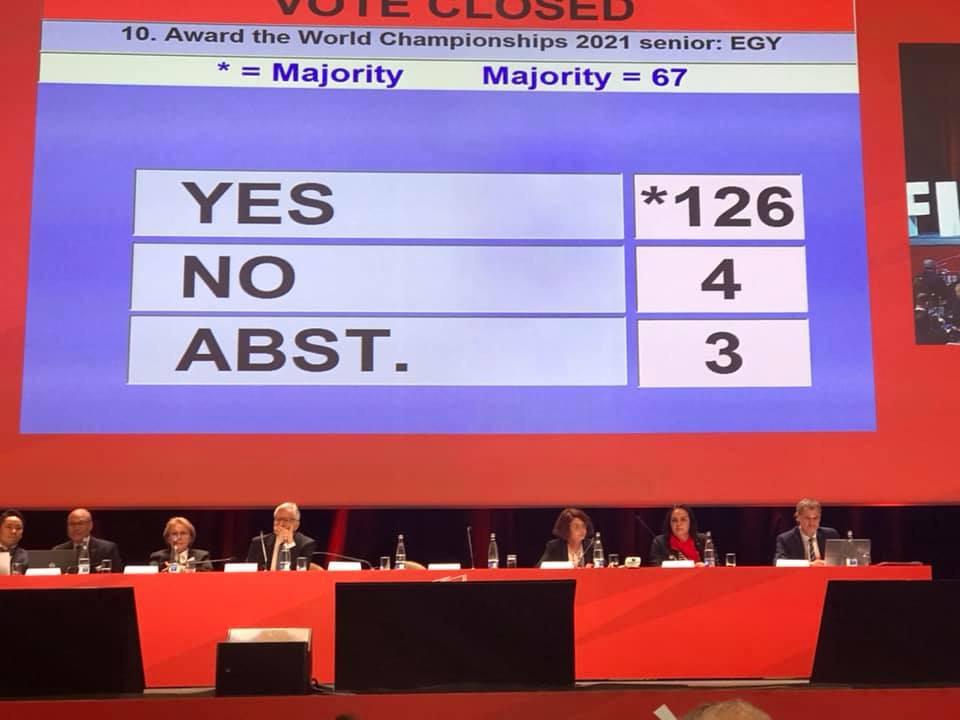 Egypt will stage the World Fencing Championships for a second time, after the African country was awarded the hosting rights for the 2021 edition.

Egypt was the only candidate and received 126 votes at the Congress in Lausanne.

There were four votes against and three abstentions.

Cairo became the first African host of the World Fencing Championships in 1949, but the event has not been staged on the continent since.

Egypt will also hold the Junior World Championships in 2021.

Abdelmoneim Elhusseiny, President of the Egyptian Fencing Federation, welcomed the decision from the FIE on Facebook.

"Impossible is nothing," he said.

The FIE also opened the bidding process for the 2022 World Fencing Championships at all levels during the Congress.

The worldwide governing body's membership swelled to 157 at the meeting, as the FIE approved the final affiliation of Cape Verde, Kenya, Oman and Papua New Guinea.