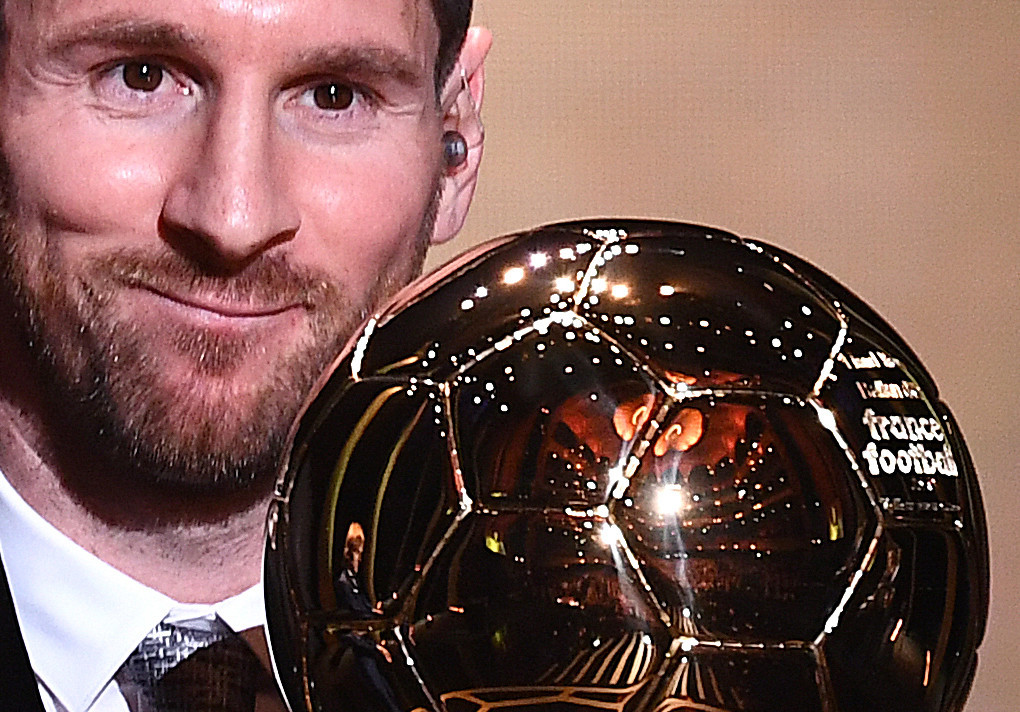 It is the 32-year-old Argentine's first Ballon d'Or since 2015 and comes after he struck 54 goals for club and country in the 2018-2019 season, during which Barcelona won La Liga.

Messi's triumph means the Ballon d'Or has been won by a player from Spain's La Liga in each of the last 11 years.

Last week, Messi made his 700th appearance for Barcelona, scoring in a 3-1 win over German side Borussia Dortmund as the Catalans reached the knockout stages of the UEFA Champions League.

He has scored an incredible 614 goals since his debut campaign in 2004-2005 and has won a club-record 34 trophies, including 10 La Liga titles and four UEFA Champions League crowns.

"Today is my sixth Ballon d'Or," Messi was reported as saying by BBC Sport.

"It's a completely different moment, lived with my family and my children.

"As my wife said, you must never stop dreaming, but always work to improve and continue to enjoy."

He added: "I am very lucky, I am blessed.

"I hope to continue for a long time.

"I realise that I am very lucky, even if, one day, retirement will ring.

"It will be difficult.

"But I still have beautiful years ahead of me.

"Time goes very quickly, so I want to enjoy football and my family."

Rapinoe, 34, co-captained the US to victory at this year's FIFA Women's World Cup in France, where she was named the best player of the tournament and finished joint-top scorer with six goals alongside Morgan and England's Ellen White.

Bronze, who in August became the first Englishwoman to win the UEFA Women's Player of the Year award, played an influential role in England's run to the semi-finals, when they were beaten by the US.

Rapinoe was not in attendance at the awards ceremony, held at the Théâtre du Châtelet in Paris.

Speaking in a recorded message, she said: "I'm so sad I can't make it tonight.

"It's absolutely incredible, congrats to the other nominees.

"I can't believe I'm the one winning in this field, it's been an incredible year.

"I want to thank my team mates and the US federation."

Among the other winners on the night was Liverpool's Alisson, who claimed the inaugural Yashin Trophy for best goalkeeper.

The Brazilian finished ahead of Barcelona's Marc-André ter Stegen of Germany and Brazilian compatriot Ederson of Manchester City.

The Kopa Trophy, awarded to the best under-21 player and chosen by former Ballon d'Or winners, went to Juventus defender Matthijs de Ligt of The Netherlands.