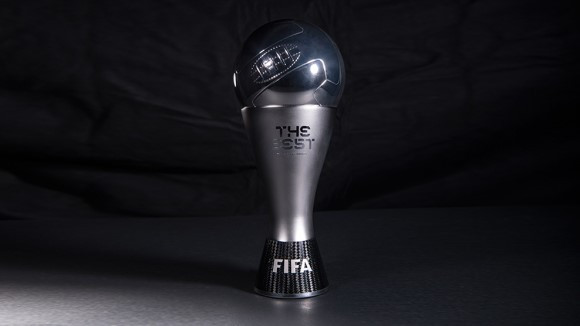 There are set to be 11 awards presented at the Teatro alla Scala in Milan on September 23.

Liverpool defender Van Dijk is expected to usurp multiple Ballon d'Or winners Ronaldo, who made the switch from Real Madrid to Juventus in 2018, and Barcelona star Messi.

Van Dijk was part of the 2019 Champions League winning Liverpool side, while also finishing as a UEFA Nations League runner-up with The Netherlands.

FIFA Women's World Cup winners Alex Morgan and Megan Rapinoe from the United States will go up against England's Lucy Bronze in the vote for the Best FIFA Women's Player.

Rapinoe claimed the Golden Boot at the World Cup, despite tying with teammate Morgan on six goals and three assists apiece, owing to the fact she spent less time on the pitch.

Bronze had a sensational season with Lyon, winning the French league and assisting a goal in their Champions League final victory against Barcelona.

The English Premier League accounts for all three managers in the Best FIFA Men's Coach award.

All three nominees for the Best FIFA Women's Coach come from the international scene, where World Cup winning United States coach Jill Ellis will be favourite to walk away with the award.

Dutch coach Sarina Wiegman and England's Phil Neville, who guided their nations to second and fourth at the World Cup are also nominated.

Fans can also vote for the FIFA Fan Award.

Silvia Grecco, a Brazilian mother who vividly describes Palmeiras matches to her blind son, is one of three nominees.

The Netherlands Oranje fans have been nominated for their support of their nation at the FIFA Women's World Cup, while Justo Sánchez, a Uruguayan father who does not miss a single game of his team's rival in memory of his deceased son, completes the top three.