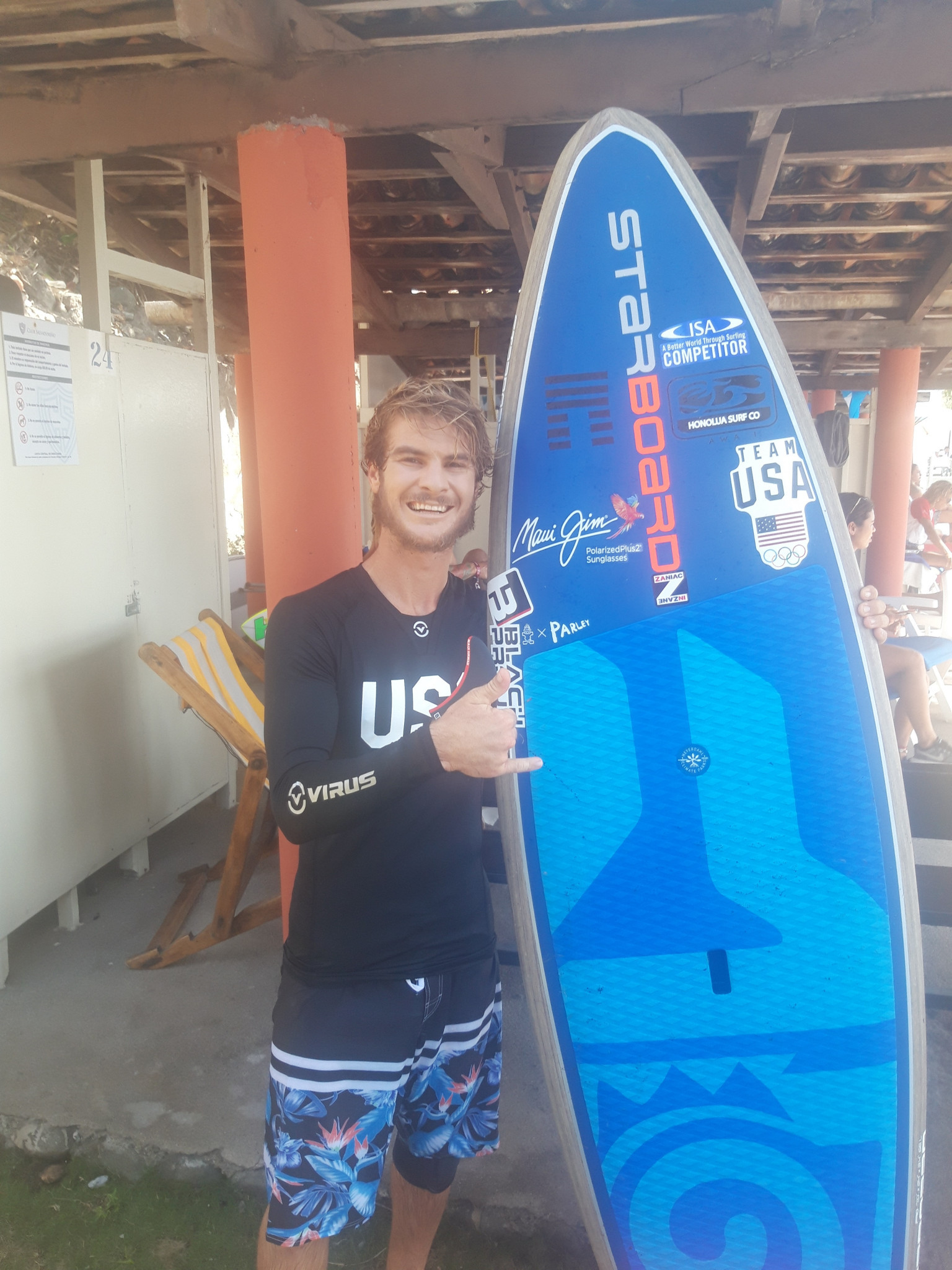 American surfer Zane Schweitzer has thrown his weight behind the International Surfing Association (ISA), as the dispute over the ownership of the standup paddle discipline with the International Canoe Federation (ICF) rumbles on.

Speaking during the ISA World StandUp Paddle (SUP) and Paddleboard Championship here at El Sunzal beach, the 26-year-old told insidethegames he wants the sport to be governed by the ISA.

"The ISA has been the roots and foundation of our surf sports and SUP has been a branch of that," said Schweitzer.

"All the pioneers of SUP came from somewhat of a surf background and we have had this foundation set with the ISA for so many years.

"It has been so awesome that Fernando Aguerre [ISA President] has adapted the sport into the ISA.

"We have had some amazing competitions and it has given us a platform to compete on a world-class level and for World Championships."

Schweitzer's affiliation with ISA goes back several years, with the Hawaii-based star winning the SUP surf title at the 2016 World Championship.

Did you know that entry to the ISA world SUP Championshop is only to official members on National teams since 2012? Entry to the CHINA ICF SUP SO CALLED world championship was open to anybody? What a joke!!!! If the ISA champs would have done that we would have 2000 entries pic.twitter.com/bgckRkD2kU

On Wednesday (November 27), Aguerre stoked the flames on the ICF feud by taking to social media to criticise an open competitor policy used during the ICF World SUP Championship in October.

A two-day hearing into the ISA and ICF dispute was held by the Court of Arbitration for Sport last month, and Schweitzer hopes for a quick resolution to the matter.

"At the end of the day, I am super thankful to be here representing Hawaii and the United States on a platform such as the ISA where the ocean is our playground and our place to perform," he added.

"No matter how the waves are during the surf event, we can always go out on the ocean and perform in the technical races, the sprint races and distance races."

Schweitzer booked his place in the third round of the SUP surf contest in El Salvador, as he seeks valuable points for the US in their overall bid for team gold.

Carrying a knee injury, he progressed from his round two heat in second place after edging out Australian Dylan Frick by just 0.06 points.

"It is a chess game out there," Schweitzer said.

"It really went flat and Dylan had the best wave of the set, but he didn't have the back-up score.

"I had priority and I knew he was the only chance to overtake me.

"It is easy to get inside your own head, but you need to stay confident with your preparation and your game."