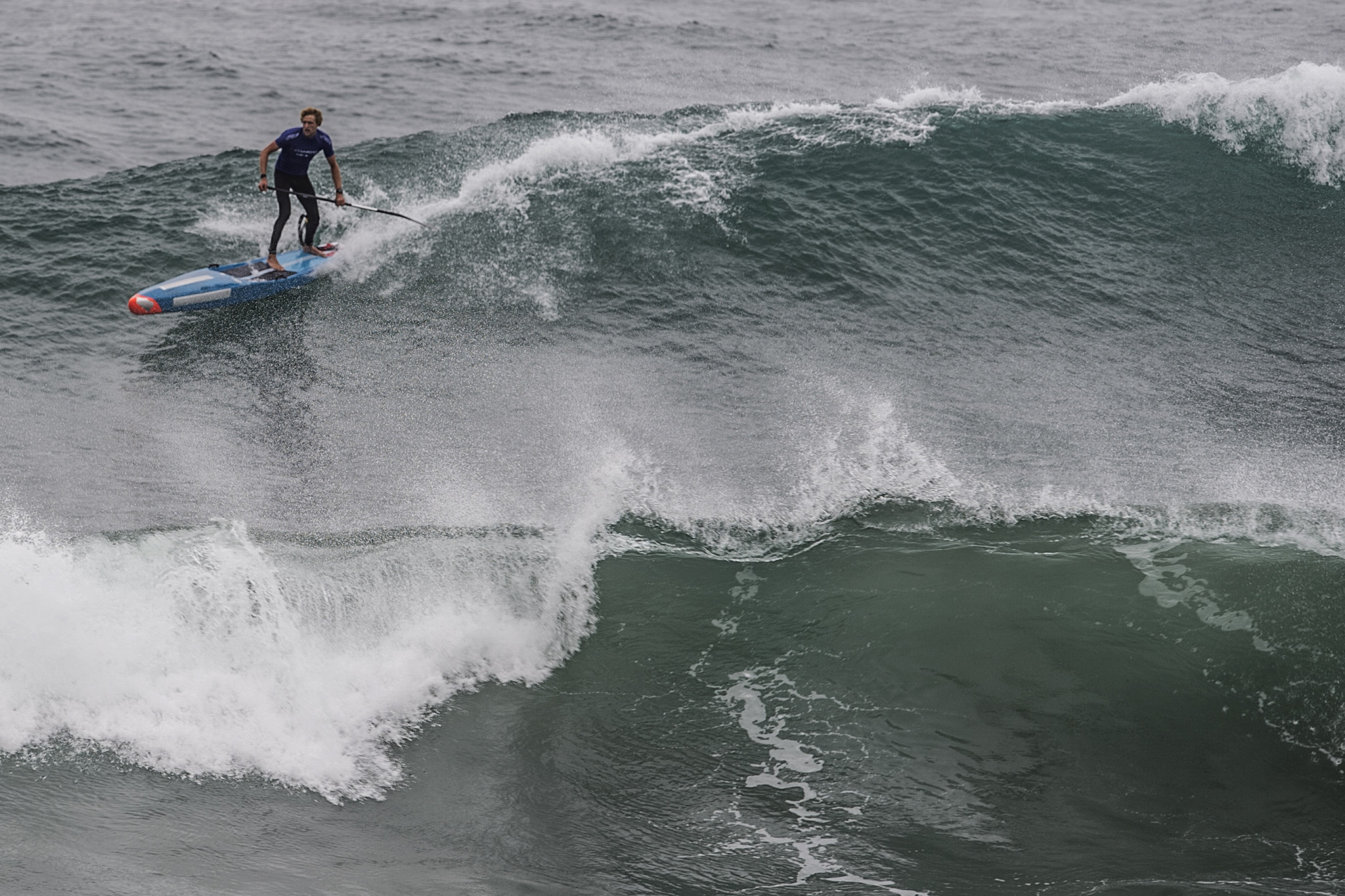 International Surfing Association (ISA) executive director Robert Fasulo believes stand-up paddle’s (SUP) involvement at Lima 2019 is a validation of the approach they have taken with the discipline.

Guimaraes won the women's event in a time of 33min 25.7sec, finishing ahead of America's Candice Appleby and Puerto Rico's Mariecarmen Rivera.

The staging of SUP competition at Lima 2019 comes at a time when the ISA are locked in a protracted legal dispute with the International Canoe Federation (ICF) over who runs the discipline.

The dispute is set to be settled by the Court of Arbitration for Sport.

The ICF will stage a SUP World Championships in China later this year, one year on from being forced to cancel the inaugural event in Portugal.

It followed the Portuguese Court of Arbitration for Sport ruled the country's national surfing body had exclusive control.

It involves athletes standing on a board and using a paddle to move across the water, so is said to have elements of both canoeing and surfing.

Fasulo suggested the inclusion of SUP racing at the Pan American Games showed the ISA had a long-term strategy for the discipline and justified their work to date.

"For us it is a validation, absolutely," he told insidethegames.

"It is a validation that what we have been doing long-term has come to fruition.

"This does not come around just be happenstance.

"It comes as a result of a strategy, a vision, hard work and investment over time.

"I think from what I have heard from surfers and SUP racers is that the experience of being able to march into the stadium and feel the atmosphere was unprecedented for them.

"That is what we have been working for."

SUP events have featured at the Games alongside shortboard and longboard surfing disciplines.

The winning athletes in the men and women's shortboard competitions will earn a place at next year's Olympic Games in tokyo.

The venue will become the home of the Peruvian Surfing High Performance Centre following the Games.

Fasulo hailed the facility, which he believes will serve athletes from Peru and beyond in the future.

"The location is without doubt a world-class high performance centre, which will be a legacy after the Games for Peruvian surfing, the region and if not the world," Fasulo said.

"t is a really impressive facility.

"It is not 100 per cent completed but far enough along to see that it is state of the art.

"The location itself is already well known in the surf world, which is producing great waves."