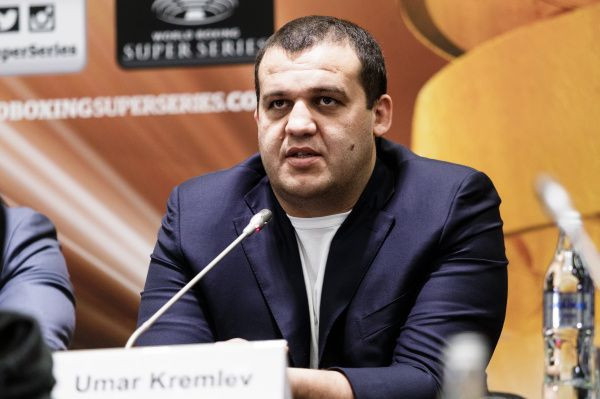 Russia's sports leaders are to blame for the situation that has left the country facing a four-year ban from international competition, the general secretary of the Russian Boxing Federation Umar Kremlev has claimed.

The World Anti-Doping Agency (WADA) Compliance Review Committee (CRC) has recommended that the Russian Anti-Doping Agency (RUSADA) be declared non-compliant once again and a series of measures to be taken against Russia, after they found they had manipulated data given to them from the Moscow Laboratory.

These include banning Russia for four years from competing under its own flag at international competition and from hosting major events, which could threaten next year's Euro 2020 football tournament and the 2023 International Ice Hockey Federation World Championships.

"The fact that everything came down to such recommendations and statements is also to blame for the Russian sports functionaries and specifically the leaders of all sports Federations," Kremlev, a member of the International Boxing Association (AIBA) Executive Committee and widely seen as a contender to be the world governing body's next President, said.

"Firstly, contacts on the international scene are poorly established, there is no interaction and dialogue with the same WADA, and secondly, which is even more frustrating, the Russian Federations do not interact with each other.

"At least once a year, all our organisations need to hold meetings, share experiences, because we all work for the same goal - to make our sport even better.

"It is necessary to develop reporting criteria for each sports Federation according to the work done and future plans.

"After all, the country entrusted us with the leadership of sports Federations.

"We, as the leaders of sports organisations, must justify the trust placed in us and act primarily in the interests of the country and athletes."

But Kremlev, like most other officials in Russia, warned he would resist any attempts by the WADA Executive Committee to stop their athletes competing under their own flag at the Olympic Games or block the country from hosting major events, at its meeting in Paris on December 9.

Such a ban would hit plans unveiled by Kremlev last week to launch a new AIBA World Cup tournament in Russia next year.

He, however, is confident that International Olympic Committee (IOC) President Thomas Bach will not endorse such draconian measures.

"WADA should not dictate the conditions, it's the body which is designed to monitor compliance with anti-doping rules," Kremlev said.

"I think the members of the IOC Executive Board, in particular Thomas Bach, will reach a sound solution.

"After all, Russia plays a huge role in world sports.

"It is unacceptable that major sports tournaments take place without our country, or Russia is somehow restricted in rights.

"All athletes at the Olympics represent their country, which is why it is very important that the Games have a flag and the national anthem is sounded in case of victory.

"It can be argued that it is unacceptable to go to competitions without a flag, since the athlete's main goal is to represent the country on the world stage and glorify it.

"But in the current situation, in my opinion, athletes still need to go to the Olympics and show everyone that Russian athletes are the best in the world."