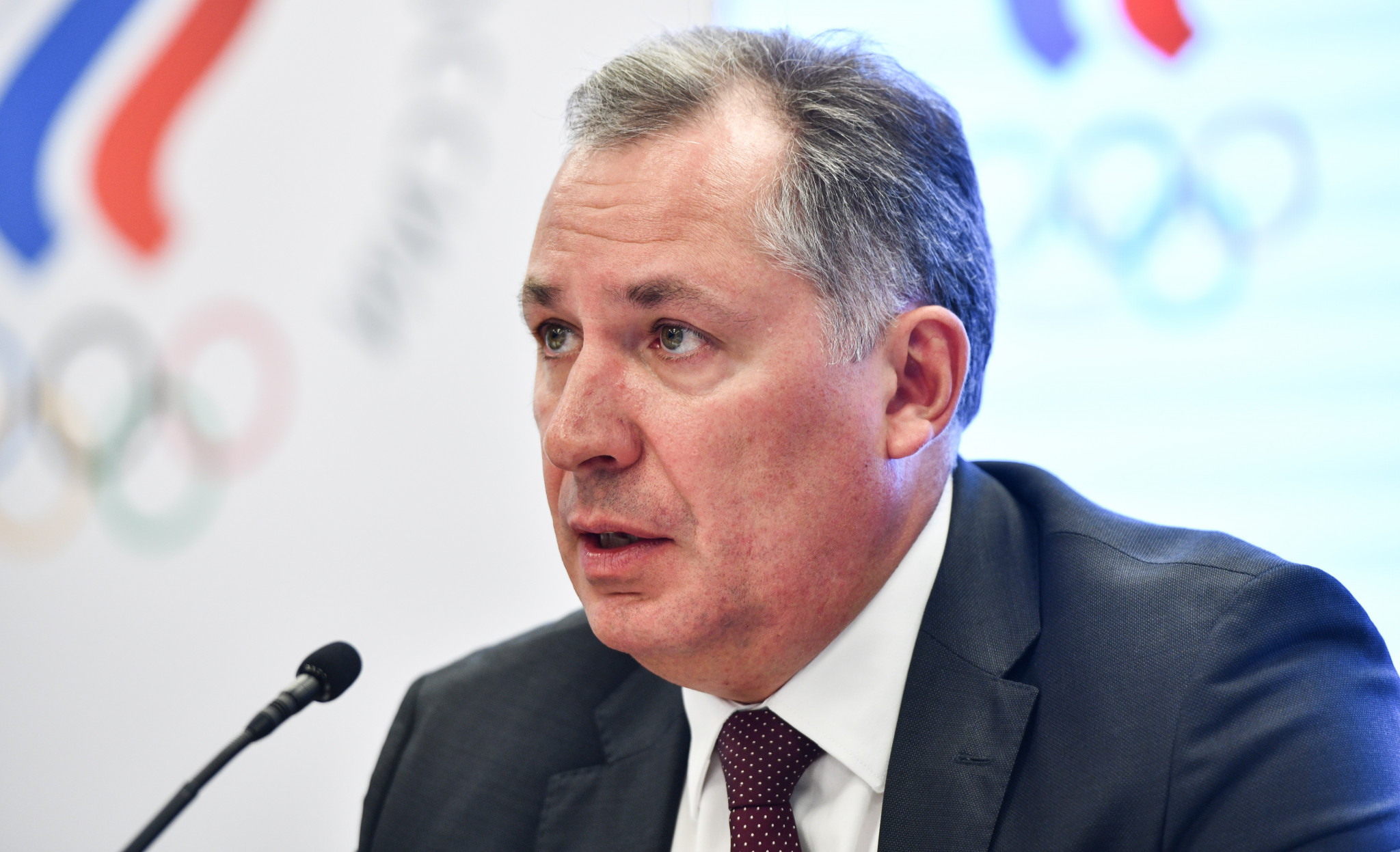 The Russian Olympic Committee (ROC) has called for the complete replacement of the Russian Athletics Federation (RusAF) leadership and claimed the organisation’s membership would be under consideration at their next meeting.

The declaration was made after an extraordinary meeting of an ROC working group, which included interim RusAF President Yulia Tarasenko.

Tarasenko was installed into the post after the resignation of Dmitry Shlyakhtin, charged for obstructing an anti-doping investigation.

The meeting was held after the World Athletics Council suspended RusAF's reinstatement process following the charges from the Athletics Integrity Unit (AIU) and warned it was considering expelling the embattled national governing body.

The ROC claimed a "unanimous decision" was made to recommend RusAF undertake all necessary measures to radically reform the structure of the organisation.

This included updated the leadership of the organisation and regular interaction with athletes and coaches.

"Unfortunately, the recent activity of the VFLA [RusAF] leadership and its involvement in the 'Lysenko case' did not lead to the restoration of the organisation’s rights, but, on the contrary, exacerbated the problems to the real threat of complete exclusion from the International Federation,” Stanislav Pozdnyakov, the ROC President, said.

"This negates the diplomatic efforts that were made, in particular, by the ROC to ensure the participation of our athletes in the Olympic Games in Tokyo as part of the Russian Olympic team, discredits all Russian sports, inflicts tremendous reputation damage on our country as a whole and undermines the foundations the integrity of the Olympic Movement.

"We proceeded from the adequacy of the measures taken by the RusAF and the veracity of the information provided.

"Now our position is unequivocal.

"An extraordinary report and election conference should be convened as soon as possible, as a result of which there will be a complete replacement of the entire leadership of the RusAF and the early termination of powers of the current Presidium.

"This is the main recommendation following today's meeting of the ROC working group.

"If this recommendation is not taken into account, we, for our part, will consider the issue of VFLA membership in the Russian Olympic Committee at the next meeting of the Executive Committee.

"At the same time, it is necessary to formulate a clear plan of operational steps for cooperation with World Athletics and other international structures."

Shlyakhtin, appointed RusAF President in 2016, was suspended by the AIU for his involvement in the obstruction of a probe into whereabouts" violations committed by world indoor high jump silver medallist Danil Lysenko.

The AIU concluded following a 15-month probe that RusAF officials had been involved in the provision of false explanations and forged documents to the AIU in order to explain whereabouts failures by the athlete.

Pozdnyakov said the key for the ROC was to ensure Russian athletes will be able to participate at Tokyo 2020.

"The key for us remains the issue of ensuring the participation of Russian athletes in the Olympic Games next year," he said.

"We are doing our best for pure athletes who have qualified in this sport to perform in Tokyo.

"They have nothing to do with the accusations against RusAF officials; their right to fight for Olympic medals must be respected."