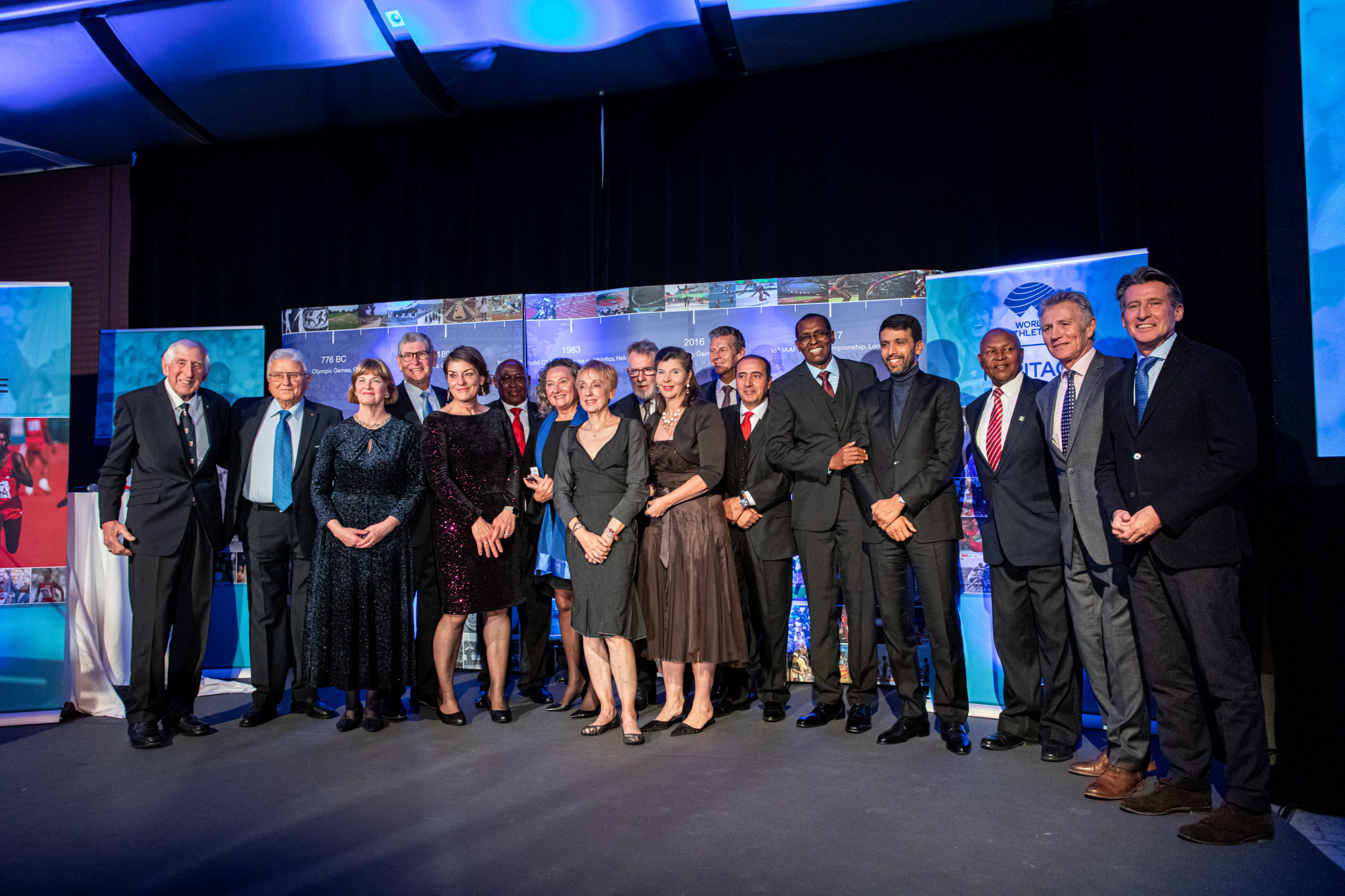 The 80-year-old, who won Olympic 800 metres gold at Rome 1960 and did the 800m and1500m double four years later in Tokyo, eventually decided not to risk the long flight from his home  to Nice after falling ill again when he got to the airport at his home in Dallas.

But after recovering he still arrived at the airport to try and board his flight.

"I am deeply disappointed in not being able to join you tonight," Snell said.

"I felt that it was too risky to board an eight-hour flight given how poorly I was feeling at the time.

" I wish my mile record colleagues all the best and hope you have a wonderful evening.

"Thanks to Seb Coe and World Athletics for making it happen."

Earlier, Australia’s 1960 Olympic 1500m champion Herb Elliott sent his regrets at not being able to join the gathering.

"I wish I could be there with you because we’ve shared some wonderful experiences together in the mile, and you are my brothers," he said.

Roger Bannister and Diane Leather Charles, who respectively became the first man to run the mile in under four minutes and the first woman to break the five-minute barrier for the distance, were both honoured at the event, which included eight of the last 10 living men’s outdoor world record holders.

Bannister and Leather Charles, who both achieved their barrier-breaking performances in May 1954, were recognised in the posthumous "Legend" category.

During the celebration, Coe also announced eight recipients of the World Athletics Heritage Plaque, six of which were related to the mile.

The World Athletics Heritage Plaque is a location-based recognition which highlights, celebrates and links together iconic and historic athletics competitions, careers, performances, cities, venues, landmarks and culture around the world.

The plaque is awarded for an outstanding contribution to the worldwide history and development of athletics.

Four world famous mile races and their host meetings were recognised in the "Competition" category.

Britain's Emsley Carr Mile was founded in 1953 in the memory of Sir William Carr, a former editor of the News of the World, to help inspire a successful sub-4 mile attempt.

New York’s Millrose Games, established in 1908, is the world’s oldest indoor meeting. Millrose’s headline event is the Wanamaker Mile, begun in 1926, which has seen six wins by Glenn Cunningham in the 1930s, seven by Eamonn Coghlan in the 1970s and 1980s and eight by Bernard Lagat in the 2000s.

The Oslo Bislett Games was founded in 1924 but its modern history began under Arne Haukvik’s direction in 1965. Its marquee attraction is the Dream Mile, first run in 1976. which has seen three world records, one each from Britain’s Coe, Steve Ovett and Cram.

Eugene’s Prefontaine Classic, started in 1975, and the Bowerman Mile, established in the same year, was recognised in two categories, "Competition" and "Legend", given its history has been successfully driven by the memory of Oregon’s 24-year-old Steve Prefontaine who died in a car crash in 1975.

The seventh plaque recipient was Brussels’ Memorial Van Damme, established in 1977. which was also honoured across the categories of "Competition" and "Legend" for equally tragic reasons.

The meeting was created to honour the memory of Belgium’s 22-year-old Ivo Van Damme, whose life was lost in a car crash in December 1976, just months’ after he won 800m and 1500m silver medals at the Montreal Olympic Games.

The eighth plaque recognised the Indoor Meeting Karlsruhe in Germany.

Established in 1985, two of the current women’s world indoor records were set in the southeastern German city - Genzebe Dibaba at 1500m in 2014 and Susanna Kallur at 100m hurdles in 2008.