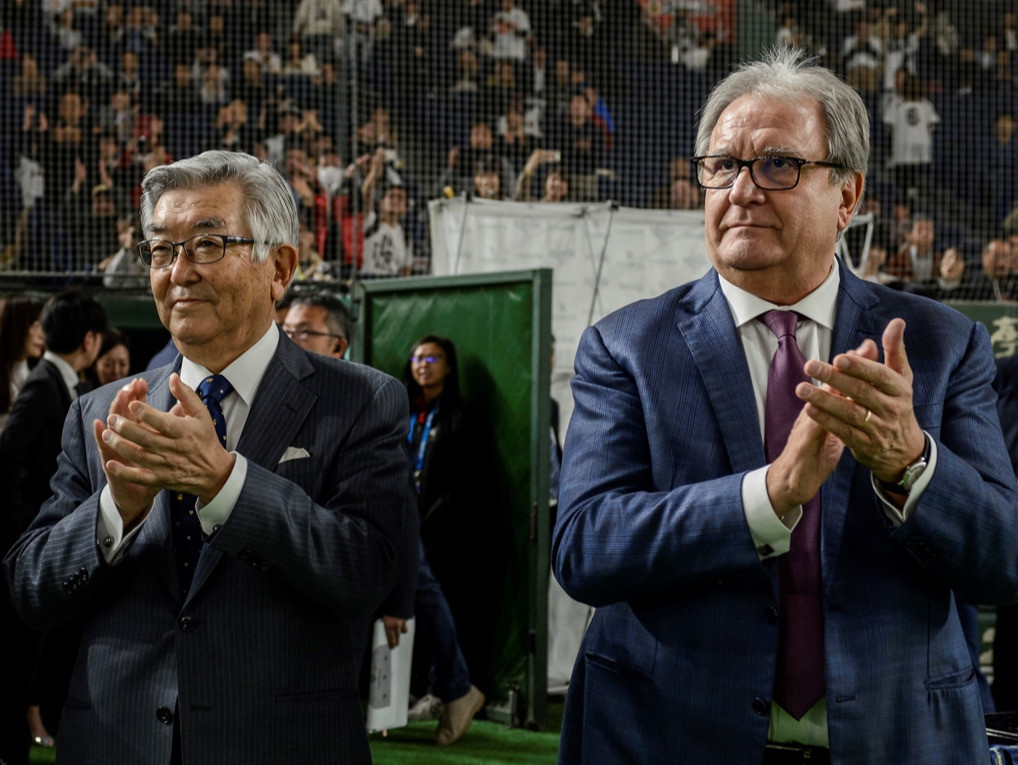 The Premier12 slogan is the "Global Baseball Battle", which recognises the wide range of teams who participated in the two-week tournament and the qualification process that sees a team's ranking take into account all age categories - under-12, under-15, under-18, under-23 and senior.

Fraccari was among those present at the final on Sunday (November 17), when Japan beat South Korea 5-3 at the Tokyo Dome.

"The format based on our ranking works," he said.

"The position in the ranking helps define the real strength of a baseball programme, since also youth events guarantee points.

"The Premier12 helps the internationalisation and the globalisation of baseball - this is a fact.

"The game needs to be global."

"We discussed together with Riccardo Fraccari how to make baseball even more global," he said.

"I think the globalisation of soccer needs to be our benchmark.

"I really appreciate the way international soccer gets fans and players excited."

He added: "We as the NPB are very much in favour of the globalisation of baseball.

"I think it is a way to attract more people to baseball and fight back the growth of other sports.

"We are seriously competing with them for the attention of fans."

Saito, who was named NPB Commissioner in November 2017, is an avid baseball fan.

"We enjoyed very exciting games during the Premier12," he said.

"All the participants did an excellent job and the fans enjoyed it very much.

"Global baseball is a lot of fun.

"The level of the teams was very high.

"Japan enjoyed the tournament the most, of course.

"I want to congratulate every team."

Prior to the final, Mexico qualified for the Olympics for the first time after defeating the United States 3-2 in the third-place playoff.

Both finalists had already secured Tokyo 2020 qualification - Japan as hosts, and South Korea as Asia/Oceania representatives.