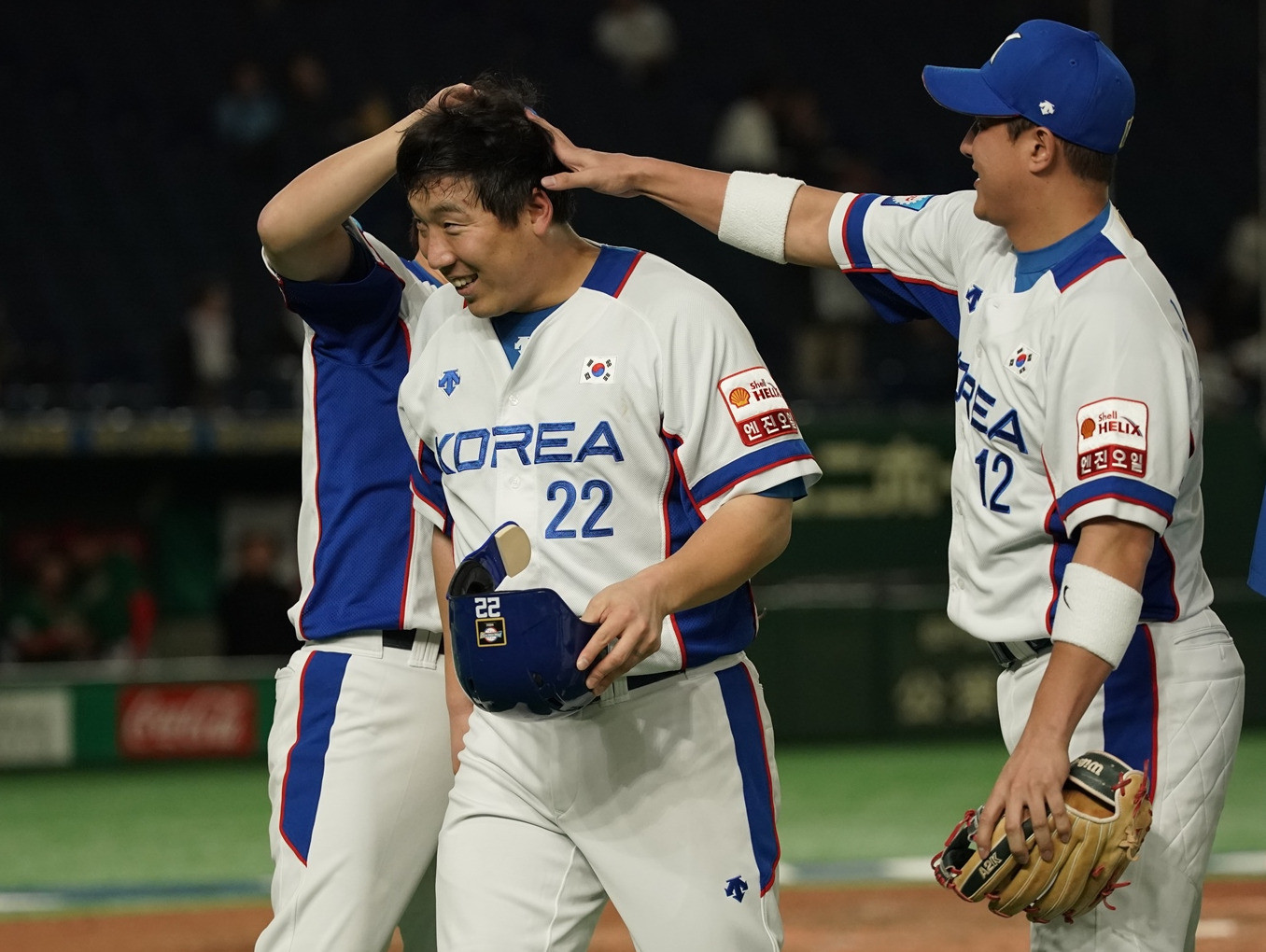 South Korea sealed their qualification for the 2020 Olympic Games with a 7-3 victory against Mexico, confirming their place in the World Baseball Softball Confederation Premier12 final in Tokyo.

A seven-run fifth inning rally was enough to secure a win that lifted the Koreans to second place in the super round and a spot in the final against world number one side and hosts Japan.

Mexico had edged into the lead on a two-run home run by Jonathan Jones before South Korea upped the ante at Tokyo Dome to earn the Asia/Oceania region berth for the Olympic Games.

The Mexican bullpen faced 11 Korean batters before collecting the three outs of the bottom of the fifth.

Four relievers needed 64 pitches to complete the task, but only 35 were strikes.

Mexico will play in the bronze-medal game and could still reach Tokyo 2020 through the Americas spot.

But they will have a fierce battle on their hands after the United States climbed to fourth spot in the super round table with a 3-2 win against Chinese Taipei.

Brent Rooker homered in the bottom of the seventh with a runner on base to put the US ahead and a tight finish to the game saw them hold out for victory.

It was only a fifth hit for the US off Chinese Taipei's amateur pitcher Wu Sheng Feng, who kept his rivals off balance with a strong use of change up and breaking pitches.

Earlier in the match, Chinese Taipei lead-off hitter and former Major Leaguer Hu Chin-Lung had homered on a 149 kilometres per hour fastball by reliever Brian Flynn to give Chinese Taipei the lead in the top of the sixth inning.

Star center fielder Jo Adell kept the US in the game before Rooker edged them ahead.

Adell singled, stole second and scored in the bottom of the first on a base hit by first baseman Andrew Vaughn, before preventing a run with a leaping catch by second baseman Kuo-Yen Wen.

Noah Song pitched a perfect eighth inning for the US, using 13 pitches, nine of them for strikes, and scored the fastest pitch of the 2019 Premier12 with a 159 km/h effort.

Brandon Dickson needed only 11 pitches to get through the ninth and earn the save, as the US climbed to fourth in the super round table, with just the top four progressing to the medal round.

Australia and Chinese Taipei play each other in the super round tomorrow, but both sides need a big victory to overhaul the US to earn a place in the bronze-medal match,

South Korea and Japan will contest the last of the super round fixtures as a precursor to Sunday's (November 17) final.