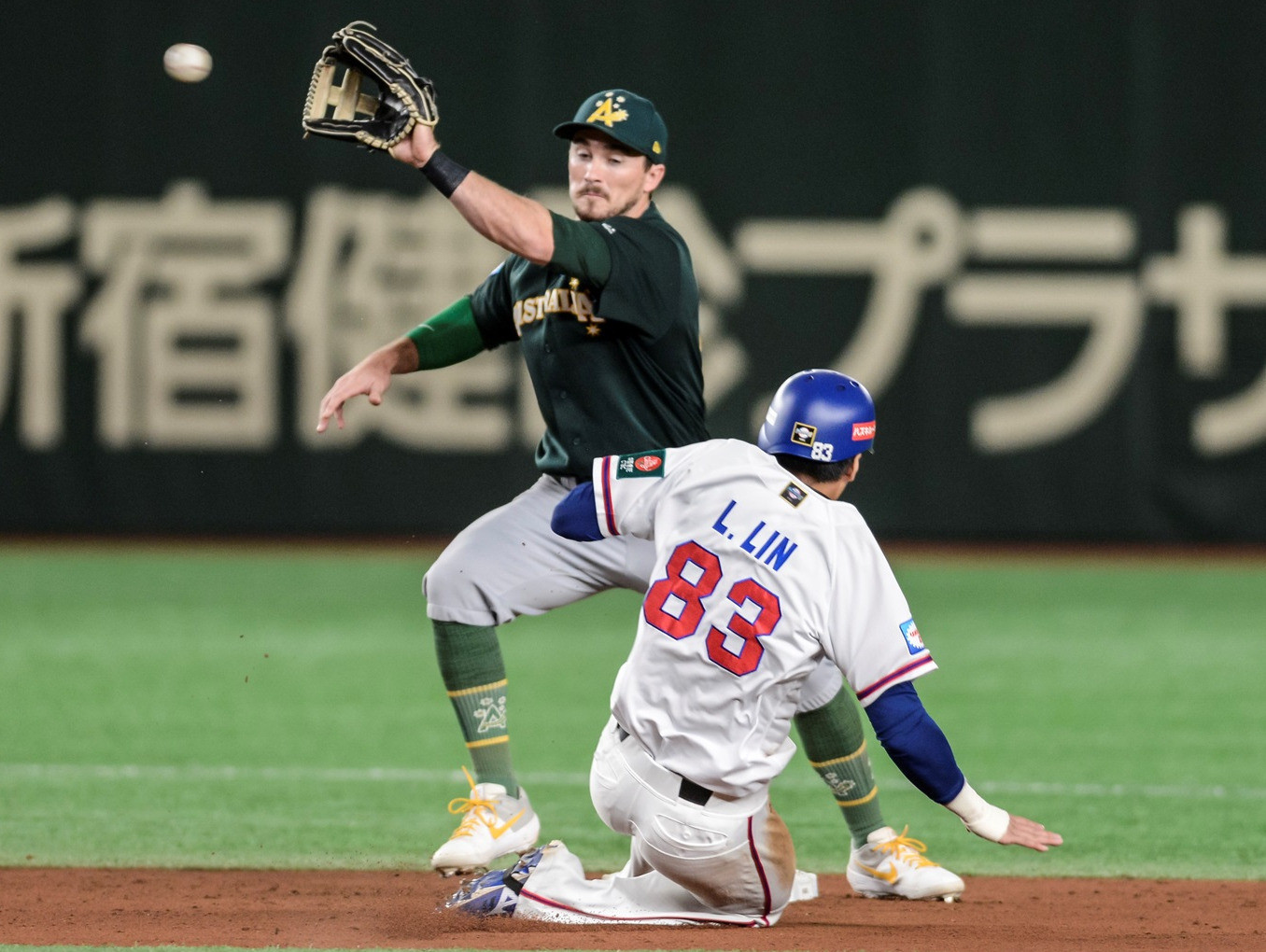 Chinese Taipei secured just their second win of the World Baseball Softball Confederation Premier12 super round, ending Australia's hopes of reaching the medal round and sending the United States into the bronze-medal playoff and a chance to claim a Tokyo 2020 spot.

Fifth placed Chinese Taipei could not progress to the medal round, but instead catapulted the United States and Mexico into a winner-takes-all bronze-medal playoff, which will also decide the Americas representative at the Tokyo 2020 Olympic Games.

At Tokyo Dome, Chinese Taipei used a four-run eighth inning at-bat to break the tie and claim a 5-1 win against the Australians, who finish bottom of the super round table.

Josh Tols, the fourth pitcher sent to the mound by Australia, recorded the first out on strikes, before walking substitute shortstop Yueh Tung Hua on four pitches.

Ryan Searle took over for Tols and went ahead in the count with third baseman Wang Wei Chen.

He then gave up a base hit that took Yeuh to third and center fielder Hu Chin-Lung drove the second offering deep into the left-field bleachers for a three-run home run.

Australia blew a chance to take the lead earlier in the game.

Chinese Taipei sent Wang Tsung Hao to the mound to record the second out and Wang Yao Ling struck out pinch hitter Wade Dutton to end the threat.

World number one side Japan defeated South Korea in a prelude to tomorrow's final as they completed the super round with a 10-8 win at Tokyo Dome.

The match took 3 hours 43 minutes to complete as Japan claimed the psychological edge ahead of the Premier12 final tomorrow evening.

The US and Mexico's third place playoff will precede the final.