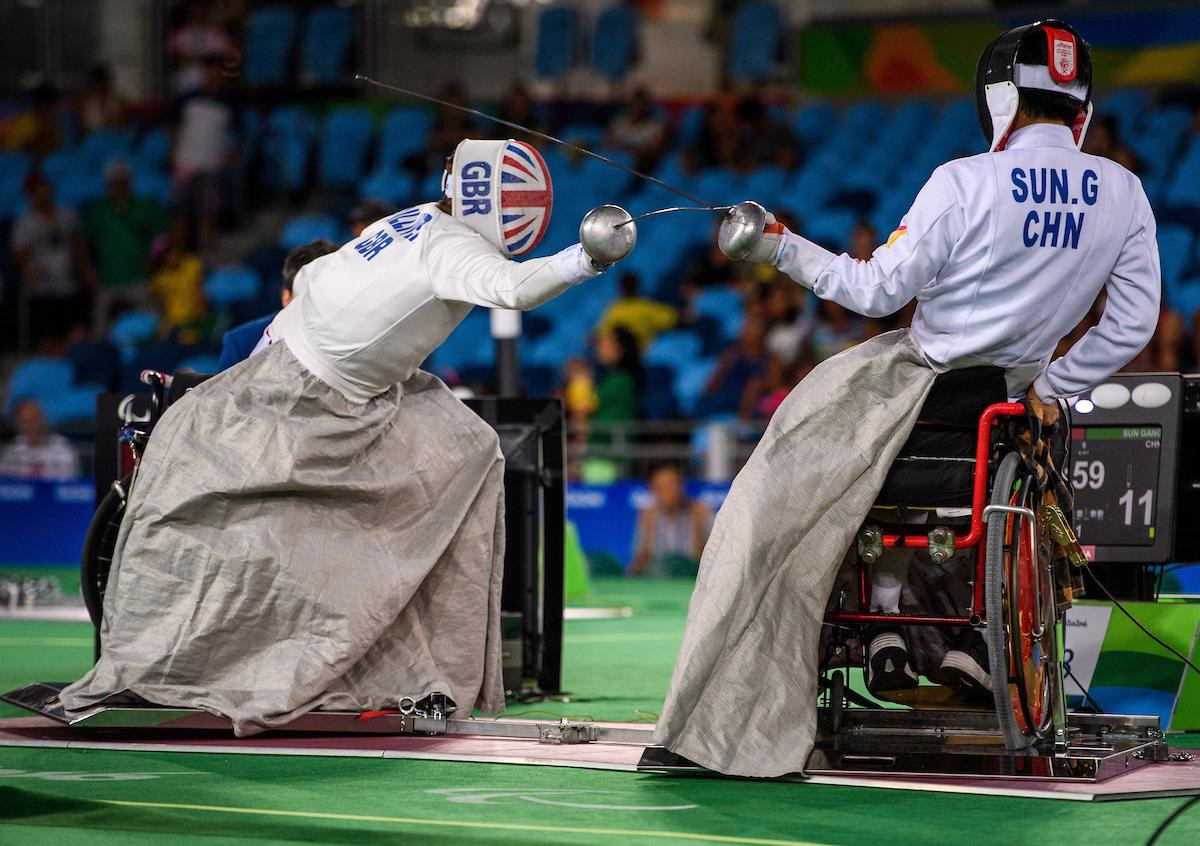 Sun Gang of China narrowly defeated Richard Osvath of Italy to claim gold in the men's foil A, at the International Wheelchair and Amputee Sports Federation (IWAS) Wheelchair Fencing World Cup in Amsterdam.

Sun earned China's fourth gold medal of the competition after edging past Osvath 15-14 at Sporthallen Zuid.

His compatriots Chen Liqiang and Zhong Sai Chun were the bronze medallists.

Dimitri Coutya of Britain topped the podium after triumphing in the men's épée B final, easing past Alexander Kuzyukov of Russia 15-5.

Bronze went to Jovane Guissone of Brazil and Yohan Peter of France.

Kinga Drozdz was the winner in the women's sabre A competition, having overcome Eva Andrea Hajmasi of Italy 15-8, with Wang Xiujian of China and Yevheniia Breus of Ukraine completing the podium.

In the women's sabre B event, Rossanna Pasquino of Italy was the victor.

She defeated Tan Shumei of China 15-7, while Olena Fedota and Nadiia Doloh of Ukraine finished with bronze.

Competition continues tomorrow with the women's foil A and B, men's épée A and sabre B.