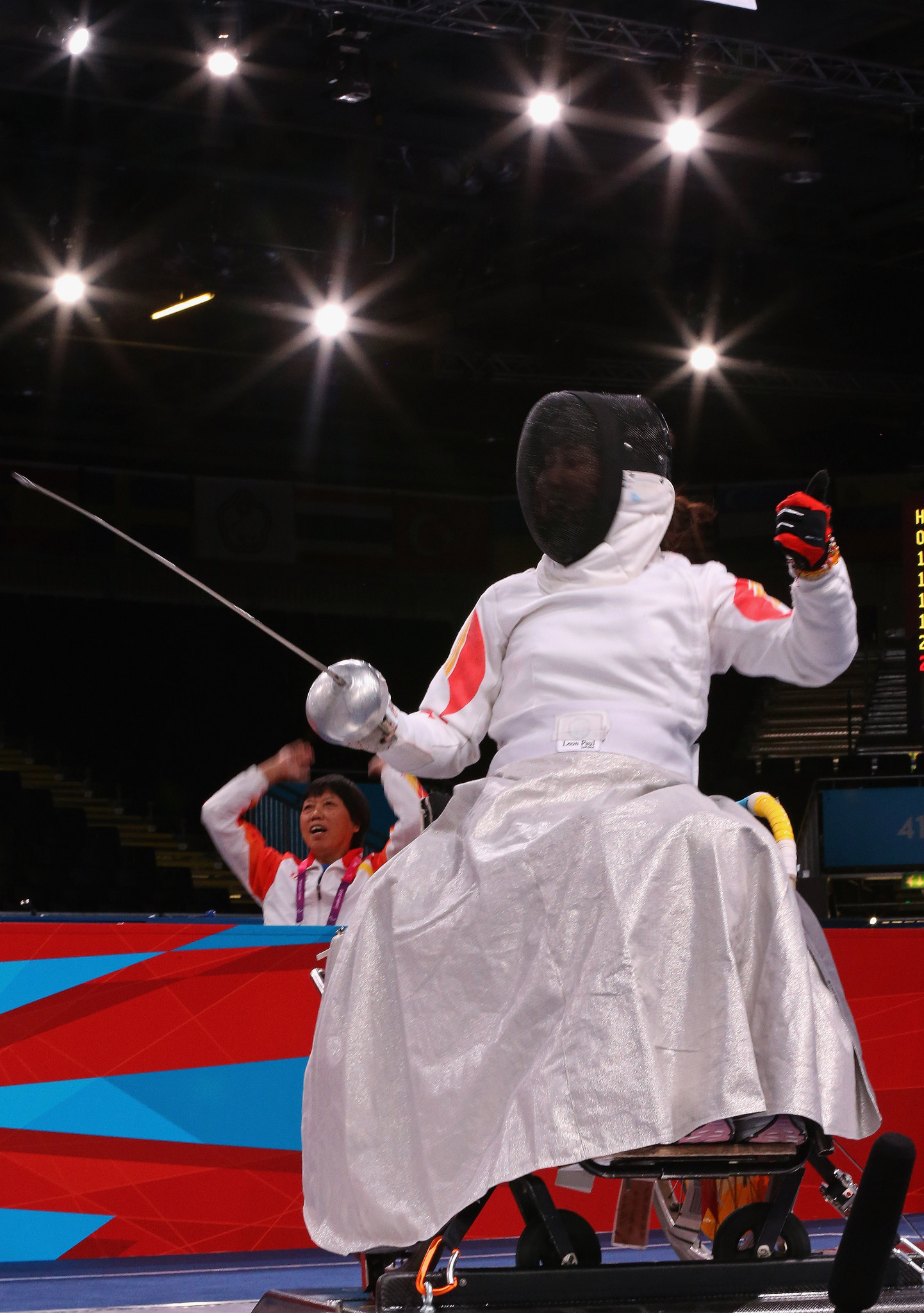 World champion Tan Shumei was among China's gold medallists on a successful opening day for the country at the International Wheelchair and Amputee Sports Federation Wheelchair Fencing World Cup in Amsterdam.

Tan beat Thailand’s Saysunee Jana 15-13 in the women’s épée B final at Sporthallen Zuid in the Dutch capital.

Russians Viktoria Boykova and Irina Mishurova were the bronze medallists.

There was also success for China in the women’s épée A and men's sabre A finals, through Rong Jing and Tian Jianquan respectively.

Update on our GBR fencers from the IWAS World Cup in Amsterdam, The Netherlands.

The women’s épée A bronze medals went to Ukraine’s Yevheniia Breus and Hong Kong’s Yu Chui Yee, while the men's sabre A podium was rounded off by Great Britain’s Piers Gilliver and Germany’s Maurice Schmidt.

There was disappointment for China in the men's foil B final, however, as Britain’s Dimitri Coutya beat Hu Daoliang 15-10.

Action in Amsterdam is due to continue tomorrow.