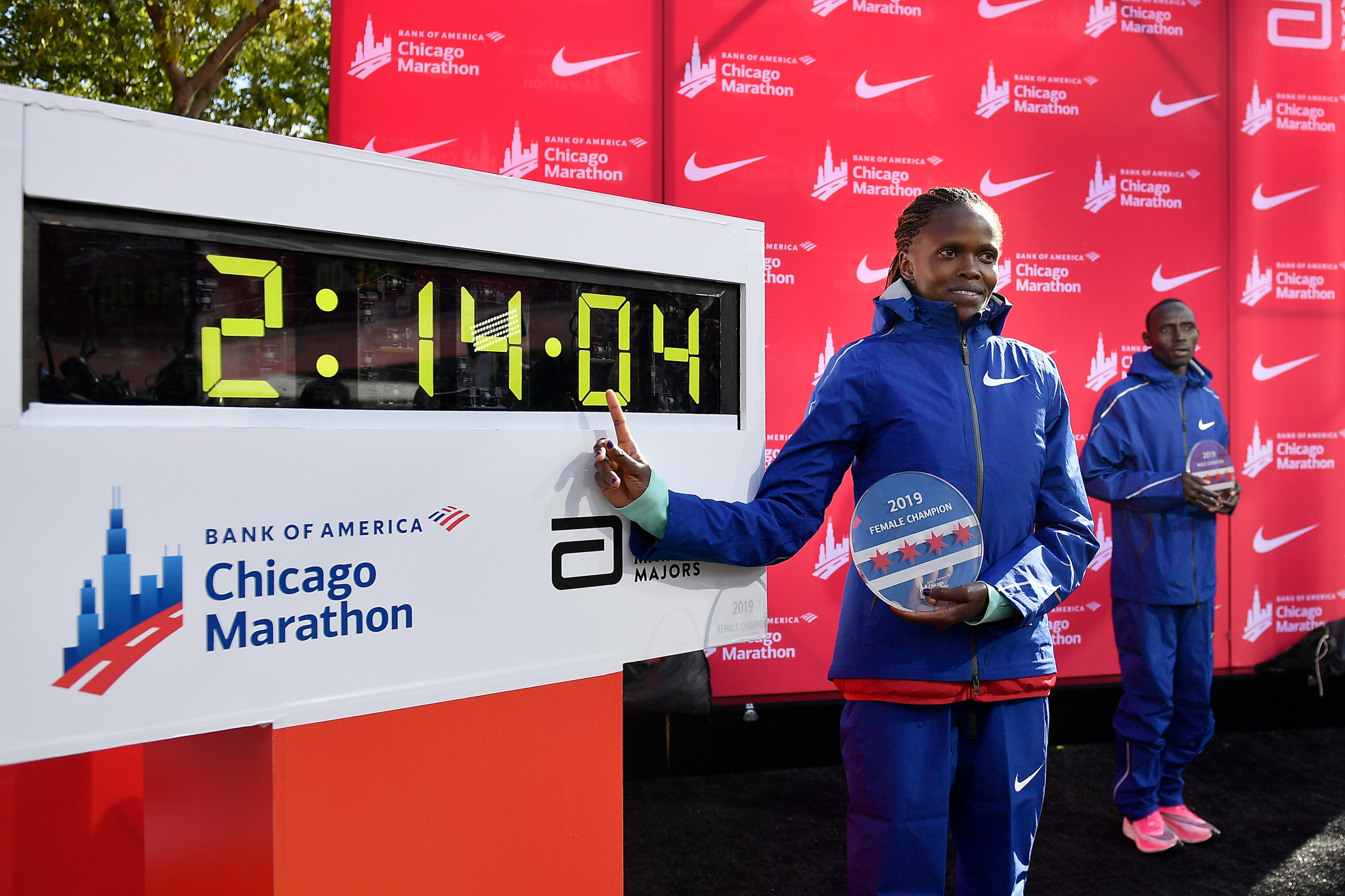 Kenya's Brigid Kosgei, who broke Paula Radcliffe's 16-year-old marathon world record in Chicago last month, has been named as one of five finalists for the Female World Athlete of the Year 2019 award.

The quintet remain in the frame for the prestigious prize after an initial shortlist of 11 athletes was whittled down.

Her year has also included Pan American Games gold over 200m in Lima.

Her victories came either side of her learning that her coach, Alberto Salazar, had been banned for four years by the United States Anti-Doping Agency for a series of irregularities.

Ethiopian-born Hassan has also won Diamond League titles over 1,500m and 5,000m this year and broke the world mile record by clocking 4:12.33 in Monaco.

Muhammad excelled in the 400m hurdles at the World Championships, winning gold in a time of 52.16 which broke the world record she set herself earlier in the year.

She added the 4x400m relay world title with the American team.

Rojas won the triple jump world title with 15.37m and is the only field athlete named as a finalist.

She also jumped a world leading 15.41m this year, the second-best jump in history, and won at the Pan American Games.

The original list of 11 was trimmed down after a three-way voting process.

Votes from the Council counted towards half of the result, with the Athletics Family and fan votes counting for 25 per cent each.

Both the Male and Female World Athlete of the Year will be announced at the World Athletics Awards in Monaco on November 23.