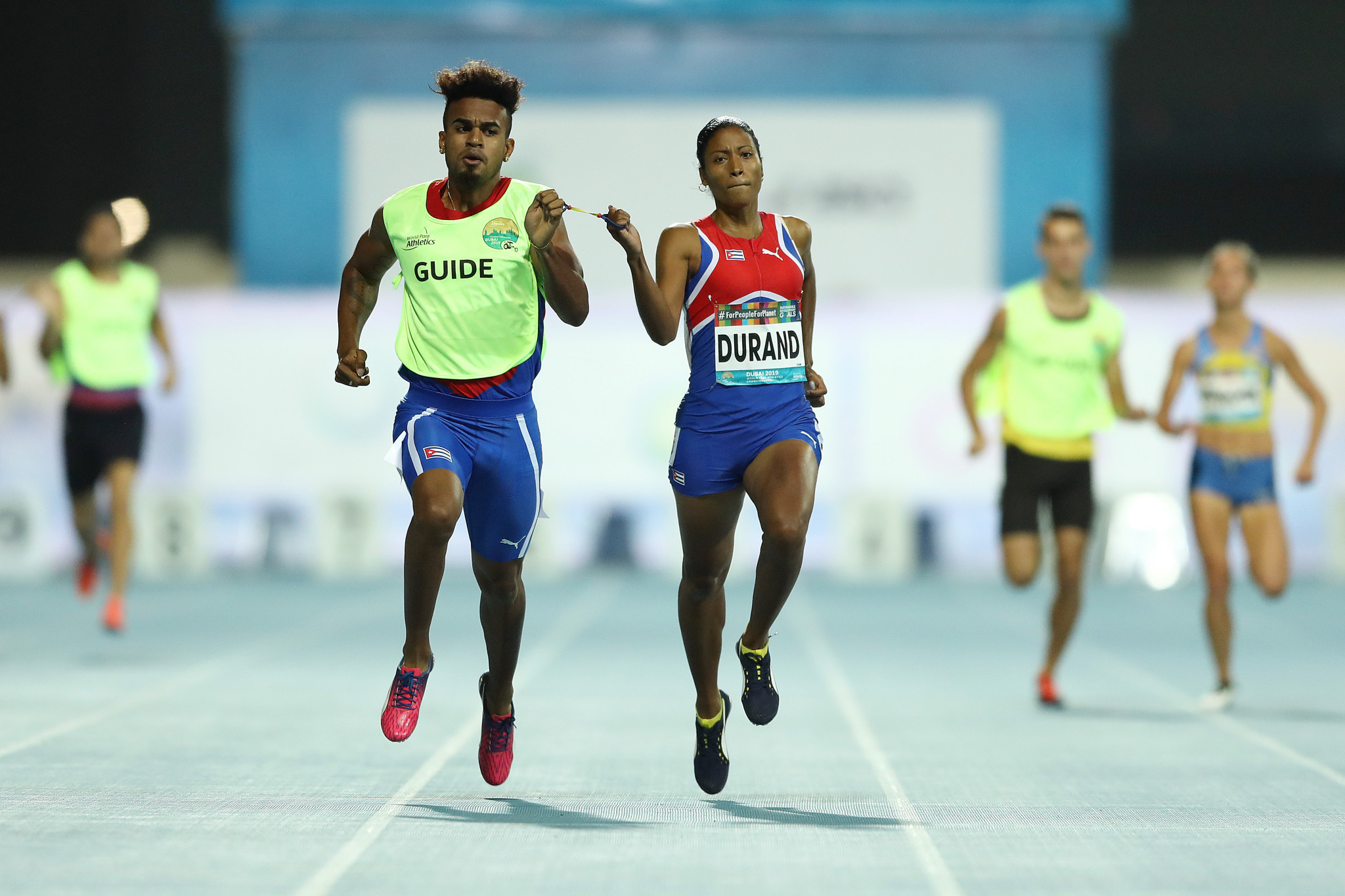 Cuba’s sprint queen Omara Durand won a 10th global crown in as many years as she stormed to victory in the women’s 100 metres T12 final at the 2019 World Para Athletics Championships in Dubai.

Durand triumphed in a season’s best time of 11.66sec at the Dubai Club for People of Determination.

"It has been 10 years without losing and this is something amazing," Durand, whose last loss came at the Beijing 2008 Paralympic Games, said.

"The key is to train hard and give the best every day.

"This gold medal is for all the people that love me.

"It’s for Cuba, for my coach, my daughter, my husband, for all my family.

"I want all the people who loves me to enjoy this medal."

Germany's Johannes Floors dominated the men's 100m T64 final to clinch the gold medal with a time of 10.60.

Floors had already showed his credentials with a world record time of 10.54 in his heat yesterday.

There was also a first medal of the Championships for France, thanks to Adolphe Timothee's win in the men's 400m T11 final in 50.91.

Marlene van Gansewinkel of the Netherlands led the event since the first of the six jumps with 5.24m until she was overshadowed by 34-year-old Nakanishi's effort of 5.37m.

Van Gansewinkel still had one attempt left and improved her mark to 5.28m, but it was only enough for the silver medal ahead of Australia's Sarah Walsh with 5.20m.

After world records galore in previous sessions, there was only one new mark set this evening.

Among the athletes breaking world records this morning were China's Zhao Yuping in the women's javelin throw F13 and Ukraine's Zoia Ovsii in the women’s club throw F51.

Zhao managed a throw of 46.00m, with Russia’s Anna Kulinich-Sorokina second on 38.87m and Uzbekistan's Nozimakhon Kayumova third on 38.86m.

A throw of 25.23m saw Ovsii triumph ahead of Great Britain's Joanna Butterfield, the runner-up with 21.67m, and Russia's Elena Gorlova, the third-place finisher with 20.34m.

American Deja Young set the third world record of the day in the third heat of the women’s 100m T47 event, with a time of 11.92.